3 Bizarre Secrets about the History of Disney’s Hollywood Studios 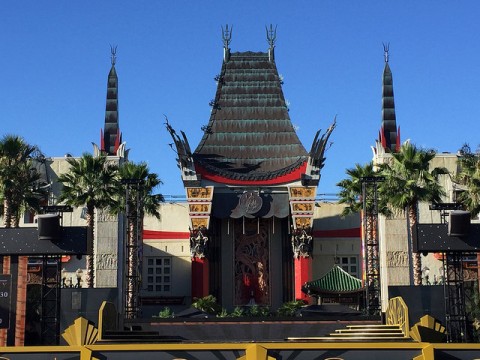 Given the company’s rich history within the animation and film industries, creating a Hollywood-inspired theme park should have been a no-brainer for Disney.

The idea initially grew from an abandoned concept for an entertainment-themed pavilion at Epcot. Informally referred to as the ‘Movie Pavilion,’ Imagineers envisioned a land dedicated to Disney films, cartoons, and the movie-making process. Situated somewhere between The Land and Journey to Imagination, potential attractions for the Movie Pavilion included an Audio-Animatronic show that took viewers through iconic moments in cinema history.

The proposed pavilion was ultimately scrapped, but those rudimentary plans soon became the basis for a new, full-sized park. On May 1, 1989, the company formally introduced Disney-MGM Studios -- a theme park designed to evoke the feeling of Hollywood’s Golden Age and honor and celebrate achievements in the film industry. Celebrities turned out in droves for the official dedication, among them Annette Funicello, Mickey Rooney, George Burns, Jimmy Stewart, Dick Van Dyke, and Mouseketeer Annette Funicello, who was the first to cement her handprint in the forecourt of the replicated Grauman’s Chinese Theater. The park reached capacity not an hour after it opened that morning, a sure sign that Disney had struck gold yet again.

Of course, what looked flawless to guests had caused Disney a lot of trouble behind the scenes. In the years leading up to the opening of Disney-MGM Studios, the company had to contend with the neighboring Universal Studios, whose plans for their own Florida-based Hollywood theme park put pressure on Disney to beat them to the punch. Complicating matters even further was the issue of negotiating and paying for the rights to non-Disney properties that Disney wanted to use in the park, as was the case with nearly every scene in the Studios’ main attraction: The Great Movie Ride. And, as Disney-MGM Studios expanded and improved in the decades that followed (eventually morphing into the more contemporary Disney’s Hollywood Studios), Disney struggled to squeeze in films and attractions that seemingly had very little to do with the vintage Hollywood vibe they built into the park’s foundation.

Here are some of the more bizarre problems Disney faced and the creative ways they tried to make such an ambitious park work...

Several major movie stars refused to be featured in The Great Movie Ride. 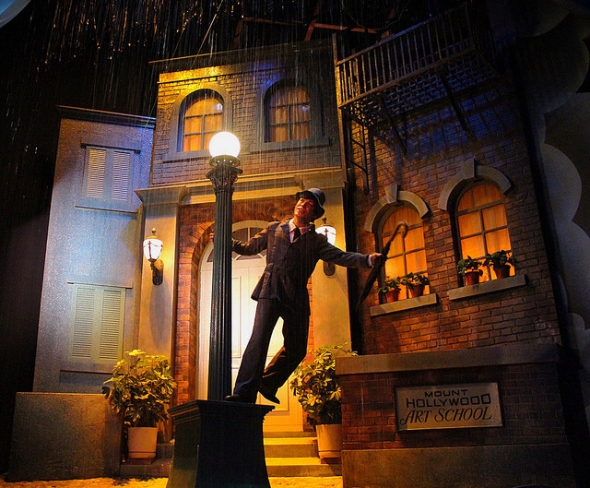 For some Hollywood elite, being immortalized as an Audio-Animatronic figure in a famous Disney Parks attraction is an honor. Johnny Depp, best known to Disney fans for his portrayal of Captain Jack Sparrow in the Pirates of the Caribbean franchise (and, to a lesser extent, as the fiery-haired Mad Hatter in the Tim Burton reboot of Alice in Wonderland), has made frequent visits to his pirate doppelgänger in Pirates of the Caribbean since it was first installed in 2006. Gene Kelly, whose joyous Don Lockwood character made an iconic appearance in the now-defunct Great Movie Ride, was similarly delighted by Disney’s designs... though had he stood in for the Lockwood animatronic in the years preceding his death in 1996, it might have been too obvious a switch for the 70-something-year-old to make.

Others have approached the opportunity with a little more hesitation--or, in rare cases, outright distaste. Among those who turned down Disney’s offer to have their likeness roboticized in The Great Movie Ride was Oscar winner Lee Marvin. Marvin died two years before the attraction premiered, but his family refused to authorize an animatronic version of his most well-known character: Kid Shelleen from the 1965 Western comedy Cat Ballou. Rumor had it that Marvin’s children were none too eager to see their father memorialized as the gunfighter-turned-drunk he played on screen.

Luckily for Disney, Clint Eastwood was a willing substitute -- that is, he was gracious enough to approve the Audio-Animatronic Disney commissioned without first seeking his permission. Author Jim Hill revealed that Imagineer Frank Wells stepped up to the plate after the unsightly fallout with Marvin’s family. Wells told Disney that he felt confident he could persuade his friend and former client to sign off on the project; so confident, in fact, that he had Eastwood’s figure commissioned, constructed, and covered from the neck up with a very period-accurate paper bag. 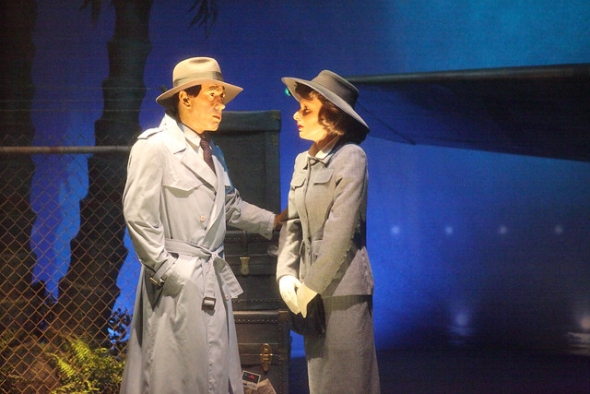 It must have come as a big relief to the rest of his department when, just 10 days before the scheduled opening of Disney-MGM Studios and The Great Movie Ride, Wells finally succeeded in getting Eastwood down to the Studios to sign the papers. The paper bag came off, Eastwood was surprised and flattered by the figure’s addition to the ride, and the proper papers were signed to ensure animatronic-Eastwood’s permanent place in the park. (Fun fact: Unlike Marvin’s Shelleen, Disney elected not to pattern Eastwood’s figure after any particular character, likely due to the unexpected time crunch and complicated protocol for securing official authorization. Instead, the austere cowboy robot calls to mind Rawhide’s Rowdy Yates, Joe Kidd’s Joe Kidd, and others from Eastwood’s extensive oeuvre of Westerns.)

Disney ran into another snafu while composing the Casablanca tableau featuring Rick Blaine (Humphrey Bogart) and Ilsa Lund (Ingrid Bergman). While the company acquired the rights to use both Bogart and Bergman’s likenesses, Bergman’s family refused to allow any audio clips of the late Oscar-winning actress speaking her lines. Whether the family took issue with the choice of film (Bergman allegedly said she felt Casablanca was not among the most important films of her career) or whether their decision stemmed from more private reasons has not been reported.

Still, there appears to be no bad blood between Bergman’s surviving family members and the Disney corporation, as they had reportedly been spotted riding the attraction from time to time prior to its closure in 2017.