To See These 10 AMAZING Animatronics, You'll Have to Wait... Literally. 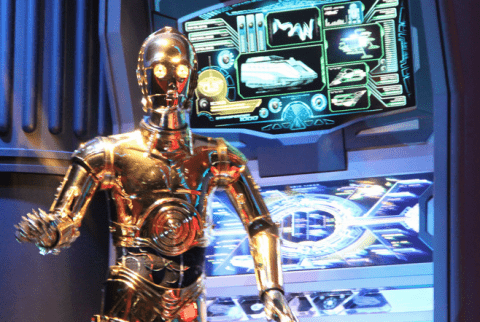 Here at Theme Park Tourist, we love Audio Animatronics – no apologies. Audio Animatronics bring Disney and Universal rides to life. No screen can replace the power of seeing Abraham Lincoln stand before you; the terror of a gargantuan monster snapping its jaws in your direction; the awe of seeing dozens of birds begin to sing... And that celebration of this astounding artform is what lead us to create our must-read Countdown: The 25 Best Audio-Animatronics on Earth.

But of course, our love for Audio-Animatronics doesn't just stop with the "best." The ways that Disney and Universal use these incredible creations extends far beyond just headlining moments in E-Ticket rides... Which is why our analysis of Animatronics continues with a countdown of figures you'll find where you need them most: while waiting in line.

It may seem odd that Disney would go through the time and expense of having these characters in lines... But that's exactly where they're needed most! More than in a split-second encounter on a ride, these Animatronics in queues entertain, inform, and add life to an otherwise boring wait. 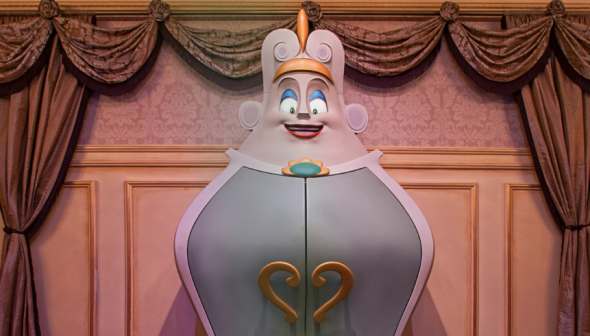 Where does the queue end and the attraction begin? That's the unexpected question raised by Enchanted Tales with Belle, one of the headlining attractions that opened as part of Magic Kingdom's New Fantasyland in 2012. A so-called "play-and-greet," the attraction invites guests into a hybrid walkthrough / show / meet-and-greet experience that includes an inexplicable special effect to transport guests from Belle's cottage to the Enchanted Castle...

Once arriving, guests convene with the Wardrobe from the film, who helps Cast Members assign roles for the mini-play that follows. The Wardrobe isn't just an incredibly sophisticated Audio-Animatronic with an unbelievably lifelike movements... she's also... you know... a wardrobe, holding the costumes and name cards that guests adorn for the experience.

While we may not know if the Wardrobe counts as part of the queue or part of the attraction, there's one thing we can all agree on: Enchanted Tales has one of the lowest attraction capacities ever, making it a very hot ticket for families. 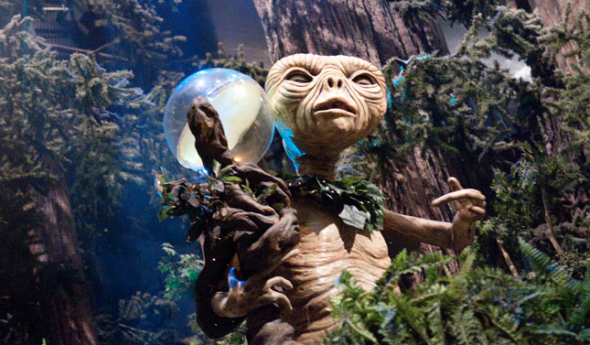 E.T. Adventure opened alongside Universal Studios Florida in 1990. And while the ride may feel a little long in the tooth for today's crowds, there's one part of the experience that you can't help but love: the queue. After a brief introduction by Steven Spielberg (essentially, we need to get E.T. back to his previously-unseen home planet so his magic touch can bring it back to life), guests are released into a moonlit forest famously pumped full of a distinctive pine smell. As the queue wraps through the towering trees, you may just have an extraterrestrial visitor...

In a prism of lasers, guests may recieve a transmission from Botanicus (one of a dozen original characters created for the ride), E.T.'s teacher from the Green Planet he calls home. There's a Yoda-like aura from Botanicus, so his arrival in the forest feels somewhat otherworldly and astounding. Though Botanicus has been known to go months without an appearance, a recent refurbishment has helped his broadcasts to Earth become more regular. 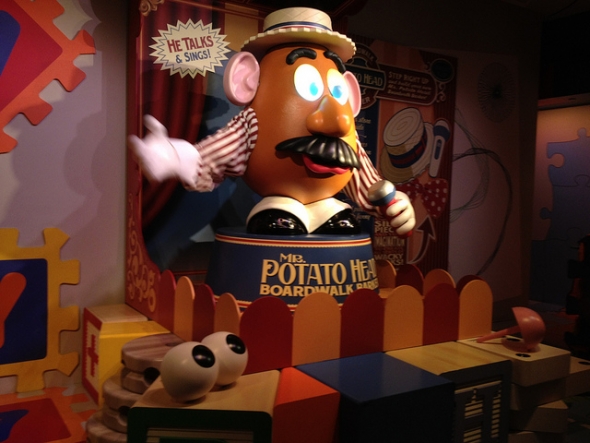 Mr. Potato Head made it onto our list of Animatronics OUTSIDE of Rides thanks to his installation at Disney California Adventure – where he's a literal carnival barker along the park's Pixar Pier. His role in the other two parks he inhabits is slightly different. At Disney's Hollywood Studios and Tokyo Disneyland, he's not positioned to lure in passers-by. Instead, he's queue entertainment!

Luckily, that plays to one of Potato Head's strengths – his interactivity. This spectacular spud can be live puppeted, interacting with waiting guests by name! Mr. Potato Head is known to tell jokes and do tricks (like his famous malfunction: taking out his own ear and losing it), ask guests questions and respond to their answers, and more – all with his famous sense of humor. While California Adventure's figure might be more showy thanks to its boardwalk location, the other Potato Heads actually have a job to do.