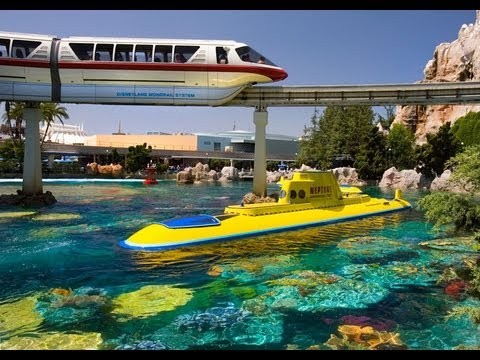 In June of 1959, the first major expansion arrived at Disneyland. Two of the attractions became the first true anchors of Tomorrowland. You’re familiar with the monorail, of course, but the current version of the other attraction is extremely different from its initial intent. Let’s go behind the ride to learn about the complicated history of Finding Nemo Submarine Voyage.

The experience: A deep dive into the seas below

The trick: A number of misleading tricks to mimic submersion 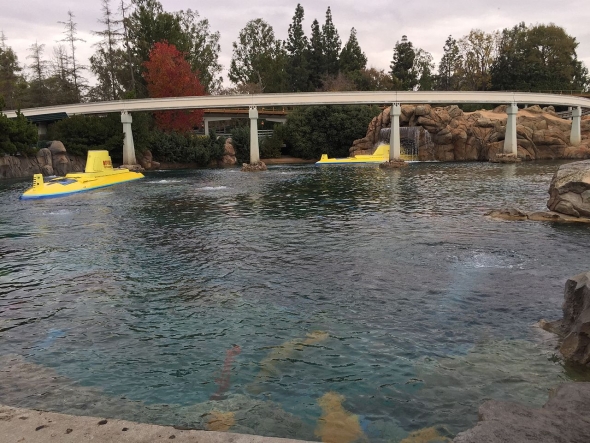 Image: DisneyHave you ever watched one of the submarines travel down its path? If so, you’ve undoubtedly noticed that they never, you know, submerge. The ships stay at the same level around the track, and yes, you can see the track when you look in the water. In other words, the very premise of Submarine Voyage is misleading.

You do board a submarine. Walt Disney proudly bragged about his naval fleet many times. He’d tell reporters that his eight submarines comprised one of the largest fleets on the planet. You’d almost wonder whether Uncle Walt was ready to conquer some foreign soil by sea. He’d hired a naval admiral, Joe Fowler, and then given the man a fleet of submarines. It did seem suspicious.

Disney planned a novel voyage for theme park tourists. He wanted to take them on a voyage under the sea. His inspiration was the U.S.S. Nautilus, the first nuclear submarine. That vessel famously traveled to the North Pole in 1958, the year before the original Submarine Voyage opened. It was the source of inspiration for the Imagineering team. Alas, Disney had a problem. 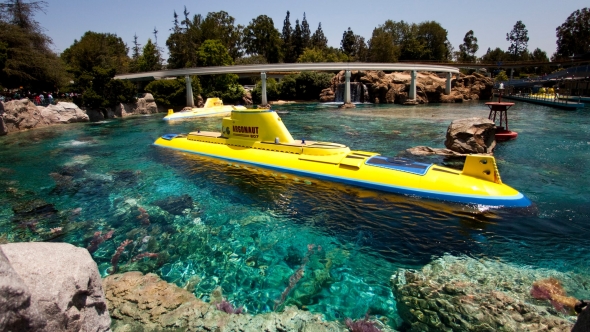 Image: DisneySome guests don’t like to be submerged underwater for an extended period, especially in the claustrophobic setting of a “submarine.” From the early days, the spacing of the ride was problematic. You’d sit in long rows, with most riders effectively sitting in an uncomfortable setting akin to the middle seat of an aisle on an airplane. Then, Imagineers had to persuade these people that they were doing a deep dive when they weren’t.

How does Disney achieve the trick? They use a siren, bubbles, and fixed perspective. The audio cue of a whooping siren creates the impression that something important is happening on the submarine. The bubbles and fixed perspective are twin parts of the same immersive exploit, one that’s desperately needed for the ride to succeed.

Much of the “action” in Submarine Voyage occurs in a ride building, just like many other attractions. The difference is that riders must believe that they’ve sunk 10 fathoms under the sea. Common sense will tell these same riders that they’re barely beneath the surface. They can look up and see that the depth of their perspective is roughly the same as the amount that they walked down to enter the vessel and sit down. 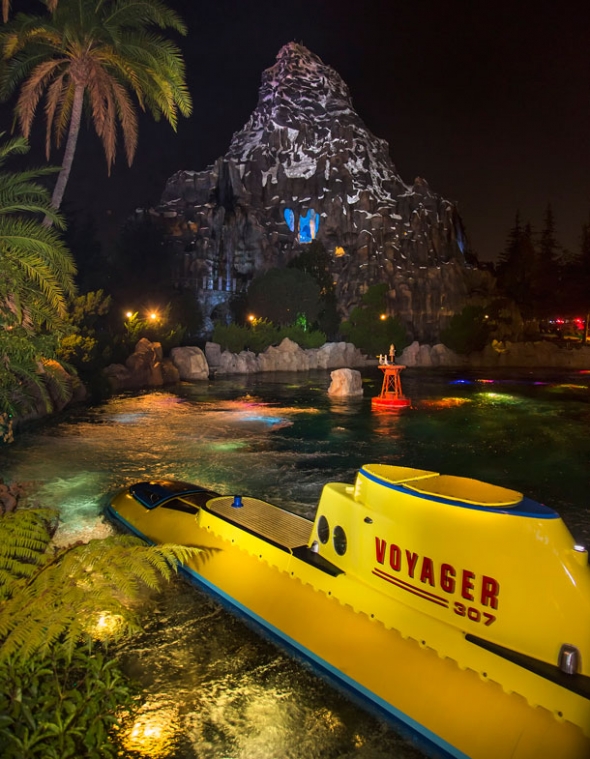 Image: DisneyTo help guests to buy into the illusion, Disney hides the view at the start of the ride. You’ll sit down and look through your porthole at what appears to be a wall of a coral reef. Due to the limitations of the fixed perspective, you cannot look to see how far down you are.

Then, you hear the narration of the submarine captain and his competent assistant. The alarm will blare, and bubbles will obscure your view. The purpose of this entire series of events is misdirection. All the ride vehicle does is to follow a track to a designated location. It’s no different than Jungle Cruise in its motion.

You’re heading into the ride building hidden behind a waterfall, but you can’t tell due to the fixed perspective. Instead, you’ll willingly believe that you’re doing a deep dive beneath the sea. It’s classic Disney Imagineering, the kind that has stood the test of time for 60 years.

The experience: Close encounters with creatures of the sea

From the earliest days, Walt Disney was enamored with the idea of using live created at Disneyland. He famously wanted to host live animals at Jungle Cruise. Stressed Imagineers talked him out of the idea, although it later inspired Disney’s Animal Kingdom. When the Tomorrowland 1959 expansion began in earnest, Disney returned to the premise.

This time, Uncle Walt wanted to place real fish in the giant lake that would host Submarine Voyage. Once again, his team at WED Enterprises was apoplectic about the idea. Time would prove them right. For a brief period, this attraction famously featured cast members dressed in mermaid outfits. The draw of women in skimpy clothing was supposed to sell the attraction. Alas, the combination of overwhelming amounts of chlorine and exhaust from the submarines led to health issues for the mermaids. Fish would have never had a chance.

In place of aquatic life, cast members developed simulated fish. Describing the first batch as audio-animatronics (AAs) is rather generous. Many of the creatures were immobile constructs. Over time, Disney plussed the attraction. They upgraded the original denizens into believable monsters including a monster of the deep and artificial mermaids. 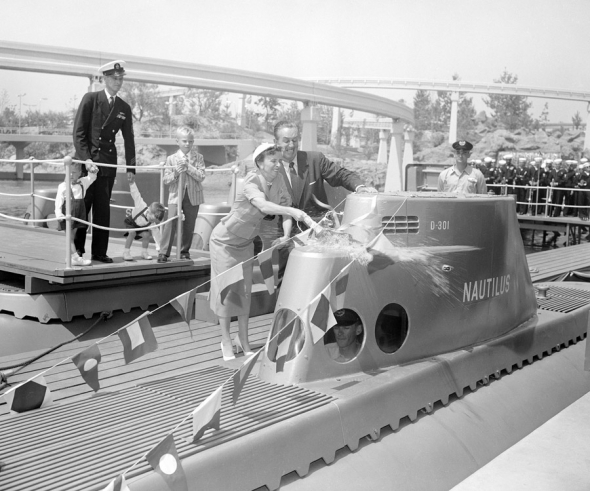 Image: DisneyWhen you ride in the submarine today, you’ll still think of the AAs as amateurish. The harsh reality of Submarine Voyage is that it’s extremely difficult to maintain. The original version required nine million gallons of water to operate.

Disney pared that down for the modern ride, but it’s still 6.3 million gallons. Then, there’s all of the visible parts, all of which reside underwater. Rust and debris are everyday factors. Cast members work all night to keep the attraction clean enough to operate. Major overhauls are extremely difficult. Plus, the last time that Disney did one, it had to shut down monorail operation for an extended period due to the location of the two attractions.

For all of these reasons, the AAs that you see are the most lifelike that Disney could do way back when. They’ve been modernized as much as possible given the oppressive limitations of the underwater set pieces. They could change one element, though…