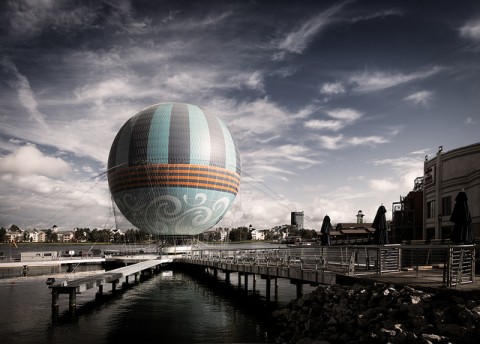 For a long time, the Walt Disney World Resort had something of a problem. During the day, guests could count on its amazing theme parks to provide unique and unparalleled entertainment well worth the steep price tag. But at night, or at times guests could only spare half a day like on arrival or departure days, the options were fairly limited.

Even when Disney expanded its nightlife options with Pleasure Island in 1989, it still felt like the vast majority of vacationers were underserved by the nightclub district.

Disney finally tried to solve this problem in 1995, when it expanded the area and created what was known as Downtown Disney — full of shopping, entertainment, nightlife, and restaurants. For a while, that seemed to work, but by the mid-2000s, Downtown Disney felt stale and dated. Something needed to be done.

Now, two decades after Downtown Disney came into being, that same nightlife district has been completely reimagined as Disney Springs — and, in doing so, Disney has created one of the coolest spots on Walt Disney World property.

Here’s why Disney Springs can’t be missed, whether you’re a local or making your once-in-a-lifetime trip to Walt Disney World. 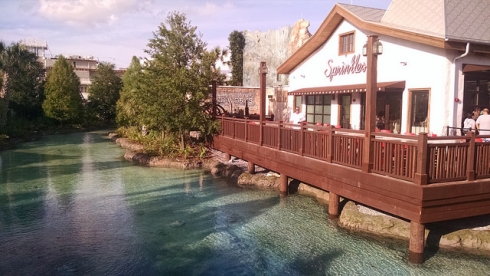 Downtown Disney marked the resort’s first attempt at creating a true culinary destination on property, and it broadly was a success. Restaurants like Wolfgang Puck Cafe and Bongo’s Cuban Cafe added a flair that had been missing up until that point, but weren’t stellar enough on their own to justify a visit for foodies.

With Disney Springs, however, the food is the main attraction.

No matter what kind of food you like, there’s something for you at Disney Springs. Morimoto Asia provides astonishing pan-Asian flavors. Maria and Enzo’s offers delicious Italian cuisine. The Boathouse and Paddlefish craft traditional American takes on seafood and land cuisine. Frontera Cucina allows Rick Bayless to share his interpretations of delicious Latin food.

It would be impossible to describe every dining option at Disney Springs, which ranges from kitschy joints like Rainforest Cafe to high-end chocolate at The Ganachery, to the mainstay Earl of Sandwich. There’s burgers and barbecue, poutine and sausage, cupcakes and vegan woopie pies. Whether you plan to enjoy a fancy night out, or you’re just itching to have a Disneyland-style corn dog from a food truck, there is no place on Disney property more clearly designed to put you in a food coma. Not even Epcot can come close ... unless it’s the Food and Wine Festival, of course.

If food is the bread of Disney Springs, then shopping is the butter. While some guests picture a day sprinting from ride to ride as the perfect vacation, others imagine themselves walking storefront to storefront slowly adding bag after bag to their wrist — all while contemplating just how much stuff they can fit into their carry-on luggage.

The Town Center of Disney Springs offers the majority of the branded shopping, featuring everything from Uniqlo to Ugg and Lacoste. For high-end fashion and retail, Disney Springs really has no equal.

But, there are malls all around the world that provide a similar experience. What separates Disney Springs is, of course, its Disney-specific shopping.

The World of Disney — newly remodeled in 2019 — carries just about every bit of Disney merchandise on offer throughout the resort. It’s a one-stop shop for Disney stuff, and the scale of the store makes it something of an attraction itself. Nearby, guests can find the Marketplace Co-op — a smaller boutique offering a more artisanal selection of products in smaller pop-up-style shops like the Twenty Eight and Main line and the Wonderground Gallery.

But even beyond specific Disney merch, there’s also a Marvel Superhero Headquarters and a Star Wars: Galactic Outpost, offering up everything you could ever want from either cinematic universe. And, supplementing all of that, you can find stores specializing in cook wear, Christmas decorations, and even an Art of Disney store.