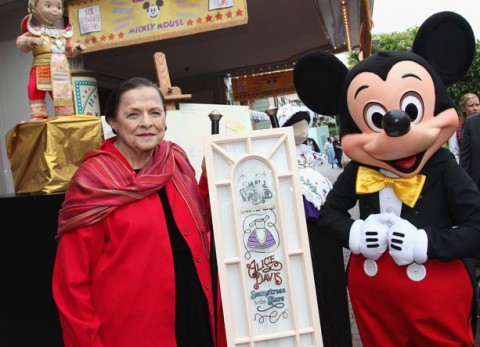 In the 1960s, the development of the Audio-Animatronic revolutionized the way visitors interacted with theme park attractions. The rides and shows at Walt Disney’s Disneyland had never been simple static tableaus—hippos gawped at guests from the murky waters of the Jungle Cruise, boulders threatened to flatten the caravan that wound its way through the aptly-named Balancing Rock Canyon of the Rainbow Caverns Mine Train, and the Evil Queen spun a convincing transformation into a haggard Old Hag in Snow White’s Scary Adventures—but with the complex movement and motion of these newfangled animatronics, the company could now bring their creations to life in even more realistic ways.

While Disney’s WED Enterprises (now Walt Disney Imagineering) worked out the particulars of creating and operating the hydraulics-powered muscles behind Abraham Lincoln and the Carousel of Progress’s all-American family of the 1890s, 1920s, 1940s, and 1960s (not to mention the dozens of macaws, cockatoos, forktails, and toucans that comprised the Enchanted Tiki Room’s musical menagerie), they were still in dire need of a costuming expert who could design outfits durable enough to withstand repeated motion and accessible enough for frequent upgrades and repairs.

Enter legendary Disney costumer Alice Davis, whose imaginative work on “it’s a small world,” Pirates of the Caribbean, the Carousel of Progress, and Flight to the Moon not only enlivened some of the most well-known pieces and personas of the Disney Parks, but set important precedents for the company’s future projects as well. An aspiring animator and illustrator, Davis’ exceptional understanding of the human form and her ingenious costuming skills were instrumental in helping Disney perfect the Audio-Animatronic as quickly as they did.

Here’s how she pulled it off.

From frustrated illustrator to costume designer 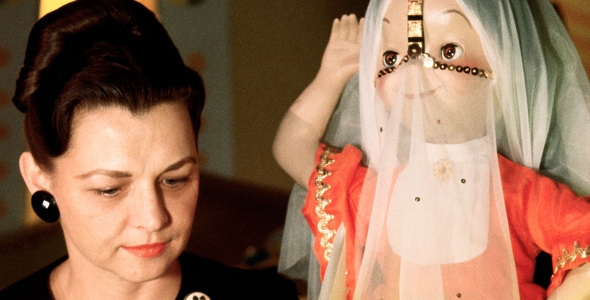 Passing by the esteemed Chouinard Art Institute on the way home from school every day, Davis often imagined herself among the celebrated artists-in-training who studied within its walls. At the age of five, her skill as a budding artist had already garnered modest attention in a city-wide competition, and by the time she graduated high school, she had won a work scholarship to study at the Institute.

Established in 1921 by Nelbert Chouinard, the Chouinard Art Institute was more than an accepted training ground for aspiring artists. It provided a direct funnel to the Walt Disney Studios, so much so that the number of Disney artists studying at the school began to spill over into nearby homes and soundstages for additional live-model drawing sessions and fine art classes. (Though fundamental to the education of so many pioneers in animation, the Chouinard Institute was eventually merged into California Institute of the Arts in the 1960s.)

Like many before her, Davis had her sights set on a career in animation or illustration, both of which hinged on the Animation Drawing classes offered at the school… and the good graces of those looking over the scholars’ shoulders. That particular door would never open for her. In an interview with D23, she revealed that her plans to study animation were derailed during a conversation with the school’s founder.

“We have GIs coming back from the service,” Mrs. Chouinard told Davis (née Estes), “and this is their second chance to get a decent job and be an artist, so we won’t be able to get you in for two years.”

It was a devastating complication for Davis. The scholarship would not be held indefinitely; if she didn’t receive the opportunity to study animation now, there was no question of doing so later when the men had taken their turns. Undoubtedly, there would be still more men waiting to study animation after the GIs had gone through the system, too… a line without end in sight.

“I can’t understand that [only men are allowed in animation class],” Davis told Chouinard. “I was raised to understand that if you were capable of doing a job, it didn’t matter whether you were male or female.”

Chouinard agreed with the sentiment, but bending the rules remained outside the realm of possibility—regardless of Davis’ talent as an artist or her financial concerns. Instead, she suggested a new major: Costume Design. It was a decision that would propel the young artist down a career-altering path.

A wedding, a wandering princess, and a foot in the door 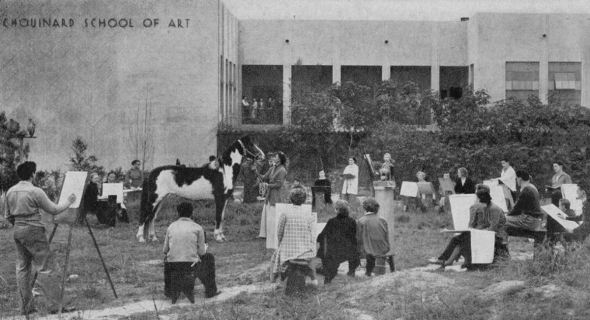 Costume design may not have been Davis’ first passion (or, for that matter, her chosen profession), but it wasn’t without its own challenges and rewards. The former, Davis learned the hard way after flunking the first design class she took. Perhaps unsurprisingly, her understanding of bodies, shapes, patterns, and colors—an extensive store of knowledge that would inform her creativity later on—was more rapidly furthered by instruction in Fine Art and Animation Drawing.

It was in the latter class that she met one of the most important people in her life: Disney animator and Institute instructor Marc Davis. After two and a half years of animation class and several more of dating (something, Mrs. Davis explained to The “E” Ticket magazine in 2007, that didn’t begin until her studies were nearly complete), the two were wed at the Burbank Courthouse in 1956. Soon afterwards, Marc commissioned a costume from Davis for an upcoming film called Sleeping Beauty.

The problem, as Marc explained it, was that the movement of the princess’s skirt needed to appear realistic on screen. Disney already had a character model lined up in actress Helene Stanley, and now, all they lacked was a suitable skirt. Davis was up to the task. It was her simple black bodice and full skirt that gave life to the character of Aurora/Briar Rose as Stanley twirled and gestured and danced in front of the animators.

Between her costume work for Sleeping Beauty and a handful of freelance drawings for the 1960 live-action circus film Toby Tyler, however, Davis still had yet to nudge her foot in the door at the studios. That opportunity would come even later, when, following years of silence after a fortuitous run-in with Walt in Los Angeles, Davis received a call inquiring about her services for a new project at the Disney company: A little boat ride set to the tune of “It’s a Small World.”