4 Ways to Save Yourself From Diet Sabotage at Disney Parks 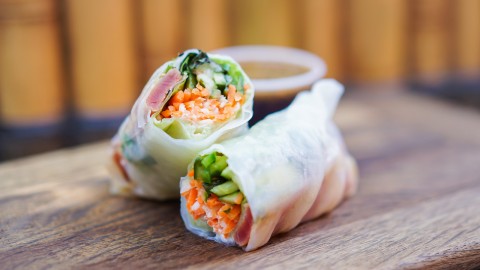 It is a truth universally acknowledged that a Disney Parks guest in possession of a good appetite must be in want of a churro. (Or a Citrus Swirl. Or a Mickey premium bar. Pick your poison.)

Disney certainly doesn’t make it easy for those of us with an incurable sweet tooth. Every holiday, every festival and film release brings a new array of sugar-packed, carb-loaded snacks and treats to devour, from the decadent bourbon salted caramel chocolate cake at Epcot’s Flower and Garden Festival to the waistline-expanding bacon mac and cheese foot-long hot dog featured at Disneyland’s ongoing “Get Your Ears On” celebration.

As scrumptious as theme park fare can be, however, it’s not necessarily for everyone. When I planned a 10-day trip to Walt Disney World with my fiancé last December, I knew there would be times that we wanted to indulge in chocolate-covered gingerbread and rum-infused Dole Whips, but I also hoped that we could adhere to healthier eating patterns for the majority of our stay. It proved to be a much bigger challenge than I anticipated—due at least in part to our sudden fixation for Pandora’s cheeseburger pods—but one that, as with most aspects of vacation planning, was helped enormously by some advance preparation.

If, like us, you’re looking to dodge a daily diet of turkey legs and Mickey pretzels during your next Disney Parks vacation, here are a few tips that may make finding those healthy alternatives a bit easier. 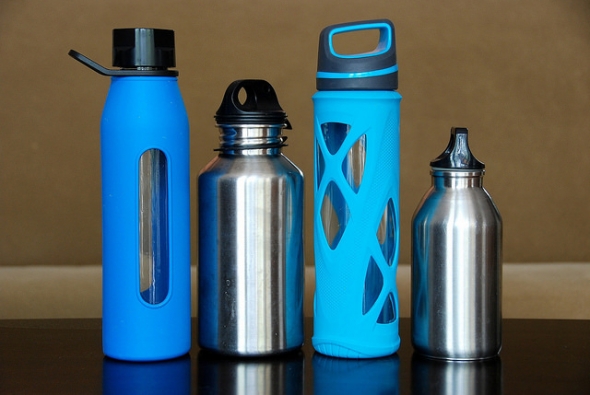 This is a pretty obvious tip, but still one that I forget about every single time I go to the Disney Parks—that is, until lunchtime rolls around and I realize how irritable and lightheaded I feel. Staying properly hydrated isn’t just your best defense against the Florida humidity and California heat, but a good way to make sure you’re taking care of your body before you start loading up on beignets and burgers, too.

That’s not to say you can’t have your Starbucks while strolling down Main Street, U.S.A. or an Infinity Fizz Drink while taking in Pixar Pier, only that those are treats better enjoyed when you’re not dehydrated from a full day in the sun. And, if you forget to bring your own (empty) water bottle to the parks, you can request a free cup of ice water at any of the parks’ quick service dining locations.

In summary: Don’t wait until you’re thirsty. Don’t wait until you’ve walked halfway across Epcot for your Frozen Ever After FASTPASS reservation. Definitely don’t wait until you start getting dizzy, feeling exhausted, or sweating buckets. Make hydration a goal at the start of your day, and you’ll feel better and be better-positioned to make healthier eating choices as the day unfolds.

2. Bring your own snacks. 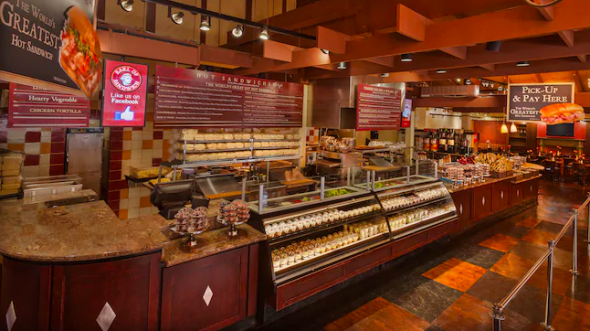 There are no two ways about it: If you are trying to find healthy dining options or adhere to a certain diet, bringing your own food to the parks is the easiest way to go. As of 2019, both Walt Disney World and the Disneyland Resort still allow guests to carry their own food items into the parks, just so long as those foods don’t come in a glass container or require microwaving.

Assuming that you fly into Anaheim or Orlando for your vacation, rather than making the trip by car, there are plenty of places to stock up on snacks and prepackaged meals before you head for the turnstiles. In Anaheim, you’ll find no shortage of mini-marts and grocery stores close to the main entrance on Harbor Boulevard; alternatively, you might try picking up a few snack boxes at Starbucks or to-go salads at Earl of Sandwich in Downtown Disney.

If you’re planning on packing a lunch or two in Walt Disney World, on the other hand, you won’t find equally convenient options outside the resort unless you happen to have a rental car on-hand. That doesn’t mean you’re out of luck: In addition to a plethora of shops at Disney Springs, each Disney hotel offers an assortment of healthy (and unhealthy) snacks and pre-made meals that are perfect to throw in a backpack or stroller bag for the day. During our trip to Orlando, my fiancé and I made a habit of stocking up on the salads, sandwiches, and packaged fruits and veggies that were sold at the All-Star Resorts’ food courts, all of which came in handy for castle picnic lunches, late-night pick-me-ups, and Flight-of-Passage-queue munchies.