Water Parks Are Just as Fun as Theme Parks. Here's Why: 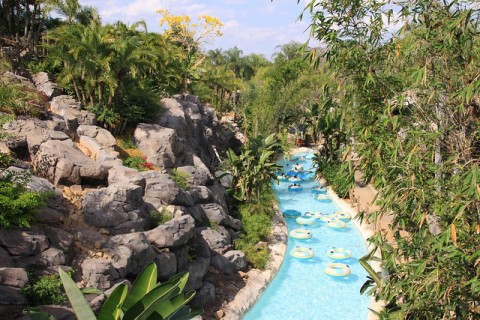 We as theme park fans can sometimes be a bit myopic when determining what makes a themed vacation destination worth visiting. Traditionally, that tunnel vision cuts off thrills associated with the regional theme parks like Six Flags or Cedar Fair — or even bigger players like Busch Gardens.

But even more maligned is the classic water park.

You see it often — theme parks are billed as the Crown Jewels, while water parks are viewed as secondary destinations or minor diversions. When Universal announced a third theme park at its Orlando resort, fans felt let down when it was revealed that the park would in fact be a water park.

Regardless, this view of water parks as being lesser than theme parks is misguided. Here are a few reasons why water parks are underrated, especially among theme park fans. 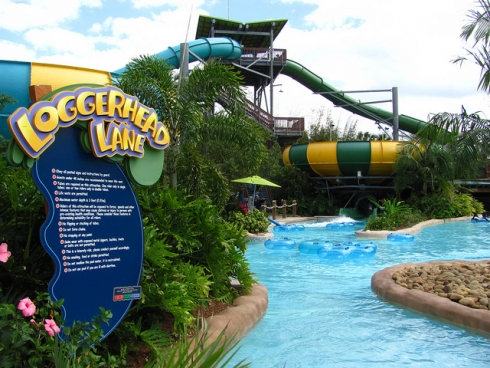 Let’s start with the obvious: water parks are the perfect place to escape the heat on a summer day. For some reason, that obvious fact can often be overlooked in the race to look down upon the aquatic experience.

Theme parks, and their more basic cousins amusement parks, tend to have more heat-capturing black asphalt and less opportunities to cool off. And, importantly, there’s a world of difference in being drenched in water while wearing street clothes and doing so while in a bathing suit.

With water parks, the goal is to keep you refreshed throughout the day — with some parks, like Schlitterbahn in South Padre Island and Galveston, inventing ways to let guests wait in line without getting out of the water. Theme parks want to entertain guests, and amusement parks want to thrill them, but water parks want to keep guests cool and happy all day long.

There’s no doubting that theme parks and amusement parks can be awesome places to spend a summer day free from work, school, or other obligations. But, if you’re looking to escape the heat that comes along with summer, water parks have them beat every time. 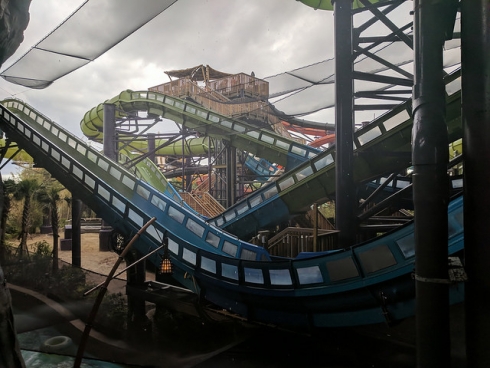 Largely due to the fact that “ride vehicles” aren’t really a thing, most water parks feature rides that revolve around variations on the same theme: sliding down a water-lubricated fiberglass slide either on your back or on an inner tube.

Because most rides feature this same concept, it’s easy to dismiss water parks as lacking any kind of diversity in their attractions. Not so! Yes, there are also the classic mainstays of lazy rivers and wave pools, but what water park engineers have been able to do to innovate on the basic water slide concept has been nothing short of amazing.

Slides in which you go uphill, slides with trap doors, slides with vertical walls and airtime, and slides with interactive components have all become popular in the last decade. Each year, more and more innovation comes to the water park space, bringing with it some new way to stay cool while enjoying thrills.

Yes, most water slides are built around the same basic concept, but that doesn’t mean they’re still stuck in the 1980s.

The thrills are more unrestrained 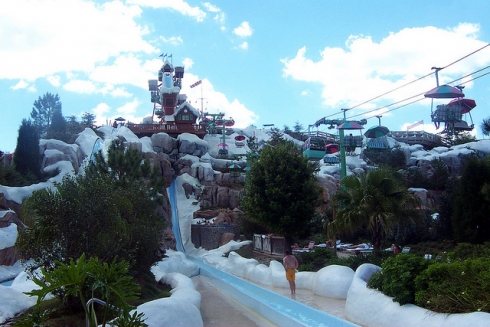 Relatedly, because most water slides use either an inner tube or your own body in place of a ride vehicle, the element of danger can feel much more heightened even at lower speeds and lower heights.

Furthermore, the lack of a restraint on most water slides can help further the illusion that you are careening out of control as you slide down the tube — taking what might be an otherwise basic attraction and turning it into something seemingly death defying.

One such example, the trap door slide, has a thrill factor unlike that of nearly any other theme park attraction, as the floor dropping out beneath your unrestrained feet creates the feeling of total loss of control. Even on normal drop rides in theme parks, the restraint holding you to the seat provides a small sense of security. On a water slide, there is no restraint — which can be a very powerful mental force.