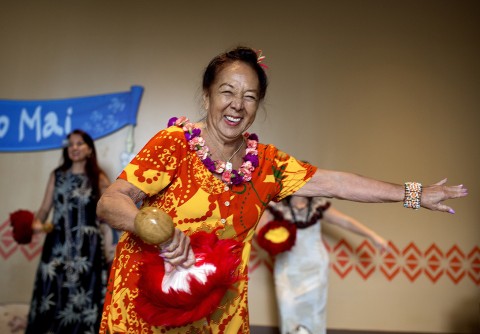 At Disney theme parks, strangers can become dear friends over the matter of a few days. In fact, you may even unknowingly bond with a Russian spy over your shared love of Minnie Mouse. The communal nature of the parks promotes a familial atmosphere, the famed Disney Bubble. And certain cast members became a part of people’s lives. Here are some Disney cast members with whom you may feel a personal connection.

When we talk about badasses, Auntie Kai’I merits mention. Sure, she seems sweet and innocent, a kindly old woman handing out leis at Disney’s Polynesian Village Resort. Anyone familiar with her personal history, however, knows that she literally played on the rooftops as the Japanese bombed her island during Pearl Harbor.

As war raged in the Pacific Theater, the woman named Kauihealani stubbornly maintained her love of dancing. She trained as a hula dancer and became so skilled at her craft that Disney officials took notice. They intended to open Walt Disney World in 1971, and they knew that the Polynesian would become central to the perceived hospitality of the entire campus. Disney needed ambassadors to build its latest brand.

In Auntie Kai'i, Disney selected the perfect person for the job. Since she packed her belongings and moved to Orlando in 1971, she has functioned as the welcoming committee at the Polynesian. Auntie Kai'i sells her flowers in the lobby and places leis on the necks of arriving guests. To many of us, she embodies the welcoming environment of the Polynesian, and she will always be its rock star.

In June of 2018, Disney lost a legend. Greeter Richard Gerth peacefully passed away at the tender age of 92. It’s a loss that some theme park tourists will feel for the rest of our lives, and the stunning part is that we barely knew the man.

You see, Richard Gerth retired from his first career when he was in his mid-60s. At a time when most retirees contemplate a life of relaxation and new hobbies, this man discovered his true calling. He started working at Disney’s Grand Floridian Resort & Spa. Gerth became the front door greeter at the luxurious resort. To many of us, he simultaneously became the face of the Grand Floridian.

No visit to the hotel ever felt complete until Gerth wished you a good day. As part of his duties, he also interacted with and assisted brides. By some estimates, more than 3,500 women had Gerth wish them good luck on their wedding days. He performed this duty for so long that he even got to aid the second generation of brides later in his career. These women's parents had met Gerth early in his career, and they felt their wedding days would be incomplete without his presence as a sort of good luck charm.

Gerth was 65 years old when he started his retirement job at the Grand Floridian in 1991. He worked there for 27 years until his death…and was still trying to assist my wife and me with our luggage when he was in his 90s. The man fittingly received the ultimate cast member honor of Walt Disney Legacy Award in 2013, and he meant the world to everyone whose lives he touched simply by saying hello and holding a door for us.