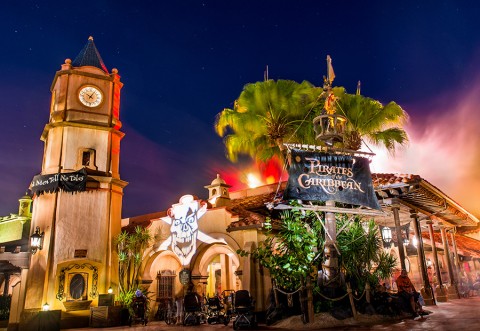 “Better believe in ghost stories, Miss Turner. You’re in one!”

Even before it began, Pirates of the Caribbean underwent hallmark change. Walt Disney had intended a pirate-based exhibit to become a part of the first expansion at Disneyland. He didn’t visualize this section as a ride or something that would have a standalone story, though.

In the earliest days of the Happiest Place on Earth, Disney themed most attractions to their movie library. When they made exceptions, Uncle Walt and his team emphasized popular tourist attractions around the country. He aspired for Disneyland to become the one park filled with the best ideas of other appealing entertainment options. It was a kind of nesting doll approach. 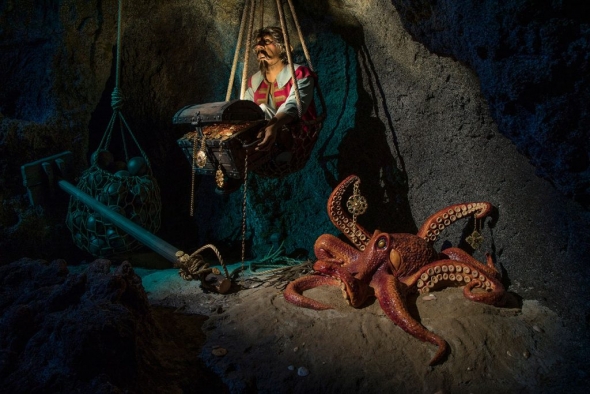 Image: DisneyMuseums were extremely popular at the time, and Disney sought to capitalize on the craze by hosting at least one of their own. Oddly, both attractions that anchor New Orleans Square were originally up for consideration at museums.

In the case of Pirates of the Caribbean, Uncle Walt reconsidered the walkthrough Pirates attraction during the 1964 New York World’s Fair. The fervor over It’s a Small World, a simple boat ride, and the Audio-Animatronics (AAs) at multiple pavilions forced Disney to modify his plans.

Disney decided to turn the Pirates concept into a boat ride with AAs, also. Sadly, he wouldn’t quite live to see the fruits of his labor, though. He died only three months prior to the iconic attraction’s debut.