The perk: Reserved seats for shows and fireworks. 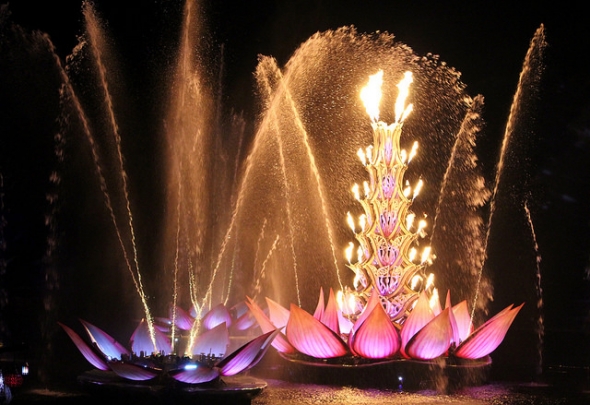 The moderate VIP option: Purchase a ticket to a dessert party. Look, few things are better than taking in Happily Ever After over sparkling cider and s’mores (or hot chocolate and chocolate-dipped strawberries, coffee and toffee cake, you get the picture). It may be impossible to find a truly secluded spot to take in the spectacle of nighttime entertainment at the Disney Parks, but a semi-private dessert party is about as close to perfect as you can get. An adult ticket will run you about $69 per person, while kids can scoot on over to the hand-scooped ice cream section for $41 each. If that appeals to you more than grabbing a churro and rubbing elbows with thousands of fans in the middle of the Hub, it may be worth the price. Similarly-themed soirées are also available for Magic Kingdom’s Electrical Water Pageant ($75/adult, $45/child), Disney Hollywood Studios’ Star Wars: A Galactic Spectacular ($79/adult, $45/child), Fantasmic! ($39/adult, $19/child), and Animal Kingdom’s Rivers of Light ($79/adult, $47/child), among others.

The affordable VIP option: Use a FastPass+ reservation to grab seats for the show. One caveat here: FastPass+ is not offered for all Disney Parks entertainment offerings, nor is it the best way to get the best seats for a show. For the latter, you’ll still have to show up fairly early—anywhere from 30 minutes to an hour or more—in order to secure the best vantage point from which to watch Happily Ever After, Festival of the Lion King, Beauty and the Beast – Live on Stage, Rivers of Light, and so on.

The only time you should seriously consider using a FastPass+ reservation for a show or nighttime entertainment is when you’re traveling with a group that isn’t too keen on rides. The reason for this is pretty simple: You cannot acquire additional FastPass+ slots until you’ve used your first three. Using one to reserve a seat for the last showing of Indiana Jones Stunt Spectacular, say, means you’ll have to wait until the performance concludes before scoring your next FastPass—assuming any are left at that point. So, if your party doesn’t care for Rock ‘n’ Roller Coaster but would have major FOMO if they missed the 8:00 p.m. showing of Fantasmic!, feel free to use up a FastPass+ ticket on the show. And make sure you show up on time, too.