The Very Best Scenes in Disney Rides and Attractions 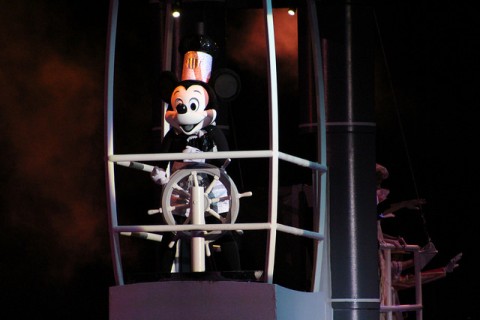 Everyone has a favorite Disney ride. Mine, for example, is Space Mountain — its thrilling dips and dives serving as the fitting climax to the attraction’s masterful queue and architectural experience. Others love rides like the Haunted Mansion or Pirates of the Caribbean, for their unique story and intricate theming.

And, whether we admit it or not, there are often individual scenes within these attractions that stand out above and beyond the rest of the experience. When you think of your favorite ride, there’s likely one moment you immediately picture — one tableau that appears in your mind.

In this article, we’ll look at some of those instantly iconic scenes from Disney attractions. These moments stand out as immediately recognizable and, ultimately, incredibly powerful bits of storytelling.

The Zip-A-Dee Lady in Splash Mountain 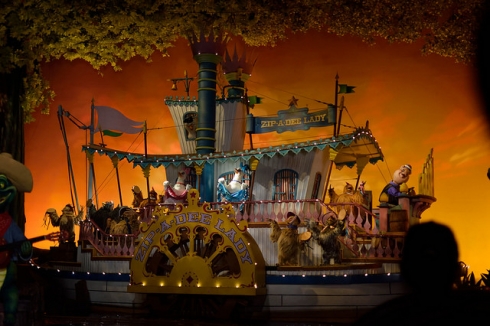 Splash Mountain tells a rather simple story about a rabbit who, after experiencing danger and adventure, discovers that his home is a place worth loving unconditionally. It’s a lengthy ride, with lots of time spent luxuriating in the amazing songs and vivid imagery of the southern landscape.

For the uninitiated, it might seem like a traditional log flume ride — a slow build up to the climactic plunge from atop Chick-a-Pin Hill. But, while the drop is the ride’s signature party trick, what happens after the drop is even more memorable.

After a moment to dry off and decompress, your log re-enters the show building — and, upon entry, you view one of the largest animatronics ever built in a Disney ride: The Zip-A-Dee Lady.

It’s a triumphant moment — one in which the ride’s iconic theme song, “Zip-a-Dee-Doo-Dah,” plays with heartfelt bombast as the residents of Splash Mountain sing and dance. It is in this scene that Splash Mountain pulls off its final trick — combining the masterful storytelling of Disney’s dark rides with its modern commitment to building thrill rides.

The Stretch Room in the Haunted Mansion 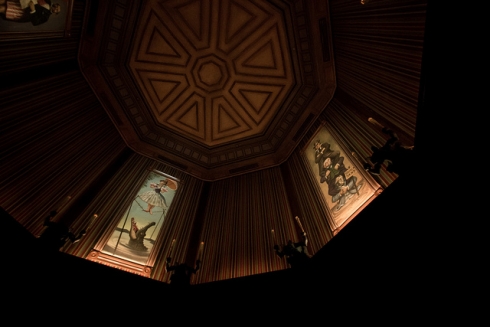 The Disney Parks are different. They consistently reaffirm this by demonstrating how deeply and intricately Disney is committed to immersing you in a compelling story.

There is perhaps no greater example of this commitment than in the Haunted Mansion — but not in the dark ride itself. Rather, its masterful pre-show.

Does the Haunted Mansion begin when you board your doom buggy? Or, in fact, does it begin when the doors to the mansion close behind you and you hear the now famous invocation, “When hinges creak in doorless chambers...”

The Haunted Mansion immediately tells you it’s a different kind of attraction in its pre-show Stretch Room. It uses a classic bit of Disney imagineering to set the stage for a macabre and magical bit of theatrical wizardly — which the ride ultimately pays off. But without the amazing and immediate brilliance of the stretch room, the ride would feel slightly less complete.

The post-splashdown in Pirates of the Caribbean 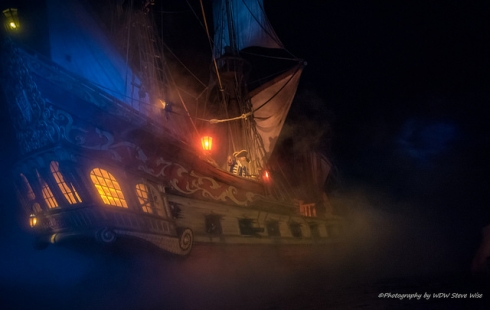 It’s hard to pick one moment in the opus of Pirates of the Caribbean that stands above the rest. The pillaging of town? The auction? The prisoners attempting to coax their dog into giving them a key?

But, if pressed, the clear pinnacle of the attraction comes fairly near the beginning — after the surprise splashdown lands your boat in the middle of a pirate assault.

As you see the fog settling over the cove, with a massive ship bombarding the battery of a small town, the scale and stakes of the attraction become immediately clear. The pirates are no longer theoretical — they are here, and battle is impressive. It sets the stage beautifully, and the slow pace of the ships allow you to settle into the story in your own time.