The Foodie's Guide to The Best Value, Moderate, and Deluxe Disney Resorts 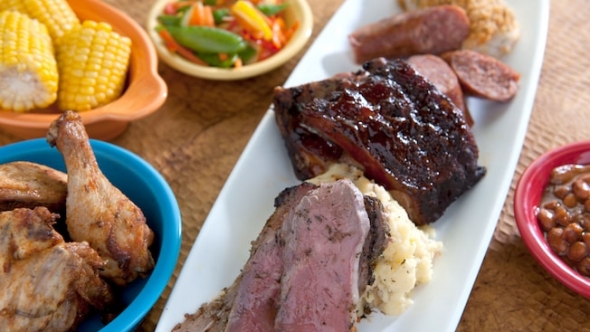 Image: DisneyFort Wilderness Campground doesn’t count for this one, same as above, which eliminates the Disney staple, Hoop-Dee-Doo Musical Revue and some other stuff. Even taking those off the board, Wilderness Lodge features four different quality restaurants. I’ve listed Whispering Canyon Café as one of the most unforgettable meals at Walt Disney World. Its rustic food is delicious and hearty.

Disney recently mixed things up at Artist Point, changing its dinner into a prix fixe character meal starring Snow White. Even before that, the food was spectacular, but the new Signature Dining experience is among the best on campus. Then, there’s Geyser Point Bar & Grill, a serene setting in the great outdoors just by the water. It’s a dreamy way to spend an afternoon, and the menu is remarkably upscale. Finally, Roaring Fork is one of my favorite places to grab breakfast before a busy park day. 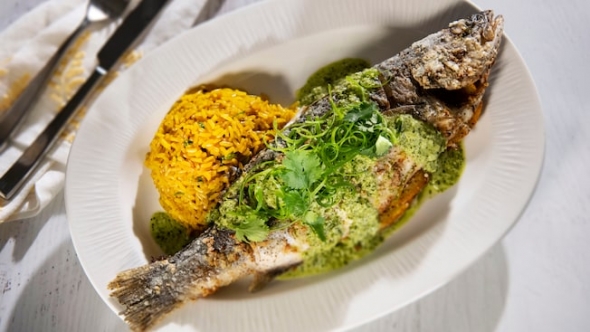 Image: DisneyCaribbean Beach is the rising star on this list. Prior to 2018, it wouldn’t have made the cut. Then, hotel management introduced a new hub off the lobby, one that’s a foodie’s dream. Centertown Market is styled as a grab-and-go place to the point that it has a special section just for Mobile Orders. It’s the first Walt Disney World resort with this feature.

Spyglass Grill serves Caribbean cuisine for breakfast, lunch, and dinner. In the morning, you can eat French toast stuffed with guava. Later in the day, jerked meats and Cuban sandwiches and chorizo burgers are available. For a counter service place, the cuisine is quite spicy and packed with flavor. 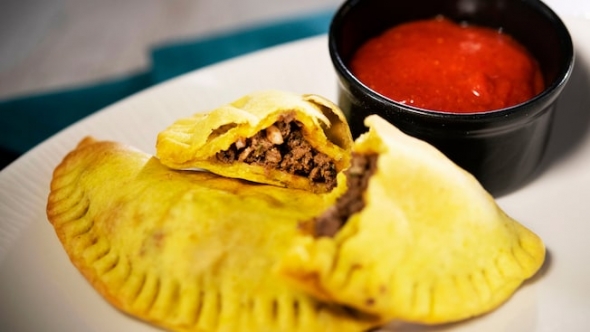 Image: DisneyThen, there’s Sebastian’s Bistro, a themed restaurant hosted by everyone’s favorite crab from The Little Mermaid. Surf-and-turf comprises the body of the menu here, but don’t be confused by the name. It’s not a character meal. It’s also only available for dinner currently, though.

Disney’s attempt to sell lunch here was kind of a bust. For a quiet evening meal by the water, however, Sebastian’s Bistro is divine. Order an appetizer of Jamaican Meat Pie and then wash it down with a Jamaican Smuggler. You’ll forget about all your problems as a contented smile washes over your face. 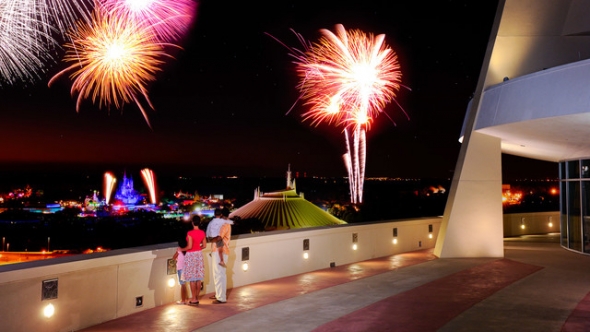 Image: DisneyThe top four entries are where the cream has risen to the top. Not coincidentally, all three monorail resorts are in the upper tier of Disney resort restaurants. I’ve ranked the Contemporary as the “worst” of the monorail resorts, which feels a bit disingenuous since we eat here second-most of all Disney hotels. I’ve tried to tend toward consensus opinion rather my own taste since, well, my palate is shameful.

What’s to love about dining at the Contemporary? When you walk into the lobby, you’re right by The Wave… of American Flavors, one of the highest-class Table Service restaurants at Disney. Should you prefer something else, you can take an elevator to the fabulous fourth floor concourse, the central hub of the resort. 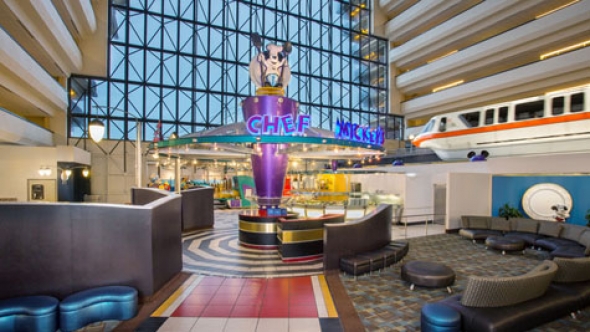 Image: DisneyHere, you’ll have your choice of one of the best counter service restaurants, the Contempo Café, or arguably the best character meal, Chef Mickey’s. Whichever one you select, you’ll savor the view, as the monorail runs straight through the hotel right by these restaurants.

Alternately, you could dine in style. The California Grill has stood apart as the patrician’s choice of Disney resort hotels almost since the beginning, even though it had a different name during its lounge days. Today, it’s a Signature Restaurant with some of the most spectacular cuisine at any theme park in the world, and it comes with a view, too. You can see several Magic Kingdom landmarks from the restaurant patio.