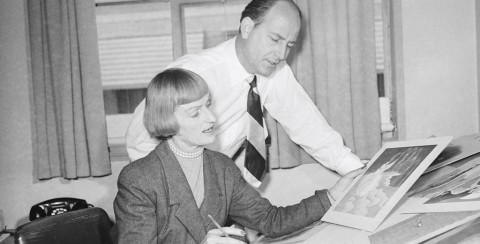 Walt Disney’s park-bench daydream may have set the wheels in motion for Disneyland’s creation, but he needed a talented and diverse staff to make his dream a reality. The early days of the Disney Parks’ development are littered with a plethora of legendary talent, from Nine Old Men holdovers like Ward Kimball and Marc Davis to Claude Coats, Xavier “X” Atencio, Rolly Crump, Harriet Burns, Alice Davis, and so many, many more.

Here, we’re going to take a look back at some of the women that furthered Walt’s ideas at the Disney Parks—women without whom the parks would be far less rich, colorful, and inspiring as they are today. First up: Iconic artist-turned-Imagineer Mary Blair. 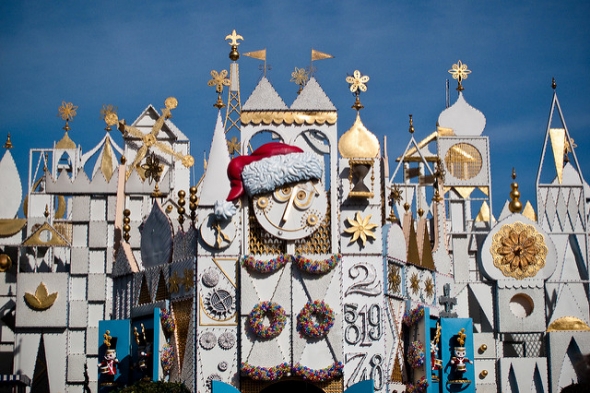 Love it or hate it, the one thing you can say with absolute certainty about “it’s a small world” is that it leaves each rider with an indelible impression. With the Sherman Brothers’ tinny earworm playing on a loop, guests are ferried from room to room of floor-to-ceiling displays. Dolls, each intricately detailed and outfitted to fit the décor of international platforms, dangle from balloons, balance atop surfboards, bang cymbals, beat drums, strum guitars, wave pennants, shimmy in hula dance, fish from icy cliffs, steer gondolas, twirl lassoes, and test-drive flying carpets. It’s the kind of attraction you could ride dozens of times without absorbing everything it has to offer, as well as the kind of attraction most guests can’t stomach more than once in a day (barring the need for air-conditioning during a particularly unbearable California/Florida summer).

What is commonly looked down on as a “kiddie ride” today was neither annoying nor juvenile when Walt came up with the idea in 1963. WED Enterprises (now Walt Disney Imagineering) had been approached by the Pepsi-Cola Company nearly a full year before the 1964-1965 New York World’s Fair, in the hopes that they could sponsor a brand-new Disney exhibit in honor of UNICEF.

When Disney finally accepted the challenge, their team of Imagineers and designers had just nine months to make the whole thing come together. According to Disney historian Sam Gennawey, Walt had no sooner looked over animator and Imagineer Marc Davis’ first models for the project when he did an about-face and asked, “What’s Mary Blair doing?” 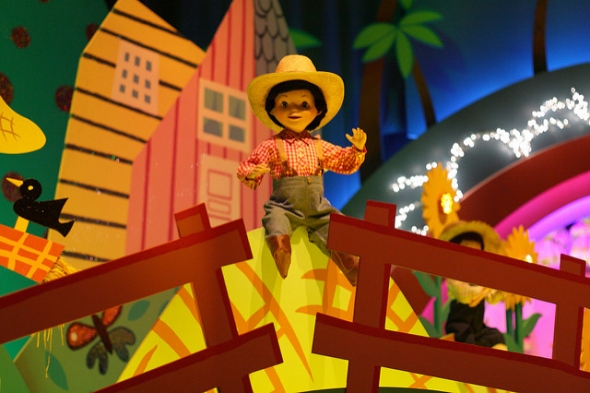 By the early 1960s, Blair was a renowned artist both within and without the Disney bubble. Her boundary-pushing concepts and bold, innovative use of primary colors had already enhanced classic films like Cinderella, Alice in Wonderland, and Peter Pan, as well as mixed animation-live action features like Saludos Amigos, Song of the South, and So Dear to My Heart. She pursued a career in freelance art and design following the premiere of Peter Pan in 1953, but later accepted a new position within the Walt Disney Company when Walt requested her assistance in fleshing out his new attraction.

The concept, as Walt explained it to his team, couldn’t be further from the elaborate dark rides, lifelike Audio-Animatronic displays, and treacherous roller coasters that populated his theme park in Anaheim, California—at least, not from a storytelling perspective. As “it’s a small world” was intended as a tribute to UNICEF’s stated goals of helping impoverished children around the world, he wanted to commission a design that would eschew sophistication and advanced mechanics in favor of bright colors, diverse cultures, and an overall feeling of happiness and unity.

This meshed perfectly with Blair’s talents. She applied her light-hearted style to the concept of the “happiest cruise on Earth” and drew from her experiences in Latin America during the formation of Saludos Amigos and The Three Caballeros to better inform the wide swath of diverse characters Walt was looking for. After the World’s Fair wrapped in 1965, Disney shipped “it’s a small world” to Anaheim piece by piece, where it was reassembled and fitted into a permanent installation in the back woods of Fantasyland. The only thing lacking was an entrance as whimsical and wonderful as the ride itself, a design job that eventually went to Imagineers Fred Joerger and Rolly Crump after Blair struggled to transfer her innovative designs into working three-dimensional models.

That hiccup taken care of, the opening of “it’s a small world” was a massive triumph for all involved. The world Blair had helped dream up—a brilliant tapestry of nations and people celebrated in song and dance—would forever remain an iconic part of Walt’s Disneyland.