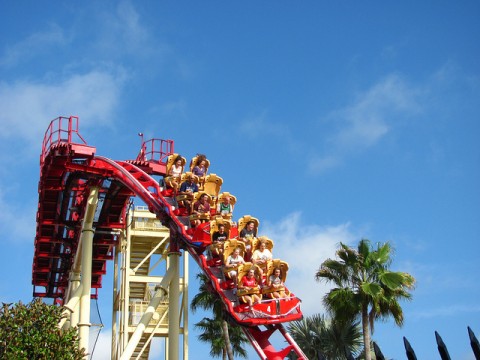 While Walt Disney World has — in Walt’s words — the blessing of size, it doesn’t always take that size for granted. The company has been quite judicious over the years at deciding when an attraction has run its course and should be replaced, often to the consternation of passionate Disney superfans.

Universal, on the other hand, has had to make similar difficult choices based entirely on need, rather than on want. When Universal wants a new attraction to come to its Florida resort, usually, that means that some attraction has to make way so the new attraction can be built. Yes, there are plenty of rumors about what Universal might do with the massive tract of land it purchased near the Convention Center, but for now, theme park real estate is still at a premium.

So, when thinking about what’s next for Universal, we must also ask ourselves what might go away to make room for the big changes? What follows is an attempt to answer that question.

Here are five attractions and lands that Universal could place on the chopping block sooner rather than later. 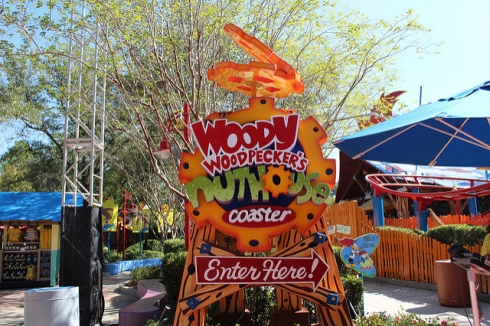 In 2015, Universal made a bold proclamation when it announced a new partnership with Nintendo, obtaining the theme park rights to its characters and franchises while also hinting at a sizable collaboration in the future. Theme park fans, of course, assumed a Nintendo Land was quickly approaching.

Those plans have not yet materialized in public, and the new rumors of a third theme park at the Universal Orlando property have certainly confused some potential designs for where a Nintendo Land could go.

But, Universal has shown a willingness to split intellectual properties up between their parks (as evidenced by Harry Potter appearing, creatively, in both parks), so it’s possible Nintendo just might make its way to more than one spot.

And, naturally, one of the oldest sections of Universal is its Woody Woodpecker KidZone, which remains mostly untouched from its mid-1990s heyday. That would seem like a great fit for Nintendo — replacing a dated kids-first section of the park with something new, modern, but still appealing to young children.

Regardless of whether or not Universal opts to put Nintendo in that spot, Woody Woodpecker’s KidZone surely must have its days numbered. Every other section of Universal Studios Orlando has been reinvigorated in recent years, and it seems like only a matter of time before that wave hits the park’s kids section. 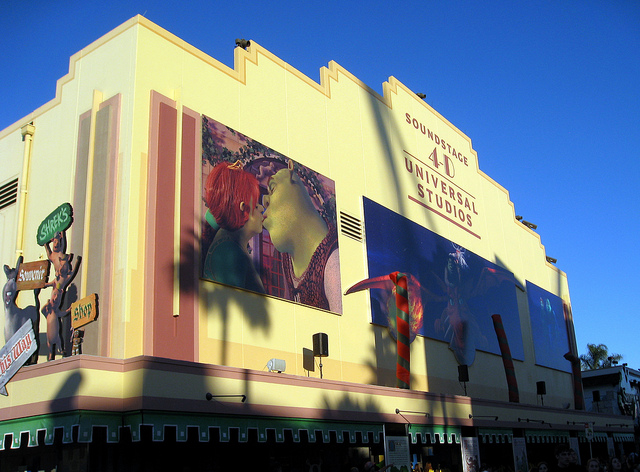 15 years ago, Universal opened Shrek 4D while the ogre was near the peak of his popularity. The film, a cute mini sequel to the first Shrek movie, has been shown without any major alteration ever since — despite the fact that several subsequent sequels to the original Shrek film rendered moot much of the action in Shrek 4D.

And now, we’re roughly nine years removed from the last Shrek movie hitting theaters. While there are always rumors of a reboot for the franchise, the character — while beloved by some — has never been less popular than he is today.

With Universal overseeing both Dreamworks Animation — which produced Shrek, as well as the surprise hit How to Train Your Dragon — and the famed Minion-creating studio of Illumination, there are plenty of Universal-owned animation properties that could use a prime theme park attraction in an Orlando park. It seems likely that, in the next few years, Universal would choose to swap out Shrek for something more modern.

It’s possible that a Shrek reboot would be enough to spawn a reimagining rather than a replacement, but as it stands now, the dated feel of Shrek 4D might be enough to push it into the recycling bin. 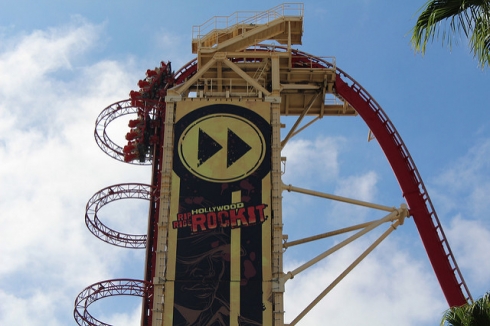 The ride has never been the top-end thrill machine enthusiasts were promised when it was first announced, and down time combined with an uninspiring music gimmick made the coaster something that has always felt less than essential.

None of that is to say it’s a bad ride — surely there’s someone out there for whom this is their favorite roller coaster — but it is something of a missed opportunity, particularly when you consider its footprint. While it’s not a large ride necessarily, it does take up some valuable real estate near the front of the park.

If Universal were serious about a mega expansion of Universal Studios Orlando, replacing this attraction — and maybe even the nearby studio support buildings and the Blue Man Group Theater — with some new innovative themed land, it would likely be a better use of the space than what exists there now. Plus, the removal of the coaster would benefit the sightlines of both the main entrance plaza and the New York City section of the park.

The rumor mill isn’t spinning too quickly about this attraction being removed, but it would make sense.