Should You Purchase a Disneyland Annual Pass in 2019? 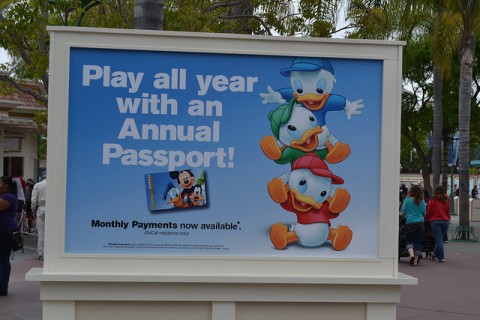 The benefits of a Disney Parks annual pass are fairly straightforward. No matter the tier you select, you’re guaranteed admission to all available parks on a set number of days throughout the year. If you plan enough visits—either as a local blessed with quick access to the Happiest Place on Earth or an out-of-state Disney fan with the resources to plan multiple vacations in a calendar year—the cost of your pass will be far, far less than the hypothetical cash you would have otherwise shelled out for multi-day park hoppers.

As each year rolls over, bringing with it a plethora of new attractions, special events, and dining options, it becomes easier and easier to justify the decision to renew a pass. But Disney isn’t in the business of saving its guests money, particularly when it comes to their own brand of parsimonious passholders. Case in point: Starting in 2019, Disneyland and Disney California Adventure will no longer be bundled together on the blockout calendar, meaning that there will be several times throughout the year when passholders are only permitted to visit one of the two parks.

So before you cross your t’s and dot your i’s on that Disneyland passholder renewal contract, here are a few key things to consider in the new year…

Annual passes are more expensive than ever before. 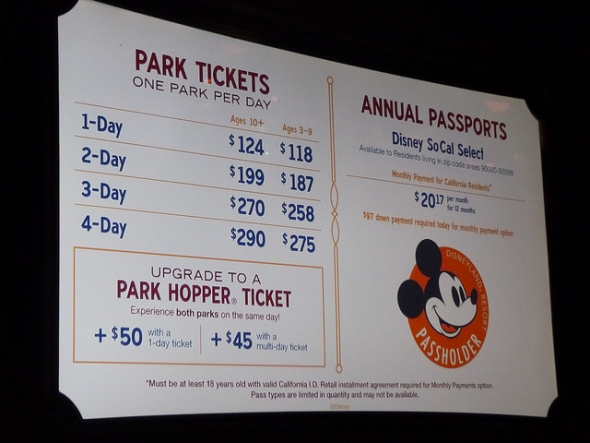 This shouldn’t come as a surprise to even the newest Disney Park guests. Every year, usually sometime around January or February, Disney announces an incremental price increase on all tickets and passes for the year. In fact, some years they’ve even done it twice.

The bottom line here: Disney knows customers will pay for the product it’s selling, no matter how astronomical the ticket prices may appear at the outset. They have a guaranteed money-maker in Star Wars: Galaxy’s Edge and any decrease they see in returning passholders will only free up room for additional (and significantly more spendthrift) tourists and first-timers. If it seems like a shameless money grab… well, it is.

Of course, it’s one thing to anticipate the annual sticker shock and quite another to prepare to absorb it. The Southern California Select Passport is still the cheapest option by far, as it saw only a $30 increase from $369 per adult in 2018 to $399 per adult in 2019. For those living outside the nearest bracket of SoCal zip codes, however, the prices became exponentially higher. The next-cheapest option is the Deluxe Passport, which clocks in at $799 per adult after a $70 price hike this year. Those with no shortage of disposable income might spring for one of the three passes with the fewest blockout dates (an important perk given the newly-implemented restrictions): the Signature Passport ($1,149 per adult, up from $999), Signature Plus Passport ($1,399 per adult, up from $1,149), or bicoastal Premier Passport ($1,949 per adult, up from $1,579).

Factoring out the cost of an annual pass isn’t something that should be taken lightly; at least, not if you’re looking to cut corners on your next family vacation. Even solo travelers will need to spend a substantial amount of time in the parks in order to maximize the value of their passes, and that’s not accounting for the fact that out-of-state passholders are currently not permitted to make payments in more manageable monthly installations.