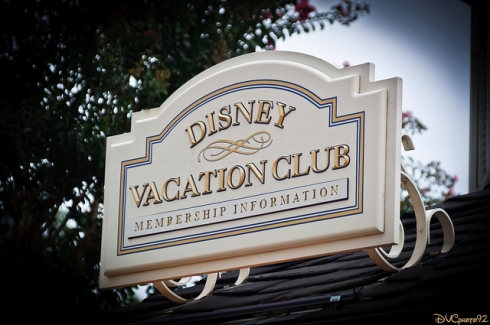 While Disney Vacation Club was launched at the dawn of the Disney Decade in the 1990s, it wasn’t that era’s focus. Then-CEO Michael Eisner changed the Orlando tourism landscape by building a dozen hotels, each with its own unique theme and ambiance. Fans and guests gobbled up each new resort, with some becoming beloved classics in their own right.

But with the opening of Disney’s Saratoga Springs Resort in 2004, the company decided on an abrupt shift in strategy. In the time since, Walt Disney World has welcomed exactly one new hotel to its collection in Orlando — the wonderfully charming Art of Animation Resort.

Instead, Disney has decided to focus its construction efforts on DVC — with largely successful results.

Like a real estate version of the classic cinematic reboot, Disney has opened several DVC properties at its already popular deluxe resort hotels, such as Disney’s Bay Lake Tower at the Contemporary and Disney’s Polynesian Village Villas and Bungalows. These DVC resorts have been highly lucrative for the company, which offsets the cost of construction with the upfront contracts DVC members pay. Because of the ability of DVC members to rent their ownership points out to non-members, Disney has allowed a shadow hotel marketplace to form on its property — largely due to just how profitable DVC projects can be.

The next pure hotel on the horizon for Walt Disney World is, of course, the Star Wars hotel announced to coincide with Star Wars: Galaxy’s Edge. But, since that hotel will be a highly themed luxury experience, we don’t yet know when the next traditional Disney resort hotel will make its appearance in Orlando. 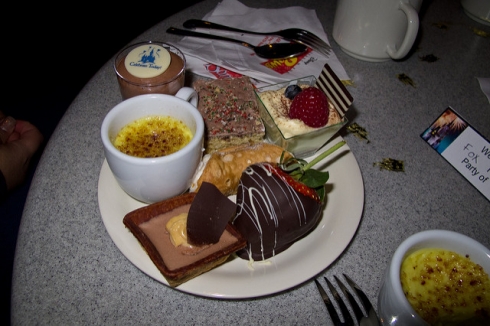 A long time ago, it was free to enter the Magic Kingdom. Guests would purchase ticket booklets good for each ride, but some wouldn’t require a ticket at all.

We’ve come a long way since then.

Even 15 years ago, a ticket to a Walt Disney World park basically guaranteed you would experience everything that park had to offer. It was shockingly egalitarian in a way — eschewing the pay-more/get-more systems of other regional parks. It was this world the Epcot International Food and Wine Festival was born into, but which is now seems strangely vestigial from.

In the time since, Walt Disney World has perfected and scaled up a concept it made popular in 1998 with its Fantasmic Dinner Package, which guaranteed the best seats to guests who paid to have dinner at one of Disney’s Hollywood Studios’ high-end restaurants. That concept is, of course, the upcharge.

While Disney did launch it in the 1990s, only in the last few years has it truly become a core part of Disney’s business. From Mickey’s Not So Scary Halloween Party to dessert parties during fireworks shows to after hours events that exist without a theme, only to provide a more empty version of the most popular theme parks on Earth — upcharge events are more prevalent and important than ever.

It’s a recent development, but that promise of one egalitarian ticket has never been so far away at Disney. And, with Star Wars: Galaxy’s Edge and its personalized adventures coming soon, that shift doesn’t seem to be going away.