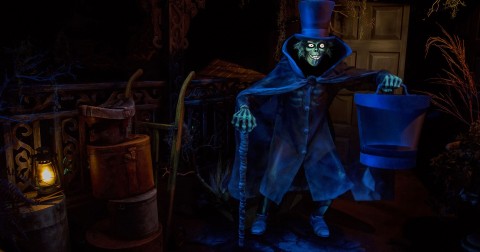 When you visit a Disney theme park, Imagineers manipulate your senses in many ways. You take one of them for granted, too. Voiceovers are a constant part of many attractions, particularly dark rides that operate at a set pace. Some other, more mercurial rides feature a recorded or live speaker, too. Which ones are the best? Let’s find out together! Here are the best attraction voiceovers at Disney theme parks.

8. Living with the Land

The original plan for Epcot called for a series of infotainment attractions, ones that would educate while entertaining guests. The Land claimed a spot as one of the opening day pavilions, and its primary attraction has mainly remained the same since 1982.

Initially called Listen to the Land, its name changed in the wake of a sponsorship change in 1993. For more than 25 years, Nestle has sponsored the current version, Living with the Land. It combines informational details about the history of American agriculture along with descriptions of modern innovations.

While the first half of the dialogue is a bit outdated in style and tone, the greenhouse section is exemplary. Guests learn about the painstaking research Disney does to combat world hunger. It’s gripping to anyone interested in making the world a better place.

Do you know what’s fun? Learning about dinosaurs by visiting their era! The catch with DINOSAUR is that the cataclysmic event that wiped out the species occurs during your visit. This backdrop enhances the excitement of time travel to the age of the dinosaurs, no small feat.

The narration on DINOSAUR establishes the novelty of the story, starting with the pre-show. A reputable scientist informs you of your mission, and then a slightly less reputable one decides to go rogue and send you in search of an Iguanodon. You are in no way prepared for this assignment, and it goes about as poorly as you’d expect.

The dialogue is what drives home the reckless nature of your ride, up to and including the moment when your time lab partner shouts, “WE’RE NOT GONNA MAKE IT!!!” The dialogue accelerates the tension. When your narrator thinks you’re screwed, you know the situation is dire.

The other entries on this list feature canned dialogue. It’s a set script that only changes even slightly in one other example. Kilimanjaro Safaris is different. The drivers (I’m not calling them Skippers) on this route must learn enough about dozens of species of animals to relay information to riders. They must do so in a captivating manner that will engage the audience. There’s even more difficulty to the job, too.

Kilimanjaro Safaris is open throughout the day. Animals have natural daily patterns, just like humans. They're not guaranteed to stick to the same routine, either. The driver of a Kilimanjaro Safaris expedition has no idea what they will or will not see during every particular trip. They must remain alert to all possibilities and adapt their narration to reflect continually changing circumstances. It's a stressful job, but you’d never know it by paying attention to the cast members, all of whom have mastered the art of conversation, even as they explore the unknown of the savannah.