Is Happily Ever After REALLY Better Than Wishes? 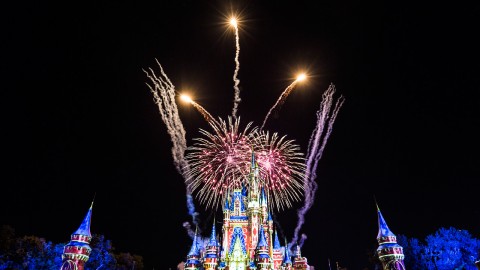 In 2017, The Walt Disney Company retired its longstanding nighttime presentation, Wishes: A Magical Gathering of Disney Dreams. Disney risked a great deal with this choice, as Wishes is one of the most beloved shows at any Disney theme park, highlighted by an unforgettable, catchy soundtrack. What it lacked is state-of-the-art graphics, an impossibility for a show that debuted in 2003.

Park officials felt confident that their chosen replacement for Wishes would revolutionize Disney fireworks shows. Their beliefs were quickly confirmed, as the digital projection technology of the new exhibition became a staple of other shows at Disney parks, too. Let’s go behind the show to learn about Happily Ever After’s groundbreaking innovations and stylistic choices.

The experience: A new kind of nighttime presentation

The Trick: Switching the focus from fireworks to digital imagery

At every Disney theme park in the world, guests expect some sort of fireworks show to end the evening. Disneyland had opened in 1955 and added a nighttime fireworks display by the summer of 1956. When Magic Kingdom debuted in 1971, it featured Fantasy in the Sky, which would run for 32 years. Yes, this park has always had a show since the beginning.

As the third nighttime presentation, Happily Ever After faced a great deal of pressure. Expectations were high for anything coming after Wishes. Park planners boldly chose to move away from the Wishes blueprint, though. Historically, the fireworks had starred in the presentation, as they lit up the night sky with their shiny percussive sights. For Happily Ever After, Disney went an entirely different way.

As Imagineer and creative director Michael Young says, “"For this show, we wanted the castle to be the storyteller itself.” Yes, Disney has deemphasized the fireworks in Happily Ever After, instead prioritizing the digital display on Cinderella Castle. In the process, they’ve redefined the nature of nighttime presentations. In the future, we might not even describe them as fireworks shows, as the story plays out on the castle, which is effectively the largest projection screen in Disney history.

The experience:  the shiniest digital projections in Disney show history 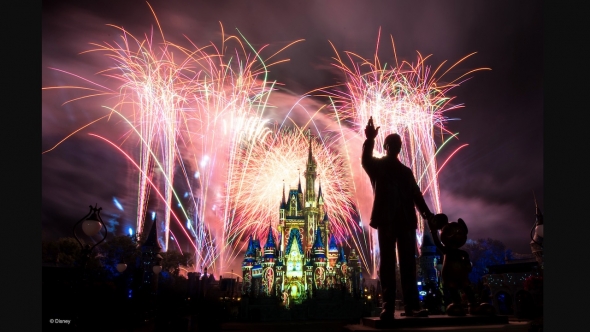 Image @ DisneyPrior to the release of Happily Ever After, Disney trumpeted it as “the most advanced projection mapping tech yet.” It sounds great until you realize that you don’t know what any of that industry jargon means.

In simplest terms, digital mapping turns any surface into a location where Disney can project imagery. You’re familiar with the basic version of this concept. You’ve seen a digital projector in operation. You know that it can show pictures on a screen. You’ve likely watched someone use a wall for the display. It’s the same premise taken to its logical extreme, only with more robust (aka fancier) immersive capabilities. 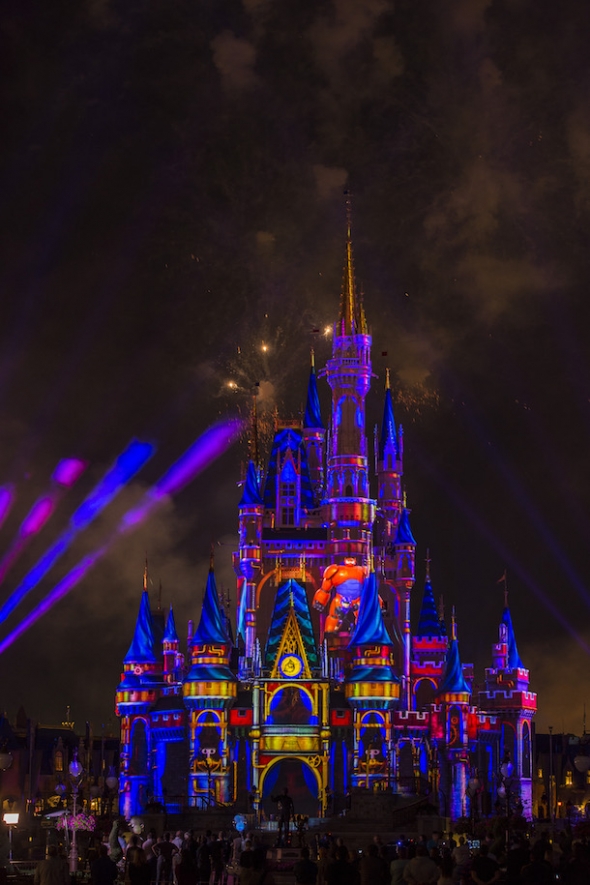 With digital mapping, Disney can have Tarzan swing into view, simulating three-dimensional motion on a flat surface. Imagineers had employed the technology starting in 2010, but they had never attempted anything on the scale of Happily Ever After prior to its 2017 debut.

When we describe digital mapping, you should think of Cinderella Castle as the canvas as the digital mapping software as the paint. Thanks to enhanced projection technology, Disney can turn any part of the castle into a stage where animated characters can interact. With this ability, they can show Lightning McQueen driving across the bottom of the castle or the house from Up soaring through the roof. 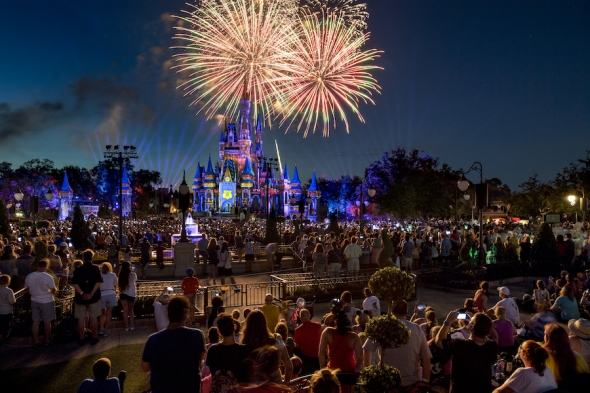 Perhaps the best example is Moana. With digital mapping, Disney can flood the palette with a massive volume of vibrant colors. On one part of the castle, Moana rows her boat into the unknown. Simultaneously, other symbols and images from the film are embedded elsewhere, giving depth to the emotion of the story. Even though this sequence only takes 70 seconds, the digital mapping in combination with music from the soundtrack creates the illusion that the castle is showing the movie, Moana…only better.