The Untold History of Disney's Most Famous Band 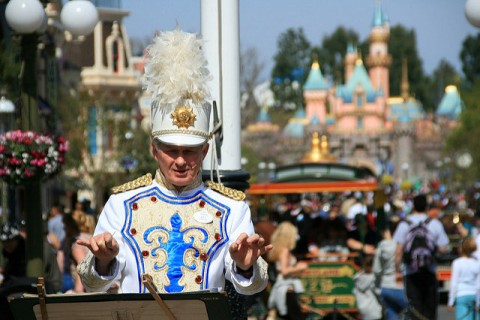 Music is a critical part of Disney history. From catapulting Mickey to stardom in Steamboat Willie to the undeniable hope of Feed the Birds, Walt Disney always loved music. He has given rise to some of our greatest anthems, “Go the Distance” and “The Mickey Mouse March” as well as some of our most heartfelt love songs like “A Whole New World.” When it came to his biggest project yet, Walt was sure Disneyland needed a soundtrack. He hired musicians to perform sets daily in Town Square. This group of sultry musicians became the Disneyland Band. 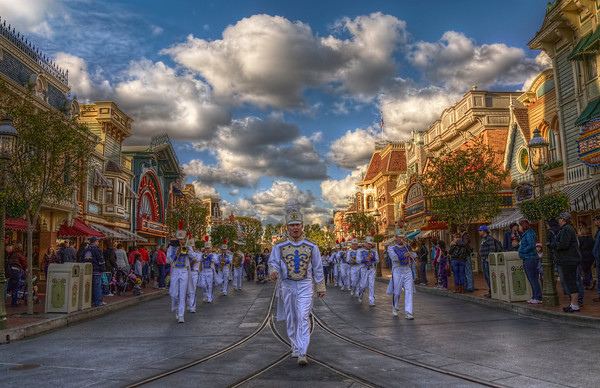 The Disneyland Band first performed on the opening day of Disneyland Park: July 17th, 1955. By some accounts, Walt originally hired the band for a two-week run, after which the bandstand would fall quiet. However, the band quickly became an integral part of the Disneyland experience. It seemed like an obvious inclusion, all celebrations come with a band and Disneyland is the greatest celebration of imagination and humanity of modern times. The band is a traditional 1950s “Sousa” band. Sousa bands, named after the famous John Phillip Sousa, play traditional marches with a vibrant, brass dominated sound accompanied by dainty woodwind whistles.

Original band members lent some interesting insight into the earlier years of the Disneyland Band. The band did not sue any sheet music, playing entirely off of ear and memory. Further, in its earliest incarnations there was not even an official payroll! In the earliest years of Disneyland, before music was easily piped into outdoor areas like Main Street, the Band learned the acoustical tricks of the park. Playing from certain angles down Main Street, the band would echo throughout the street and into the Hub. The Disneyland Band was the original soundtrack of Disneyland.