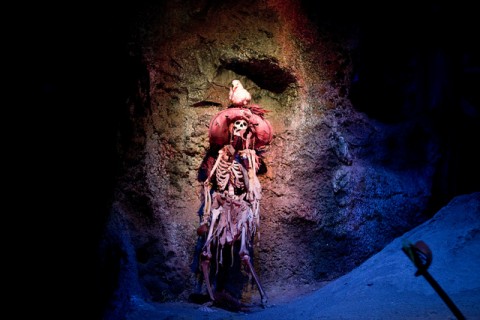 Disney theme parks have been surrounded by mystery and legend since their opening. From theories that Walt Disney’s body is kept in a cryogenic freezing chamber in Cinderella Castle (he isn’t) to the gruesome rumors that a guest was decapitated on Space Mountain (it was actually a test dummy), the parks are no strangers to urban legends. Many of these are quickly debunked with a fact check, but others have stood the test of time.

Oh, and a few have turned out to actually be true...

1. Let’s talk about the dead guy in the room 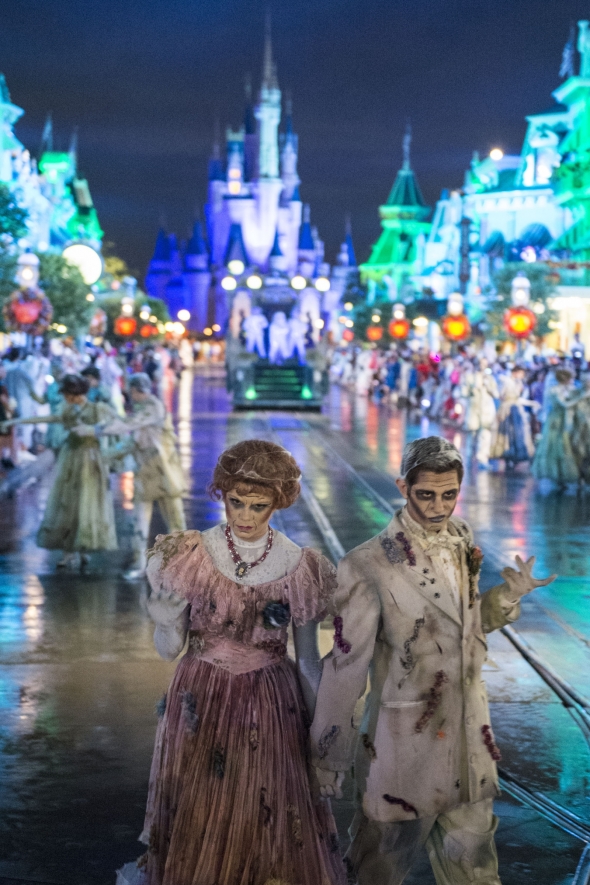 One of Disney’s most pervasive urban legends was only recently proven true. We’ve explored the morbid theory before that guests frequently lay their loved ones’ ashes to rest at Disney parks, particularly inside the Haunted Mansion. When I wrote about things people need to stop sneaking into Walt Disney World, I was almost tempted to leave “dead people” off the list because fans were so uncertain if the rumor was true.

Cast members have recently confirmed that yes, it is true-- people regularly sneak ashes into the parks and try to disperse them there, as often as once a month. Yes, the rides have to be shut down if Disney figures out what’s going on. Disney even has a special alert and HEPA vacuum cleaner to clean up the remains when found (which… doesn’t seem like a great end for the remains of a beloved friend or family member). This practice can get guests banned from Disney parks. Those who have smuggled ashes in have done so in dozens of creative ways, and while Haunted Mansion is the most popular location for dispersal, people have spread ashes everywhere from flower gardens to the waters of It’s a Small World to even romping across the Cinderella Castle lawn while flinging the ashes into the air.

So yeah… please stop interring your loved ones’ ashes in Disney parks. NO. Just NO. 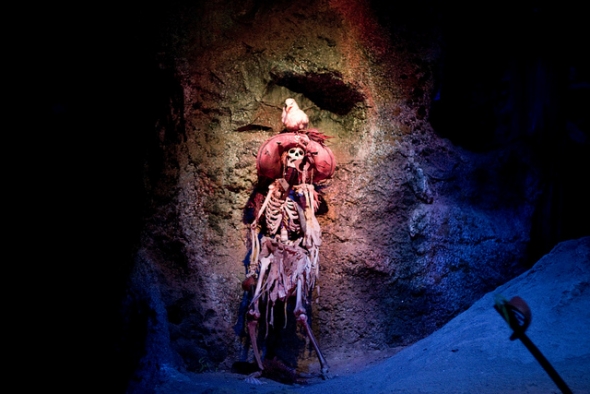 It’s just not a Disney urban legends list without lots of speculation about dead people.

While we’ll be avoiding the sensitive subject of Disney attraction deaths, there is one other Disney parks urban legend related to the deceased. Apparently, Disneyland’s Pirates of the Caribbean has housed a number of real human skeletons—and might still to this day.

According to former Disney producer, Jason Surrell, the designers behind Pirates of the Caribbean weren’t thrilled with the quality of the fake skeletons originally placed in the ride. To solve this annoying problem of aesthetics, they appealed to the anatomy department of UCLA and replaced a number of the skeletons with real ones. These resided in the attraction until years later when Imagineers were able to replicate the skeletons more accurately. Supposedly, all the real skeletons were returned and buried in their homelands. This part of the urban legend is almost certainly true.

The sketchier part is the claim that several human skulls (or more skeletal parts) remain in the ride. The common number cited in the rumor is three, and some cast members have claimed this is true. It’s hard to pinpoint where these mystery skeletons are. Most commonly, people point to the two skulls visible after the second waterfall and the skeleton under the beam in the burning jailhouse. Another possibility is the skull on the bed headboard. There’s no telling if recent renovations to Pirates of the Caribbean ever switched the skulls back out, but many are convinced this rumor has at least a kernel of truth to it.