7. Under the Sea – Journey of the Little Mermaid 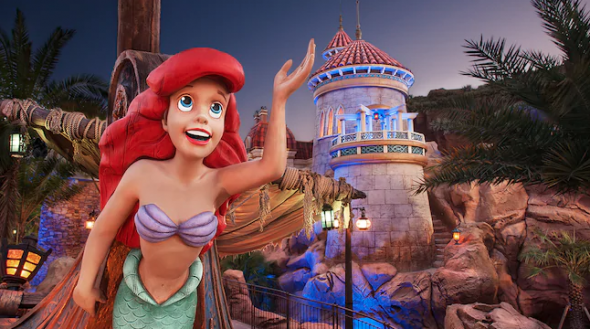 Way back in 1967, an ambitious, sleek, Space Age-inspired New Tomorrowland opened at Disneyland Park. One of its highlights was the Lost Legend: Adventure Thru Inner Space. Perhaps an ancestor to EPCOT Center’s elaborate, educational dark rides, this journey down to the size of an atom was at once Disney’s bravest dark ride ever if only because of its ride system: the Omnimover.

Designed and patented by WED Enterprises (what we now call Imagineering), the Omnimover system is made of a chain of clamshell-shaped vehicles that move continuously, with guests loading from a moving sidewalk. What’s so brilliant, though, is how each individual cab can pivot and rotate on its own controlled axis, giving Imagineers the real-life power of a camera by controlling exactly where guests look. That's why the Omnimover made it into our Seven Modern Wonders of the Theme Park World.

Describing Omnimover cabs as “clamshell-shaped” is especially appropriate here, given that the ride system made a jump to modern times with the 2011 opening of a dark ride based on The Little Mermaid at Disney California Adventure, followed by a duplicate at Magic Kingdom. The continuously-loading, constantly-moving chain provides for a queue that never seems to slow down, and that’s why this won’t be the last time the Omnimover appears on this list.

Other rides with this capacity: Journey into Imagination, The Seas with Nemo and Friends (both Omnimovers) 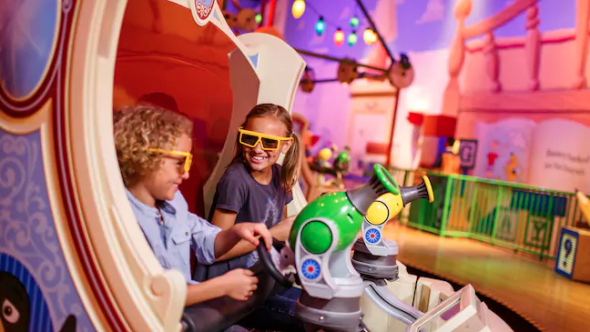 Toy Story Mania is one of the most popular attractions at each park it calls home: Disney’s Hollywood Studios (as a giant board game in Toy Story Land), Disney California Adventure (as a seaside Victorian ballroom on Pixar Pier), and Tokyo DisneySea (as a Coney Island-inspired East Coast pleasure park in the American Waterfront port).

But only Florida’s ride has the impressive capacity on display here. That’s because, in 2016 – while Soarin’ was undergoing its own expansion – Disney also expanded Florida’s Toy Story Mania from two tracks to three, essentially boosting its capacity to 150%.

Why? Probably for two reasons: first, Disney’s Hollywood Studios is infamously short on rides just like Epcot; second, executives knew that the approach of 2018’s Toy Story Land and 2019’s Star Wars: Galaxy’s Edge would propel Hollywood Studios into superstardom, and recognized that its still-miniscule ride count (it will have 8 total rides, while Disneyland’s Star Wars E-Ticket will be two of 36) will simply have a hard time keeping up with the new demand. 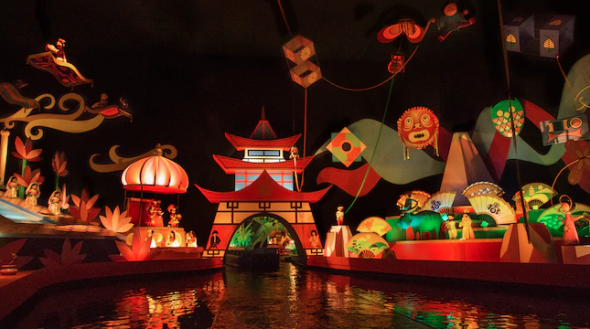 During the two-year run of “it’s a small world” at the 1964 – 65 New York World’s Fair, the star of the Pepsi pavilion sold over a million ride tickets. (Children’s tickets cost 60¢, while adults’ cost 95¢, with all proceeds donated to UNICEF.) Despite its popularity, the ride famously featured a queue miles shorter than any other World’s Fair attraction. The reason? The ride system.

“It’s a small world’s” simple ride system was nonetheless revolutionary. Guests sat in 16-person boats set adrift in a canal. Embedded in the waterway were simple water jets, positioned as to keep the boats cruising at a steady 1½ miles per hour, loading and dispatching boats with rhythmic efficiency.

That same high-capacity ride system is still in use today at Disneyland (with only minor adjustments, including deepening the trough in 2007 to accommodate the growing average weight of Disneyland guests). In Magic Kingdom, more efficient 24 person boats are instead track-guided through a flooded showbuilding, with the almost unprecedented capacity approaching 3000 people per hour.

4. Pirates of the Caribbean 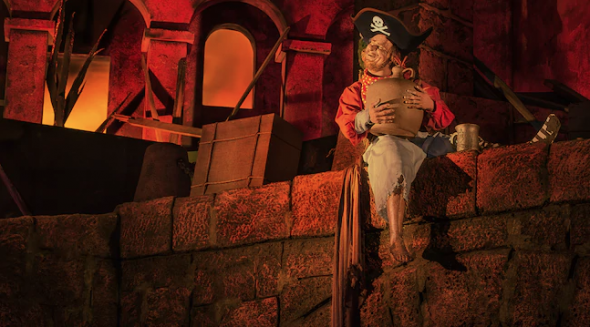 Believe it or not, WED Enterprise’s experiment with “it’s a small world” in 1964 is directly responsible for Walt’s magnum opus, Pirates of the Caribbean. Though Walt had long imagined a pirate attraction in a New Orleans-themed area, he pictured it as a walkthrough wax museum, touring guests past ornate sets and scenes in the land’s basement. Such a basement was even dug during the land’s creation.

But upon seeing how many people “it’s a small world” could usher through every hour, the plans shifted. Though Walt never lived to see Pirates open to the public, he was instrumental in its design, including adopting the high-capacity boat ride system that the attraction today is known for. Though Disneyland’s super-sized version of the ride can handle 3400 people per hour, Magic Kingdom’s smaller version can still process 3200 – an incredible number – with ease... part of our argument of why Disney Parks should get rid of FastPass.