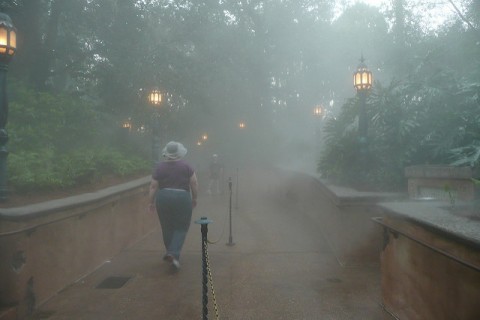 No one wants to wait in line at a theme park. It doesn’t matter whether the queue is as intricately themed as Hogwarts Castle or as haphazard as Magic Carpets of Aladdin — lines just aren’t fun.

But there are some things that make even a modest wait time become an excruciating ordeal. Some are the fault of attractions designers, while others are simply the behaviors of less considerate park guests.

Let’s break down a few of the things that will slowly drive you insane while you wait in line for an attraction. 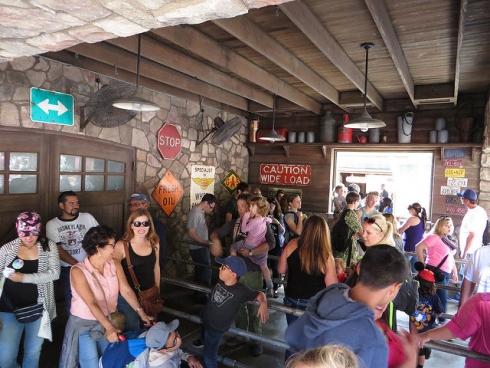 There’s nothing inherently wrong with saving a spot in line. After all, who among us has never had to get out of line to use the restroom or find a water fountain? It’s normal behavior, and Disney won’t kick guests out for it at all.

But, just because it’s accepted and universal, doesn’t mean it won’t drive you nuts.

The lines at theme parks are places of order and common purpose. We’re all waiting in the same queue, and we all abide by the same rules therein. And so, when someone gets out of line, it subconsciously reminds you that you’re choosing to stay and wait. You may want to go to the bathroom too. You may want a drink of water as well. You may simply want to sit down for a while on your own. But, as custom dictates, you don’t — you wait in line.

And yet, there are people who will ignore that common purpose and, instead, deploy one of their party to wait in line while the others take care of business. When they arrive, usually stopping just in front of you, you have to bite your tongue, too. 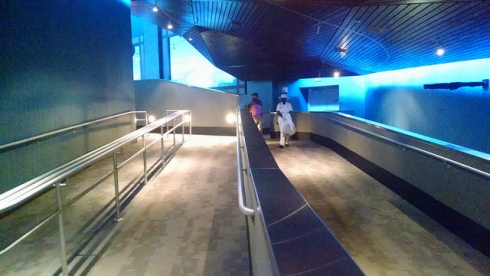 Some attractions, however, don’t have such rigid definitions of queue lines.

Take Soarin’ Around the World for example. That queue isn’t the single-file maze most of us are familiar with, but rather, it is a wide concourse somewhat resembling that of an airport. Guests don’t line up so much as gather, slowly inching toward the theaters together.

This, of course, creates an opportunity for a rare kind of selfish person: the passive-aggressive line cutter.

This individual wouldn’t directly cut in line, of course. They understand that cutting in line will get you kicked out of the park, and they would never risk such a major punishment for such a small gain. But, on attractions with somewhat self-policing wider queues, they’re always looking for an edge.

Maybe they push past you as the doors for a 3D movie open. Or, maybe they make their way to the front of the pre-show theater, knowing just where the doors will open to the next part of the queue. Or, maybe in the Soarin’ queue, they’ll just calmly and methodically attempt to pass you to the side before you close up the gap between you and the group ahead of you.

Again, this behavior isn’t enough to get you thrown out of the park, but it will certainly make you question your sanity.