Are You Brave Enough to Experience These Terrifying Theme Park Attractions? 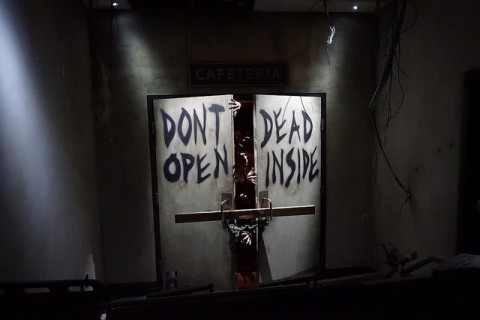 When it comes to Halloween thrills, no one does it better than Universal Studios’ Halloween Horror Nights. A veritable neighborhood of haunted houses awaits the fearless in spirit, while scare actors lurk in special scare zones that allow guests to get up and personal with some truly nightmarish monsters from the silver screen and beyond.

Halloween may be an annual treat, but you don’t need to shell out the cash for a hard-ticket event to find spooks and scares at theme parks all year round. We’ve rounded up some of the most frightening attractions at theme parks around the U.S., so you’ll still have something to satiate that Halloween craving when the calendar finally flips to November. 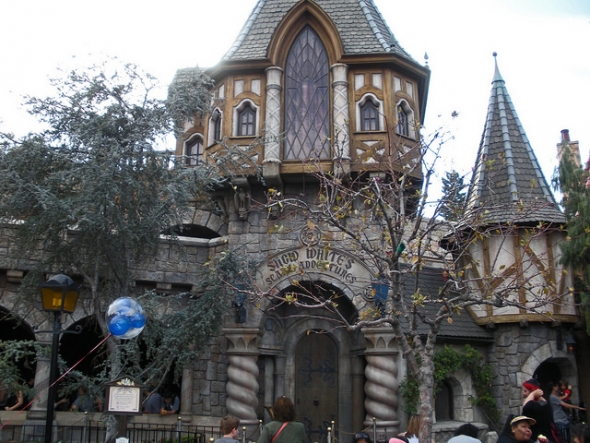 While Disneyland’s haunted house is permanently open to the public (except for the few weeks needed to transform it with a Nightmare Before Christmas overlay every fall), it’s not the scariest attraction the park has to offer. That distinction goes to a true Opening Day classic: Snow White’s Scary Adventures, the Fantasyland dark ride that puts you in the shoes—er, mine cart—of Snow White as she braves castle dungeons and spooky forests en route to her happily ever after. It’s enough to creep out even the unflinching theme park cynic, and this is just the revised version… in the original iteration of the ride, the Old Hag trapped unwitting guests in her skeleton-filled dungeon and tried to finish them off by pushing a boulder onto the ride vehicles. Although Disney has since added Snow White back into the ride, she’s only present at the beginning and end of the attraction, leaving you in the witch’s clutches for most of your two-minute journey.

There really isn’t any other Disneyland Resort attraction that comes close to being quite as frightening as Snow White’s haunted jaunt through the forest, but it’s clearly outpaced on the thrill-seeking side by rides like Space Mountain and Guardians of the Galaxy – Mission: Breakout! If we had to pick, the Haunted Mansion would be a distant second, despite the fact that it tends to skew creepy rather than outright scary. Beyond the stretching room and its morbid backstory, the only jump scares that await you are of the pop-up ghoul variety. As with Snow White’s Scary Adventures, however, it’s often older versions of existing attractions that provided guests with a more intense ride experience. In 1985, Disney moved a few cast members into the mansion—not to join the 999 ghosts, mind you, but to dress up as knights and jump out at guests during the ride. The gag worked a little too well, as one knight’s nose was broken when a frightened guest punched him in the face, while others had to be reminded not to scare senior citizens and young children. 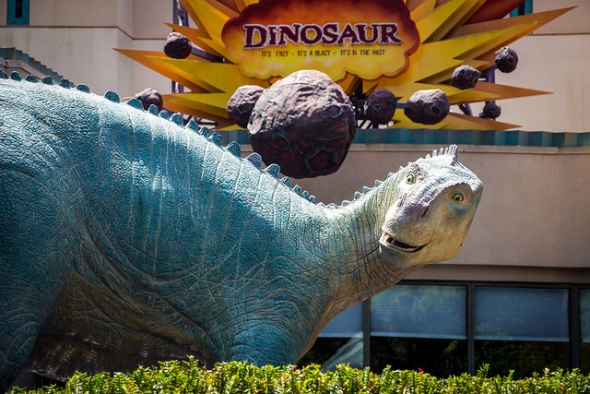 Ever since the closure of Tomorrowland’s ExtraTERRORestrial Alien Encounter in 2003 and Fantasyland’s Snow White’s Scary Adventures in 2012 (a ride that, for what it’s worth, has a far more nightmarish history than its Disneyland counterpart), there hasn’t been a truly frightening attraction in Walt Disney World. The closest today’s guests will get to a good scare is likely on Dinosaur, an EMV attraction that takes its passengers back through the Cretaceous period in order to rescue an endangered Iguanodon. The only trouble is, a looming asteroid is threatening to wipe out all dinosaurs, and the carnivorous Carnotaurus is eager for its last meal on Earth: you.

Where Snow White’s Scary Adventures is intended to spook its riders from start to finish, Dinosaur takes its time building up to any real scares. Its big payoff comes right at the end, when the Carnotaurus finally emerges from the brush to get a better look at its next snack. Still, it’s far more startling than anything you’ll encounter on thrill and non-thrill rides throughout Walt Disney World, save for perhaps one other scream-inducing attraction: Disney’s Hollywood Studios’ Twilight Zone Tower of Terror. The Tower of Terror undeniably provides more of an immediate thrill—its riders repeatedly plunge down a 13-story drop after winding their way through a spine-tingling backstory—but its famed fear factor stems primarily from its drop-ride mechanics than chilling story elements (unless, by chance, riders already suffer from agoraphobia).