10 Things TV Shows Get WRONG about the Disney Parks 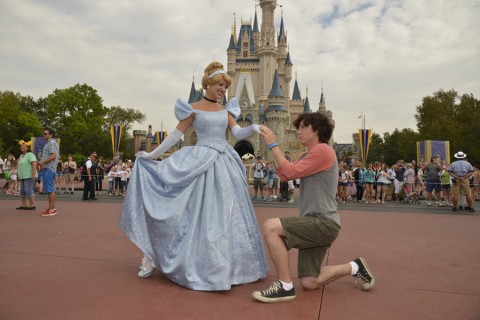 The “We’re going to Disneyland/Disney World!” episode has become a mainstay in the modern American family sitcom over the last 25 years. From Blossom’s first foray into Disneyland in 1993 to Black-ish’s fun-filled day at the Magic Kingdom, 11 fictional families have stepped foot on Disney property to test new rides, play out convoluted storylines, and, at the end of the day, provide the company with fresh marketing material as they inevitably convene for a heartwarming moment of familial bliss under the glow of the fireworks.

As it turns out, however, these sitcom episodes weren’t just designed to give you a case of Disney-tinged FOMO—they also forced their characters to go through some truly zany experiences and perpetuated ridiculous myths about Disney’s theme park experiences. Here are 10 of the weirdest things we learned about Disney through modern television, and what they should have told you instead…

1. Disneyland and the Magic Kingdom are the same park. 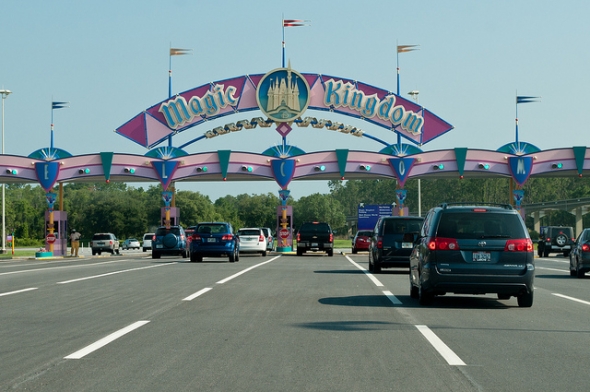 Scene: Three sullen teenagers sulk together on the couch. Their father races down the stairs and into the living room, exclaiming, “Come on you guys, last chance: A day at Disneyland… the Magic Kingdom!”

Ever since the Magic Kingdom opened its gates to the public on October 1, 1971, people have conflated Disneyland with its sister park in Orlando, Florida. The reason for the confusion is a fairly simple one: Before Walt Disney World was constructed in the 1960s and 70s, Disneyland was nicknamed the “Magic Kingdom.” After Orlando received its own cluster of Disney properties, the park that most resembled the original Disneyland—that is, the one with the towering castle and spinning tea cups and real working steamboat—took on the moniker.

In the aforementioned scene, Nick Russo tries desperately to entice his kids to accompany him to Disneyland, where he’s booked a gig as an Elvis impersonator. The kids blow him off initially before making secret plans to visit the park on their own, and use the terms “Disneyland,” “Magic Kingdom,” and “The Happiest Place on Earth” interchangeably as they prepare to round up their crew. While that kind of ambiguity may have been shrugged off in 1993, the two parks have since evolved into completely separate experiences and aren’t subject to quite as many slips of the tongue from today’s guests.

2. Characters can wander from land to land. 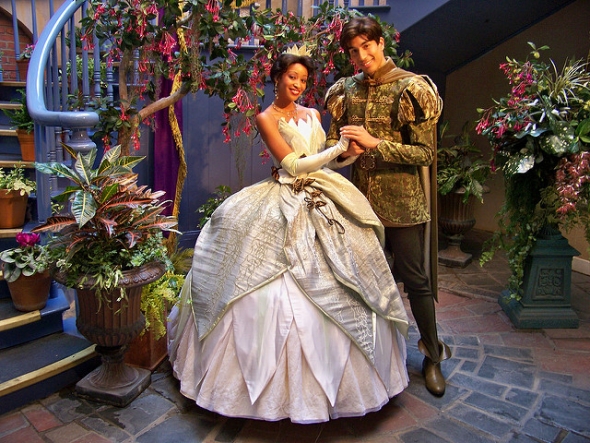 Meeting characters on your Disney vacation often involves a little bit of a trek from park to park. This is because many characters aren’t afforded multiple meet-and-greet locations, nor are they free to wander the parks from land to land like guests do. You may be able to find Mickey and Minnie in multiple areas from Main Street, U.S.A. to Toontown and beyond, but would you ever see Tigger wander from his home in Critter Country all the way out to Star Tours – The Adventures Continue? Definitely not.

It can be jarring to see characters traipse through lands and areas that don’t really suit their backstory, which is why Disney has separated out their cast of meetable characters into varying locations around the parks. That wasn’t exactly the case when the Tanner family visited Walt Disney World in 1992 for a two-part episode of Full House, though. Michelle wanders off after a fight with her older sisters in front of Cinderella’s Golden Carrousel (the original name for today’s Prince Charming Regal Carrousel), and is eventually tracked down in Adventureland by none other than Snow White. Setting aside the implication that Disney sends face characters to hunt around for missing children—it just doesn’t make sense for Snow White to be hanging around the Enchanted Tiki Room or any Adventureland location. If, for some reason, Disney did want to arrange a princess interaction with a guest, Jasmine would be the natural choice for that land.