From Big to GARGANTUAN, These are the Enormous Showbuildings You Never See 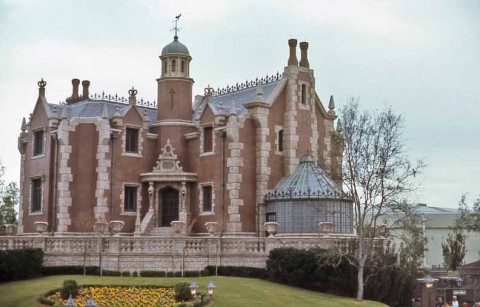 What do an off-roading ride through the last minutes of the Cretaceous and "the happiest cruise that ever set sail" have in common? Not a whole lot. But like so many of Disney and Universal's E-Ticket adventures, one thing they do share is the kind of building in which they take place. Most of the industry's leading, anchoring, epic attractions take place in enormous soundstage-style warehouses – called "showbuildings" in Disney-speak – that are (to varying degrees of success) completely hidden from the view of Guests.

Showbuildings dot the landscapes of Disney World, Disneyland, and Universal Orlando, concealing the epic attractions we know and love behind flat, industrial walls of  blend-in beige and go-away green, their rooftops littered with HVAC systems. And today, we'll take a long, hard look behind-the-scenes at those massive showbuildings for the ultimate countdown of why – when it comes to dark rides – bigger really can mean better. Which attractions do you think will fall into the five largest showbuildings on our list? Any guesses at number one? 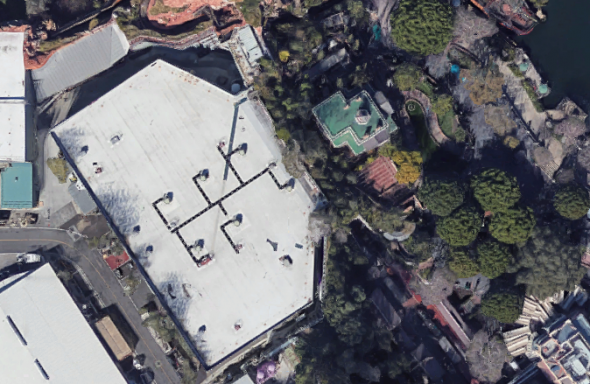 The Haunted Mansion is a smart place to start if only because it acts as an “Introduction to Showbuildings” for many would-be enthusiasts. A favorite fact among Disney Parks fans is that Disneyland’s white plantation house exterior was finished in 1963 – six years before the ride would open, and long before the construction of the industrial showbuilding that actually holds the ride. In fact, only about 5% of the Mansion’s square footage is even in the "house" itself (just the foyer and Stretching Rooms). The rest is contained within a hidden 40,000 square foot warehouse on the other side of the train tracks at Disneyland. 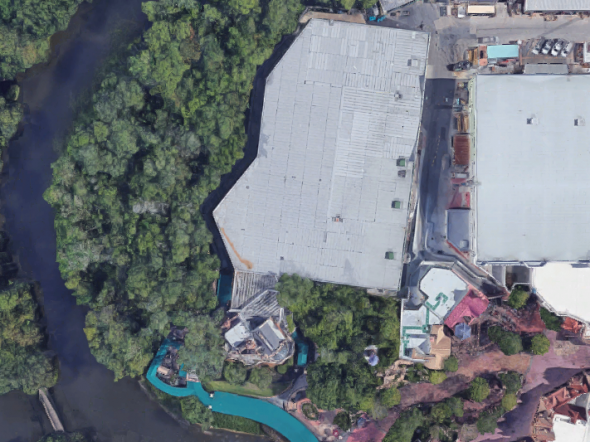 At Magic Kingdom, the showbuilding is placed just north of the manor itself, separated from "it's a small world" by just a few dozen feet. Altogether, the show takes place in a building the size of about ten professional basketball courts. 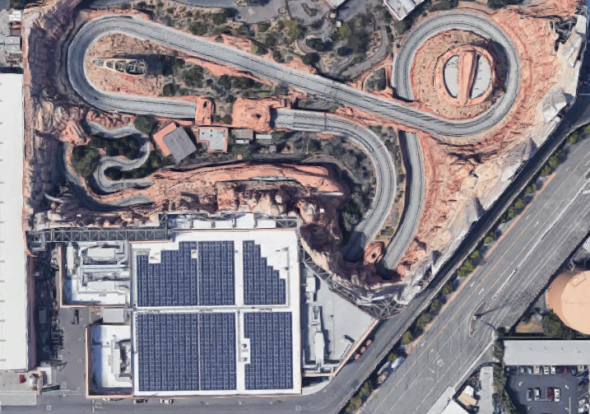 There’s no doubt that Disney California Adventure’s biggest ride is the Modern Marvel: Radiator Springs Racers, and the square footage alone doesn’t even tell the whole story! Though its 51,000 square foot showbuilding is massive, the ride also includes a 140,000 square foot (that’s over three acres!) outdoor race course, darting through the photorealistic landscapes of the American Southwest. What’s more, the Cadillac Range and Ornament Valley that completely envelope Cars Land is itself made of over 300,000 square feet of rockwork, earning it a place in our Seven "Natural" Wonders of the Theme Park World.

And to make use of all that space, in 2016 Disney installed a 40,000 square foot array of solar panels on the roof of the Radiator Springs Racers showbuilding, helping generate the massive amount of electricity needed to power Cars Land and Disney California Adventure! 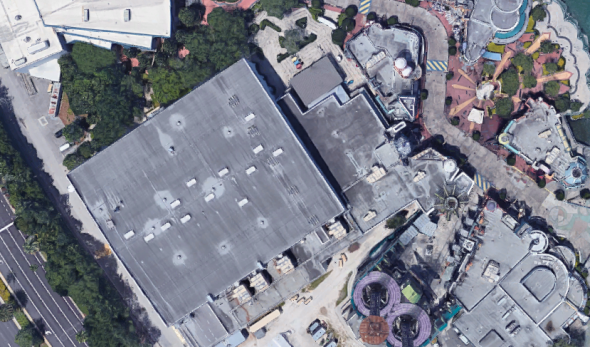 Few knew what to expect when Universal announced a new theme park that dispensed with their usual “studio” styling in favor of highly-themed, immersive “islands” aiming closer to Disney quality than to boxy studio soundstages. The park’s anchoring E-Ticket – the Modern Marvel: Amazing Adventures of Spider-Man – is considered one of the greatest modern dark rides on Earth, introducing a ride system so advanced, it remains rare to this day. The enormous showbuilding is almost exactly the same square footage as a football field! 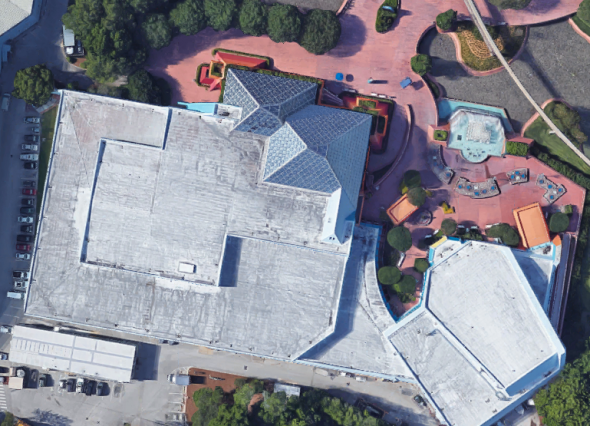 Of course, when Disney transformed that legendary classic into the Declassified Disaster: Journey into YOUR Imagination, it didn’t just cut the beloved characters and the quality; they cut the track. The 1999 version of the ride (and the current version, which dates to 2002) literally bypass almost half of the ride’s track by way of a new shortcut, editing the original, epic 11 minute dark ride to a brisk 6 minutes. That means that nearly half of the showbuilding is no longer used for the attraction.

12. Harry Potter and the Forbidden Journey 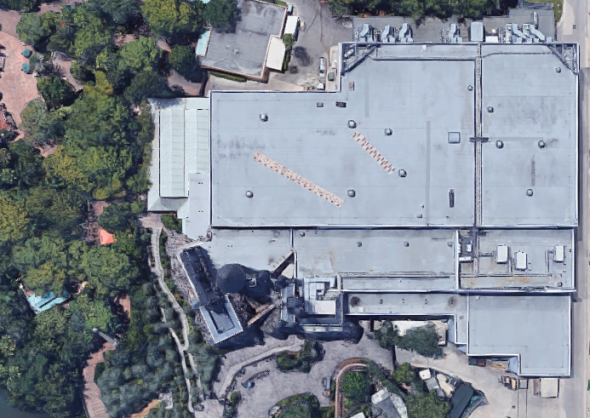 Harry Potter and the Forbidden Journey may be one of the biggest theme park adventures ever designed, and the ride’s epic scale also translates to its showbuilding. The building housing the nearly-inexplicable dark ride isn’t just huge, it’s tall. And while Universal “disguised” it behind a rocky outcropping with Hogwarts castle atop, it doesn’t take much detective work to realize where the ride really takes place. Of course, the 60,000 square foot building also houses the legendary queue, whose tour through the hallowed halls of the Wizarding school is a literal attraction in its own right.

But the showbuildings are only getting bigger... read on...