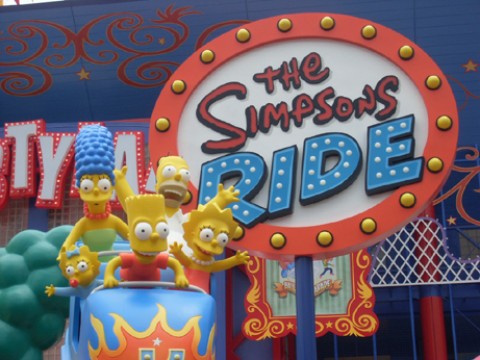 The Walt Disney Company dominates the theme park industry. Everyone knows this, and the attendance stats aren’t close. When you pay too much attention to Disney, however, you run the risk of missing out on some terrific theme parks and attractions.

I recently evaluated the best restaurants at the most popular non-Disney theme parks in North America. This article will address a touchier subject. Which ride is the best at each of these parks? Odds are really, really good that you’re going to disagree a lot, and that’s okay! Think of this as a conversation starter.

While the title is hotly contested, Cedar Point is the self-professed roller coaster capital of the world. They’re the current record-holder for having the most rides of any park in the world. They have the second-most roller coasters, too. As such, choosing the best ride here is extremely difficult.

I shortlisted half a dozen rides including three I eventually ruled out. Those are Magnum XL-200 (one of the best 20th century rides), Maverick, and Raptor. Eventually, I accepted that Raptor is a personal favorite rather than a universally beloved ride. Similarly, Maverick is fantastic for what it is, but it cannot compete with the best three rides at Cedar Point.

To me, the big three are Top Thrill Dragster, Steel Vengeance, and Millennium Force. Out of those, Steel Vengeance is the newest ride, having re-opened in 2018 as a modified version of Mean Streak. In the process, it broke several world records for a hybrid coaster. Top Thrill Dragster is like losing your virginity. It’s a total blur that happens way too fast, but you’re so glad that you did it and cannot wait to do it again. I just can’t pick a ride that lasts only 30 seconds, though. Instead, I – like any sane person – favor Millennium Force, the ride that triggered the roller coaster arms race of the 21st century.

Cedar Fair owns this park in addition to Cedar Point, giving it two of the top three parks in terms of roller coasters onside. Canada’s Wonderland is home to 16 of them, one behind Cedar Point and three behind the title holder, Six Flags Magic Mountain.

Despite having 70 rides onsite, this park doesn’t require a lot of hemming and hawing to lock in on the best of the best. The discussion comes down to two attractions, Behemoth and Leviathan. Despite their placement at the same park, the two have been in competition since Leviathan’s arrival. Before its appearance, Behemoth stood apart as the tallest and fastest roller coaster in Canada. Then, its younger sibling beat it in both categories. While Behemoth remains phenomenal, I’ll take the new and improved coaster in this instance, unlike at Cedar Point.