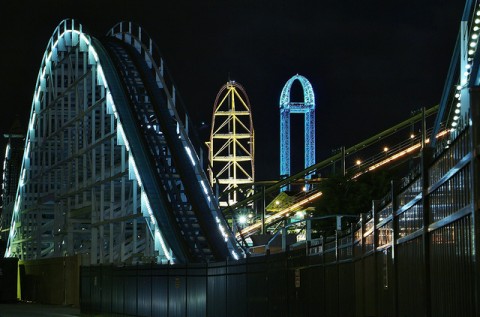 The 1990s and early 2000s were defined by a competition primarily between Cedar Point and Six Flags Magic Mountain that became known as “The Coaster Wars.” Both parks, along with a few interlopers here and there, were determined to build the tallest, fastest, and most intense roller coasters on Earth. When one park built a coaster that was 200 ft tall, the other would build one 205 ft tall. When one sent riders at speeds upwards of 85 mph, the other broke the 90 mph mark.

Nowadays, amusement parks are building roller coasters just as fast and often as ever, but many of those records for height and speed have stood much longer than at other periods of roller coaster history. And yet, you’d be hard pressed to find a coaster fan who’d say we aren’t living in the golden age of roller coasters.

Why is that? What has changed about roller coaster fandom between when Millennium Force first opened in 2000 and now?

The internet, primarily. And, moreover, coaster enthusiasts are more knowledgeable and passionate than ever. As fans could communicate and interact, the hobby exploded and now, almost two decades after Cedar Point was the de fact winner of The Coaster Wars, the fandom is in a dramatically new place.

Here are some ways roller coaster fandom has changed:

Manufacturers and Designers are Famous 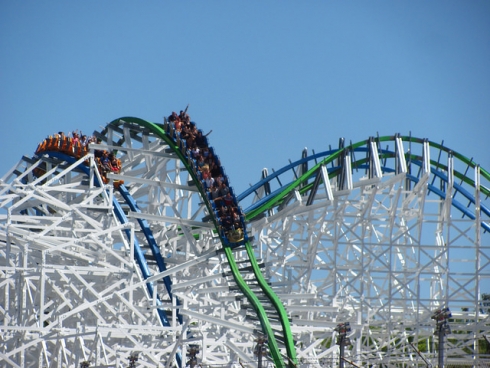 For a long time, fans and amusement park guests knew very little about who made the great attractions they rode, and how one manufacturer’s style might differ from another. The niche enthusiasts could tell the difference between Intamin and Arrow Dynamics, perhaps, but the average roller coaster fan couldn’t tell you much beyond each ride’s name and type.

As information became more democratized, and sites like Roller Coaster Database and others helped fans learn more about their favorite rides, the manufacturers have become stars unto themselves. Now, any warring coaster factions aren’t about Cedar Point vs. Six Flags Magic Mountain so much as they’re about Rocky Mountain Construction vs. Great Coasters International.

Rocky Mountain Construction, in particular, has developed a rabid fan base unlike any coaster manufacturer has had before. A cottage industry of RMC rankings, POV videos, and rumor mongering has taken over the internet. And now, RMC’s figureheads are so well known that when they’re even spotted at an amusement park, the whirlwind of rumors as to which attraction they might adapt next kicks into yet another gear.

In the past, the parks were the idols. Now, it’s the designers.