POSSIBILITY WORLD: A Tour Through the Lost E-Tickets Magic Kingdom Almost Had 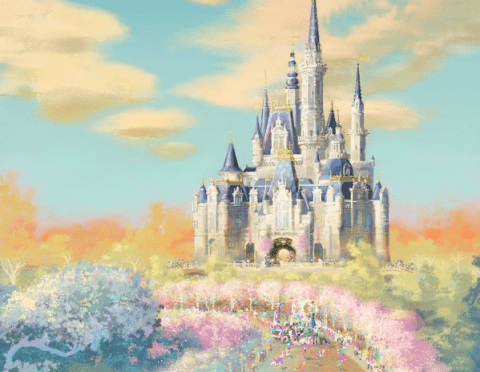 “To all who come to this place of possibility: welcome. Possibility World is your world..." Or, it could've been!

Here at Theme Park Tourist, our world-class LEGEND LIBRARY is always growing, telling the in-depth stories of the best (and worst) theme park attractions to have ever existed… and even of those that never did exist. That’s where our Possibilityland series comes in, and over the years, we’ve chronicled the complete tales of “could-be classics” that simply never made it off the drawing board, like Beastly Kingdom, Discovery Bay, Tomorrowland 2055, and more.

Today, that series begins a grand expansion… Welcome to Possibility World – a whole new chapter in our walkthroughs of what could be. In Possibility World, we can find attractions, areas, and even full lands that simply never came to pass. Think of it like this: if one person had said “Yes!” instead of saying “No!” (or vice versa), this is what the most magical place on Earth could look like…

Even before Magic Kingdom opened here in “Possibility World,” designers had faced a foundational question: how much of this “Disneyland East” should really look and feel like the original Disneyland? 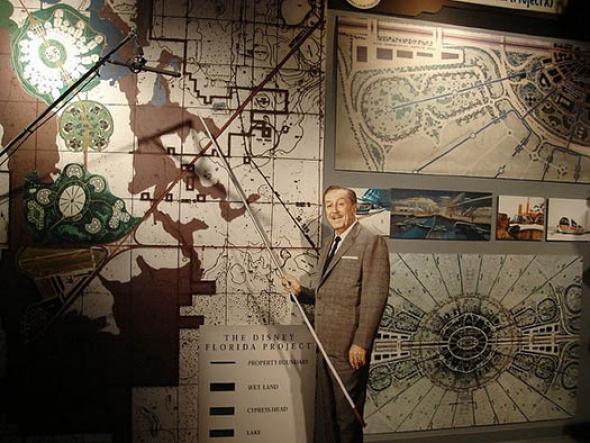 On one hand, the opening of the Florida property was meant to take the “DNA” of Walt’s tiny Anaheim park and re-build, re-arrange, and re-market it as “The Vacation Kingdom of the World” – intentionally master-planned as an international destination with all of the infrastructure such a vast resort required. To that way of thinking, Magic Kingdom should be a copy of Disneyland with all of its most well-loved classics in-tact, albeit upsized with wider paths, open plazas, and high-capacity theater attractions befitting the crowds Disney now knew to expect.

On the other hand, this new “Disney World” would benefit from a blank slate; an ability to truly start from scratch on a fresh canvas. Had Walt lived to become involved in the details of Disney World’s planning, would he have been content on simply cloning his classics from a decade before? Or would he have challenged his designers to make changes to account for a changing culture, new location, and a new time? 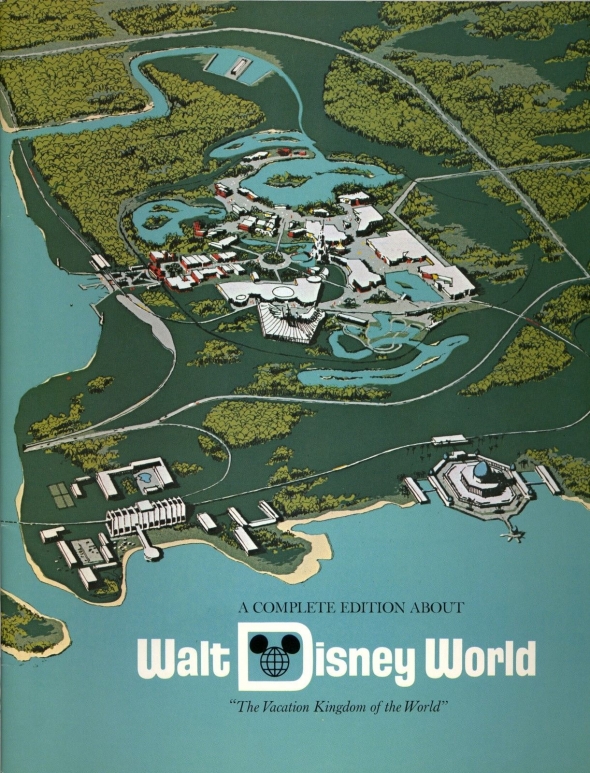 Of course, the trouble is that Walt wasn’t around to make such decisions, having passed away in 1966 – five years before Magic Kingdom opened. As such, it came down to his brother Roy to help guide the creation of Magic Kingdom and the rest of Walt Disney World. Ultimately, Roy chose to balance the two points of view, splicing the best of Disneyland with a few fresh, updated concepts...

So here in our alternate reality Possibility World, Magic Kingdom benefits from some brave ideas that make this park quite a bit different from the one you and I know today. And while it may not have as many would-be projects as the much older Disneyland's alternate-reality walkthrough, this could-be Kingdom still features some exclusive E-Tickets that might have redefined this park forever. So put on your walking shoes and let’s start our trip into Possibility World’s Magic Kingdom. 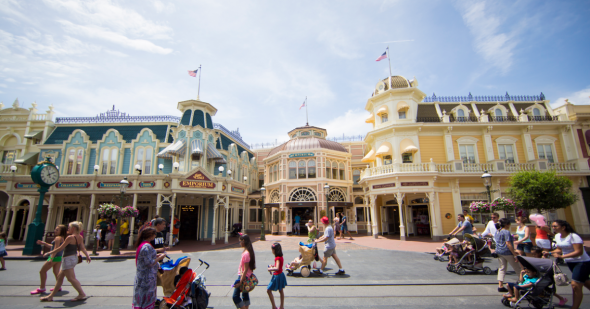 Believe it or not, one of the first elements of Magic Kingdom to undergo a pretty serious redesign from its Disneyland origins was Main Street, U.S.A. Though most guests would assume that the Main Streets on each coast are approximately identical, designers responsible for Florida's park decided to stretch their creative muscles with Magic Kingdom's entry.

While Disneyland's Main Street was a quaint, charming, cozy, idealized recreation of turn-of-the-century Midwestern small towns, Magic Kingdom's entry was (like the rest of the park) up-sized given the blessings of size, pre-planning, and a much more hefty budget than Walt's original cash-strapped construction of Disneyland. 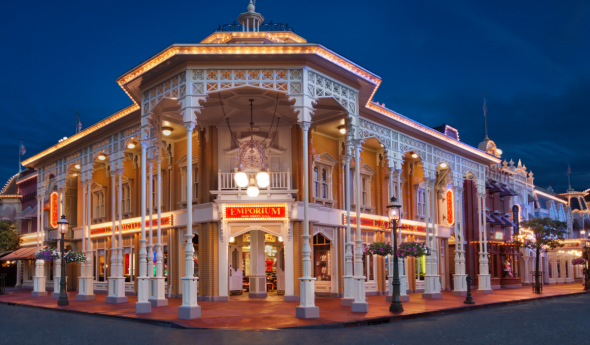 That difference has been planned since the beginning, so there's not much here in "Possibility World's" Main Street that the real park doesn't already have... except a second, parallel street. In fact, this second street officially opened here in Possibility World in 2019. Magic Kingdom has been using an auxiliary pathway behind the east side of Main Street for years, but it's mostly been a rudimentary, fence-lined pathway meant as a valve to release pressure during parades and fireworks shows that tend to bring Main Street to a halt.

In 2017, Disney announced a brand-new, Broadway-style theater to be built along that secondary avenue. Designed to resemble the iconic 1920s Willis Wood Theatre in Kansas City (a major city in Walt's story), this new entertainment venue began to "skin" this secondary Main Street corridor to draw it into the immersion Disney is known for, allowing this secondary street to remain open all day and night, greatly relieving the strain of Main Street.

Though entirely new sub-lands may have been imagined for Disneyland's Main Street, here in Possibility World this grand theater is really the only significant Main Street project that differs from today's real park. But as we head deeper into Possibility World, we'll find some surprising new E-Tickets that never made it off the drawing board... Ready to see Magic Kingdom in a new light? Read on...