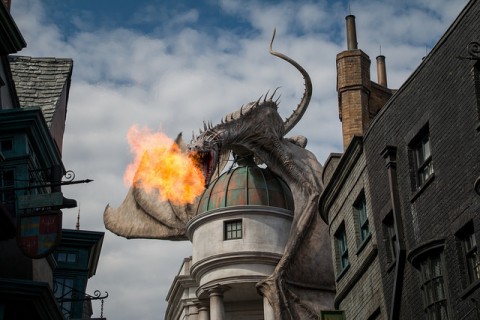 The theme park ecosystem is fascinating to study, because what affects one theme park can often have a cascading effect throughout the entire industry. One change at a major park can beget hundreds of smaller changes at more secondary parks lower on the theme park food chain.

Of course, the greatest agents of change in this ecosystem are Disney and Universal, whose theme park wars of the 1990s began a complete reformation of the industry from the top down. Now, the attractions and concepts Disney and Universal debut tend to filter down to the regional parks, like Six Flags and Cedar Fair, slowly over time.

We’ve seen innovations like Fastpass get copied by the regional competitors and turned into upcharge skip-the-line passes — a simpler and less technologically savvy remix of the concept Disney pioneered. Similarly, we’ve seen video game-style dark ride shooters pop up at nearly ever Six Flags park across the country.

So, if the things Disney and Universal invent trickle down to the regional amusement parks as time goes by, what are some of the trends we’d expect to see at our local thrill park in the near future? Let’s look at a few: 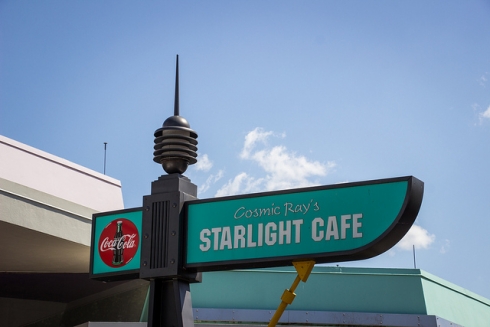 While it’s not for everyone, the convenience and simplicity of mobile ordering quick serve food at the Disney Parks cannot be overstated. No longer are guests required to wait in a lengthy line to place their orders, before waiting again for their food to be prepared once the order has been placed.

Disney spotted an inefficiency in their food service operations and decided to fix it by having guests place their food orders in advance on their phones, thereby eliminating the first part of the counter service wait. Disney benefits by saving on cast member salaries and by moving more food across the counter per hour. Guests benefit by having a reduced wait time and no need to stand in yet another line.

At some point, this technology will make its way down to the regional amusement parks and we will all be much better off for it. With local parks operating at much slimmer margins than the Orlando megaparks, any edge can spell the difference between a successful summer and a sub par summer. Keeping guests happy while reducing bottlenecks at traditionally busy lunch hours can dramatically increase satisfaction and help keep guests coming back year after year.

With businesses as common as Starbucks making mobile ordering feel commmonplace, it’s only a matter of time until you see it at a Six Flags or Cedar Fair park near you. 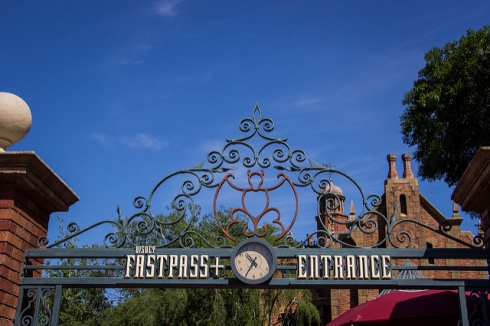 Disney changed the game yet again when it introduced MyDisneyExperience and the revamped Fastpass+. While the learning curve got dramatically steeper for the redesigned ride queuing system, the results have been spectacular. Guests are now able to book up to three attractions in advance of their day in the park, giving them more flexibility to enjoy other attractions without sprinting across the park to collect Fastpasses. Then, when the reserved time arrives, guests can make their way to each attraction and board with a minimal wait.

Universal, for its part, has tried to revamp its queuing systems as well. In addition to the Express Pass, which allows guests at Universal to skip the line for major attractions, the company also experimented with an entirely new form of queueing for Race Through New York starring Jimmy Fallon. In this system, guests return to the attraction at specifically assigned times to then wait in an interior lounge space before finally boarding the ride.

In the regional parks, lines are still based around the same systems developed 15 years ago, with the skip-the-line passes representing the only innovation they’ve seen in that time. But eventually, you have to think we’ll start to see the introduction of reserved ride times at these parks — particularly for major attractions like Steel Vengeance at Cedar Point or the forthcoming West Coast Racers at Six Flags Magic Mountain. Giving guests the ability to pre-book ride times before they arrive in the park increases guest satisfaction, helps ride operations space riders evenly throughout the day, and keeps guests in the park longer — thereby making the park more money.