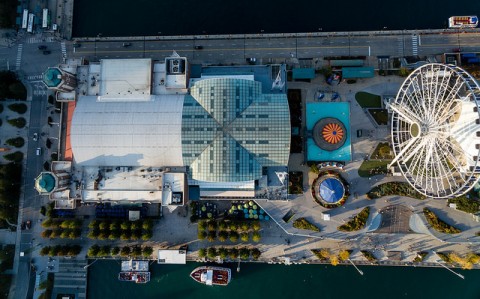 We’ve all done something slightly nutty for the theme parks we love. Maybe you’ve gotten up at sunrise to get ready for a rope drop, or tried to fit all four Walt Disney World parks into a single day, or rubbed elbows with the at-capacity crowds of the now-defunct 24-Hour Days.

Chances are, however, that your dedication to the ultimate theme park experience doesn’t extend quite as far as that of the guests mentioned in these stories. They’ve done everything imaginable to create once-in-a-lifetime experiences at their favorite theme parks, including whirlwind cross-country trips, countless Guinness World Records, and even… a secret wedding?

Read on for some crazy stories—and maybe some inspiration for your next trip to the parks, too! 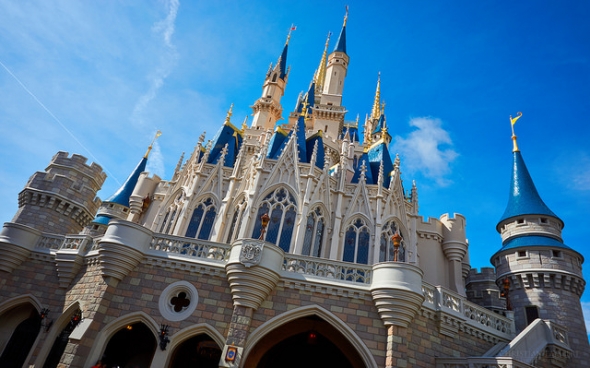 Sure, most of us have attempted to park-hop at some point during our Disney vacations -- flitting from Disneyland to Disney California Adventure, Tokyo Disneyland to Tokyo DisneySea, or circling the Magic Kingdom, EPCOT, Disney Hollywood Studios, and Animal Kingdom from sunup to sundown -- but taking on all 12 international parks in one go is a challenge reserved for only the most daring parkgoers.

In 2018, travel blogger and self-identified Disney fan Lindsay Nemeth set out to do just that. She worked her way around the globe from Disneyland to Tokyo DisneySea, making stops at Disney California Adventure, Magic Kingdom, EPCOT, Disney Hollywood Studios, Animal Kingdom, Disneyland Paris, Walt Disney Studios, Shanghai Disneyland, Hong Kong Disneyland, and Tokyo Disneyland along the way. And, according to Guinness World Record stipulations, she couldn’t just step through the turnstiles, snap a quick photo of the entrance, and head right back out to her next destination: she needed to ride at least one attraction, record video of each visit, get a GPS reading, and have the visit authorized by signed witness statements from two different people in order to count a park toward her official record. The entire endeavor took 75 hours and six minutes, a little under five hours shy of her estimated 80-hour total.

Nemeth wasn’t the first to try to set the record, however. That distinction goes to fellow Disney die-hard Christopher Wing, who visited every current Disney park in just about 75 hours back in 2016 (his record, while impressive, was also unofficial as he didn’t complete the requirements at each stop). As Shanghai Disneyland hadn’t yet opened to the public, Wing’s accomplishment set the all-time bar for Disney jet-setters until Nemeth managed to touch down in Shanghai two years later.