The Absolute Best Theme Park Attractions on the Planet 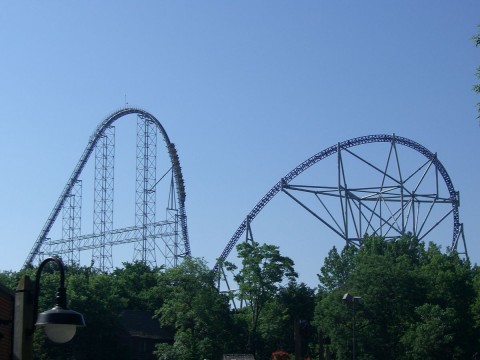 Ah, the eternal question. What is the best theme park ride in the world? Everyone has an opinion, some of which matter more than others. For example, Amusement Today has covered the industry for more than 20 years now. They’ve even created the Golden Ticket Awards to give some of their readers a chance to pick their favorites. Sure, a debate exists about the validity of these awards, but the same is true of the Academy Awards, the Grammys, and the Emmys. More than anything, a Golden Ticket in a specific category should provoke discussion about the best of the best. Keeping this in mind, here are the best rides in the world.

Image:Cedar FairRoller coasters aren’t the end-all, be-all of theme park attractions, but let’s be honest. They’re at the top of the list for a lot of people. When casual theme park tourists think about the industry, roller coasters are likely the first thing that pops into their minds. And that’s why this category is so important. Theme parks war over titles like Roller Coaster Capital of the World, arguing about the quantity and quality of their rides. So, what’s the best of the best? 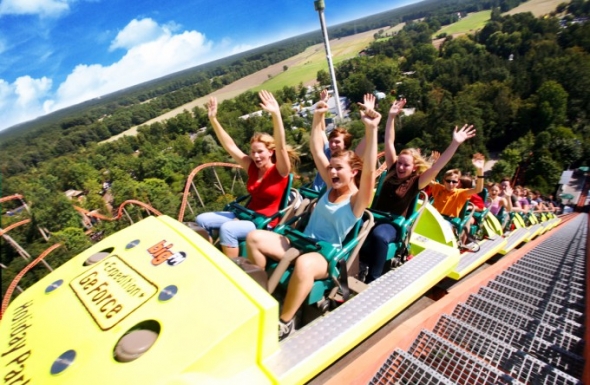 Image:Holiday ParkFor the third year in a row, Carowinds claims the title of Best Steel Roller Coaster. The Charlotte, North Carolina park is owned by Cedar Fair Entertainment, and Fury 325 clearly takes its inspiration from a different coaster in their lineup.

Fury 325 is a more modern take on Millennium Force, by which I mean that it’s taller, faster, and steeper than its predecessor. On Fury 325, guests rise 325 feet into the air and then plummet downward at 81 degrees, quickly building to a maximum velocity of 95 miles per hour. It’s a sadistic coaster that will leave you breathless bordering on comatose. Realistically, this ride will stand atop the steel coaster realm until something does to it what it did to Millennium Force, duplicate the best ride elements while adding more power and speed. Until then, Carowinds is THE destination of choice for coaster fanatics who want to ride the very best.

Image: Cedar FairThe honorable mentions in this category read like a who’s who of 21st century roller coaster technology. We’ve already discussed Cedar Point’s crown jewel, Millennium Force, which dominated this category for the body of a decade. That park doubled down in 2018 by adding Steel Vengeance, a record-shattering steel coaster that replaced a previous wooden coaster named Mean Streak. And that coaster also won the honor of Best New Ride in the world! The greatest ride that isn’t owned by Cedar Fair is at Holiday Park in Haßloch, Germany.

Expedition GeForce is a perennial favorite since its introduction in 2001, and it even has a claim to fame over Fury 325 and Millennium Force. Its first drop is even more savage at 82 degrees. You will see your life flash before your eyes as you zoom straight down at a sick angle.

Image: Knoebels ParkThe category of Best Wood Roller Coaster has proven more competitive during the 21st century. Several coasters have held the title of best in category over the past two decades. The especially novel part is that due to the nature of wooden coaster design, classics remain in vogue for many years after their construction. We’ve seen rides that are 20+ years old suddenly surge in popularity as theme park tourists fall in love with them all over again. To wit, the top of this year’s list features three coasters built between 2000-2006 and two that go all the way back to the 1980s! The fashion of the era may not have stood the test of time, but the coasters sure did. 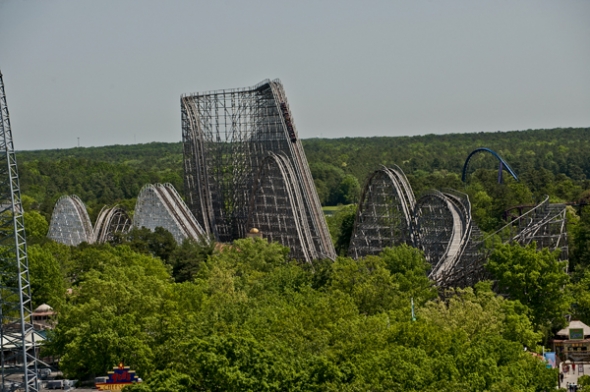 Image: Six Flags Phoenix is aptly named for a couple of reasons. Originally, the name of this Knoebels Amusement Resort attraction reflected its heritage. Another roller coaster, The Rocket, proved popular during the post-World War II era in San Antonio, but it got shut down in 1980. Knoebels restored it at their park in 1985, numbering the various tracks to ensure that the ride experience remained faithful to The Rocket. During the 21st century, Phoenix has finished in the top five of Golden Ticket voting each year, which tells you everything you need to know about the timeless nature of the attraction.

One of the honorable mentions actually dates back to a time before Phoenix. The Beast at Kings Island was built in 1979 (!), back when Jimmy Carter was President of the United States. To this day, it remains the longest wooden roller coaster in the world. It’s 7,359 feet long and has a ride duration in excess of four minutes. 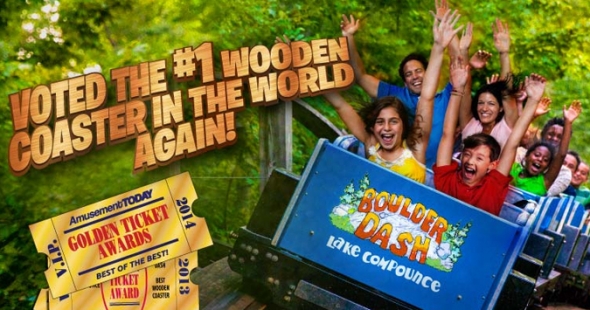 Image: Lake CompounceThe other three near-winners in the category are all products of the 21st century. El Toro at Six Flags Great Adventure in Jackson, New Jersey, is a recent winner in the category. Its peer, Boulder Dash, is one of the true titans in the realm of wood coasters. It has won five times in the 2000s, including a victory all the way back in 2004. The Lake Compounce attraction hovers near the top five each and every year. Finally, The Voyage at Holiday World & Splashin’ Safari is another previous multi-time winner. Simply stated, the best wooden roller coasters in the world are all included in this list. The only question is which one tops the others at a given moment. 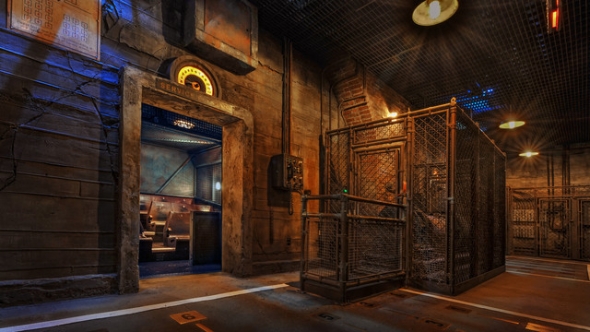 Image: DisneyFor whatever reason, the two most powerful forces in the theme park industry, Disney and Universal, rarely do well in the major roller coaster categories. In other Golden Ticket Awards, however, they’re generally competitive. The explanation for the discrepancy is that Amusement Today doesn’t make their balloting open to the public. Instead, they select a few key voters each year. I guess industry snobs feel like Disney and Universal receive enough acclaim. Still, they cannot ignore these two companies on the attractions that they do best, which are dark rides and indoor roller coasters. As you’re about to see, these are the exclusive domain of the Big Two.