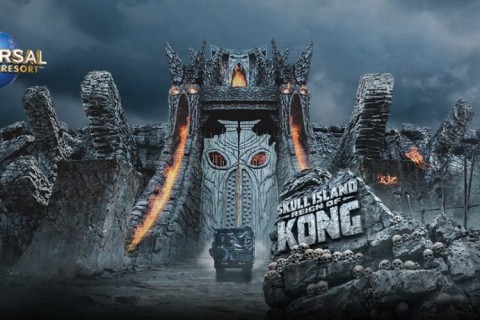 The Walt Disney Company doesn’t corner the market on central Florida thrill rides. If anything, Universal Orlando Resort is its superior in this category. While Disney attractions prioritize theming above all else, Universal goes for the jugular with its rides, some of which feel like an adrenaline injection straight to the heart. Here are the best thrill rides at Universal Orlando Resort.

This attraction was so far ahead of its time when it debuted in 1999 that the five Spider-Man movies that came after it faced harsh comparisons. None of them encapsulated the kinetic energy of Spider-Man’s battles with his rogues gallery the way that this ride does. For many years, it has earned a spot at or near the top of Best Dark Ride lists due to its exhilarating demonstration of Spidey’s world. Even today, it’s in the conversation for Best Ride at Universal, a stunning feat for a 20-year-old attraction.

The very concept of the Fast & Furious franchise lends itself well to a thrill ride. After all, such rides comprise most of the action sequences from the movies. The premise is that you ride a party bus through one of those chase scenes, with characters from the franchise protecting you from the bad guys. It’s a cheap excuse to shoot missiles and employ nitrous oxide effects a couple of times, but hey! That’s what people want and need from a Fast & Furious ride, right?

At some point, through no fault of its own, the Forbidden Journey got passed. A different and undeniably superior Harry Potter attraction arrived, leaving the original feeling a touch threadbare by comparison. Somehow, all of that is true but also total hogwash.

How many rides in the world sweep you through a game of Quidditch, a dragon chase, and a face-to-whatever encounter with a Dementor? No ride at Universal Studios better encapsulates its subject matter than Harry Potter and the Forbidden Journey. It’s the next best thing to matriculating at Hogwarts. Frankly, the theming is so good that it rivals some of the finest works at Walt Disney World. The only downside is that it’s like comparing an ex to your latest crush. The ex looks terrible by comparison. In this analogy, the new crush is…

This attraction is so marvelous that it doesn’t even fit tidily into a ride design description. It’s equal parts dark ride and kickass roller coaster. Plus, it brings one of the greatest adventures of Harry, Hermione, and Ron, the key players from the Potterverse. At one point, their chase of the seven Horcruxes led them to a safe at Gringotts Wizarding Bank, the Fort Knox of the wizarding world.

Choosing the best overall ride in Orlando is a brutal exercise given the competition at Universal, Walt Disney World, and even other competitors in the area. Still, you’d be hard pressed to name something better in central Florida than Harry Potter and the Escape from Gringotts. It’s more than just a thrill ride or dark ride or roller coaster. It’s an impeccably themed derivation of a breathtaking scene from a globally renowned book/film franchise that happens to be a terrific roller coaster, too. Oddly, it’s not my favorite coaster at Universal, however, as you’ll see in a bit.

I have a love/hate relationship with this particular roller coaster, which I call the Crotch Wrecker. It is definitely inclined to bounce people on their private parts throughout the extremely intense ride experience. When you board the Rip Ride Rockit, you’re throwing caution to the wind while embracing the nihilism of velocity with just a touch of vertigo tossed in for good measure.

The ride starts by taking you straight up at an almost impossible angle and, as you know, everything that goes up… Well, you’re what’s up, and the going down portion is going to wreck your crotch. On the plus side, the music is phenomenal since you can pick your own personal soundtrack. There’s a lot to love about Hollywood Rip Ride Rockit. It just makes me wish I’d worn a cup.