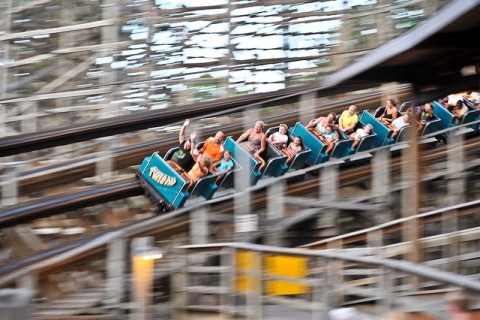 The appeal of the Disney Parks and is as obvious as the ears on Mickey Mouse’s head. Universal Orlando and Universal Hollywood house attractions that are so clearly enthralling, both are among the most visited theme parks in the entire country.

And then, of course, there’s the regional parks: Six Flags, Cedar Point, etc. These are the parks that are known far and wide for their show-stopping thrills and summertime spills. They’re the parks you spent your high school years roaming the walkways of, looking for the newest and biggest rides.

But while those two classes of parks are the most well-known — the major theme parks and the regional amusement parks — there is one third grouping that is every bit as important but somewhat less well-loved. They are the classic parks.

Some classic parks only have one roller coaster. Some operate only on a weekend basis. Some are as old as the idea of leisure itself. These small parks don’t have the glitz of Disney or the thrills of Six Flags. They are, instead, loved mostly for their vintage charm and relatively low cost.

These classic parks can be found throughout the country, but for now, let’s take a closer look at some of the most iconic small amusement spots — those located, specifically, in the northeast. 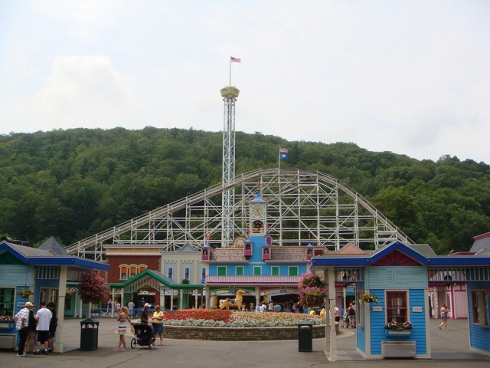 In 1846, a man named Gad Norton joined up with another man named Samuel Botsford to attempt to perform a handful of experiments using gunpowder and electricity on a small plot of land just off a Connecticut lake named Lake Compounce. These experiments were so well-publicized that they prompted thousands of people to come to the lake to watch. It was a thrilling spectacle, and it gave Norton a fantastic idea.

He built a few tables and gazebos around his lake and invited the public to come and enjoy the beautiful scenery in their hours of leisure. Eventually, that area would grow into America’s oldest continually-operating amusement park: Lake Compounce.

Home to vintage attractions like the 1927 Wildcat, as well as modern classics like Golden Ticket Award-winner Boulder Dash, Lake Compounce has managed to maintain its old-school charm while still catering to modern amusement park goers. 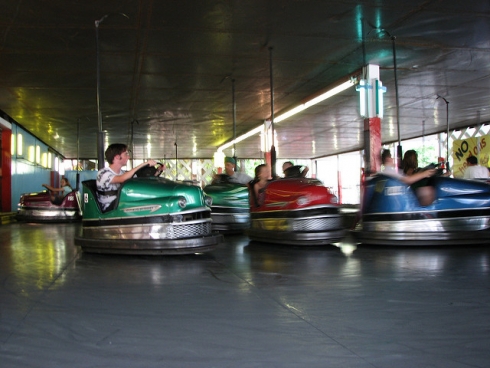 Originally opened in 1926, Knoebels Amusement Park is one of the last true family-owned parks in the United States. Unique among large parks, Knoebels also is famous for its free admission policy, opting to charge guests per ride or attraction rather than charging an up front gate cost.

The result is an atmosphere that is as classic Americana as any amusement park in the country.

While Lake Compounce is as famous for its iconic roller coasters as it is for its historic midway, Knoebels hosts a collection of vintage flat rides that serves as something of a Hall of Fame of classic rides. Its “Whip” attraction, built in 1915, showcases the kinds of entertainment made popular just after the turn of the century, while the park’s Fascination parlor is notable as one of the last remaining places to find the game anywhere in the United States. Plus, it's Haunted House ride is one of the best and most famous examples of the genre at any park.

Ultimately, Knoebels endures because of its familial vibe and its incredible attention to detail — both of which make the park feel like a perfectly frozen moment from America’s leisure boom of decades past. 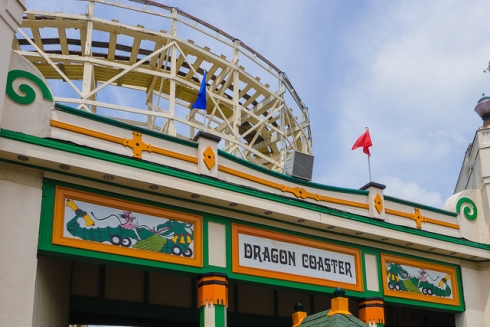 When you picture a classic American amusement park, you’re very likely picturing Playland Park in Rye, NY. There are a few reasons for this: One, of course, is that its Art Deco boardwalk and midway buildings have become cliches in amusement park architecture. Another is that it is one of the closest classic amusement parks to New York City, a media hub and major cultural touchstone for the country.

But the biggest reason Playland Park is the archetypal American amusement park is that it played a starring role in one of the most iconic scenes in film history: the Zoltar wishing sequence in the 1988 film “Big.”

The park itself lives up to that reputation, however. It was added to the National Register of Historic Places in 1980 and named a National Historic Landmark in 1987. It has two coasters — the Dragon Coaster and the Kiddie Coaster — that survive from the late 1920s, and can still be enjoyed today. It has two classic carousels as well, including one of the last remaining “Derby Racers” style of carousel, in which the horses rotate at a much higher speed.

In all, Playland is as famous as it is charming, and that makes it an important stop for any amusement park fan.