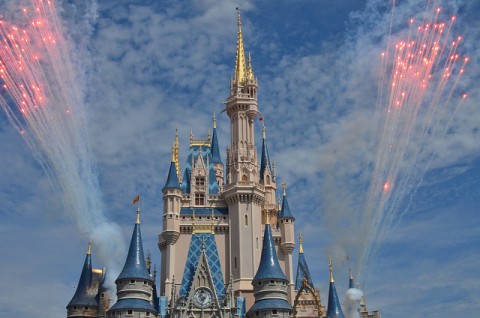 While every Disney Park goer is familiar with the phenemenal Cast Members who staff the many shows and attractions that populate the parks, many others work out of the way and behind the scenes! However, not all of them are as obvious as they seem. Read on for 5 crazy cast member jobs. 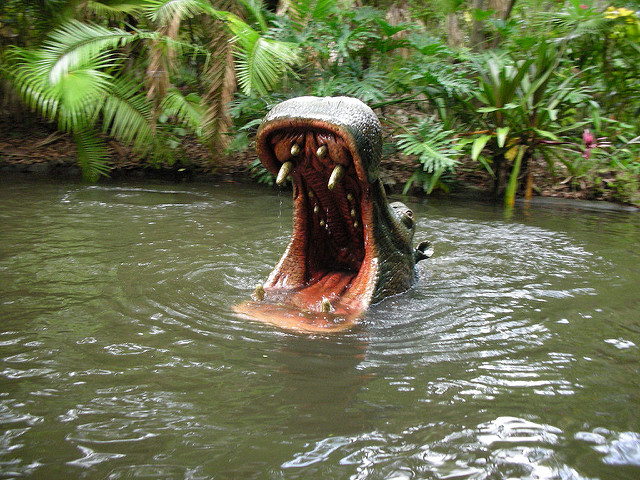 Whether its floating down the Nile River with a Jungle Cruise skipper or singing with the swashbuckling marauders in Pirates of the Carribean, water flows like a lifeblood through the Disney parks. But water can be tricky! It erodes metals and destroys complex machinery with ease. As such, Disney parks employ a talented staff of divers to keep all the precious underwater machinery in tip-top shape. The divers do routine checks of all the underwater pumps that move water around the park (like through the moats near Cinderella Castle) and also check on any submerged audio-animatronics around the park. Divers routinely check the elephants and hippos of the Jungle Cruise to make sure they are ready for another round of explorers! Skipper Nate says “While I’m not a huge fan of hippos (they’ve sunk five of my boats), I am glad that they have someone that goes out there and brushes their teeth, makes sure their makeup looks good! Helps each of my crews truly enjoy the jungle.” 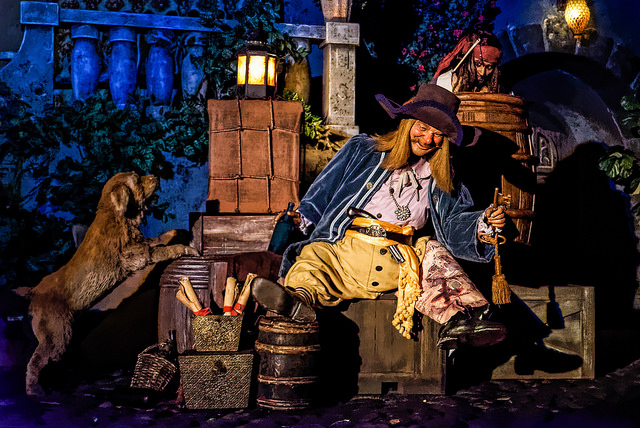 After more than half a century of pillaging and skullduggery, the pirates that staff Pirates of the Carribean often need a new set of clothes! Each animatronic in Disney parks around the world has three costumes in constant rotation. Every night, special cast members perform a careful sweep of the many attractions staffed by audio animatronics to make sure everyone is still Best Dressed. If any item needs to be swapped out, a quick change is made. In a room filled with the hum of sewing machines, new costumes are made and old ones are patched up for another day. Pirates crew member Rendy speaks of the importance of these costume cast members: “I can barely tell if I have a hole in my own shoe! These guys know clothes so well outside and in that they fix problems that I can’t even see! The auctioneer and I are deeply indebted to them.” 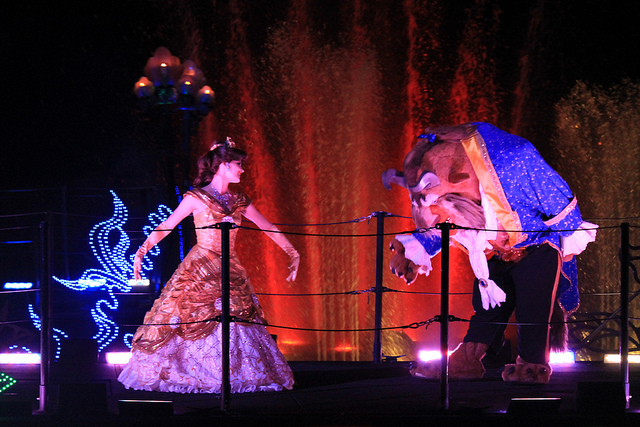 Fantasmic! Beauty and the BeastImage: Loren Javier, Flickr (license) Fantasmic! is an epic nighttime spectacular that fully encompasses a live stage and a river-like waterway surrounding the stage. Boats traverse the river to bring our favorite princesses up close and personal during the show. You may be surprised to learn that those boats are not on a track! In the Disneyland version of Fantasmic!, these are some of the same floats that take guests too and from Tom Sawyer Island. As such, cast members carefully guide the floats in an intricate, interviewing pattern that delights viewers.