How to Decide Which Disney Ticket to Buy

Picking your tickets for a Walt Disney World vacation isn’t a simple process. The sheer size of the Orlando campus is intimidating. Until you’ve visited several times, you won’t fully appreciate the complexity of your trip. All you know right now is that you need admission tickets. Alas, you have lots of variables that muddy the process. Here’s a guide on how to select the right Disney tickets to buy.

How many days should you get?

Image: DisneyYou’ll face many decisions when choosing which tickets to purchase. A key facet that drives all other determinants if your vacation budget. You may need to take a short trip because that’s all the time you can afford to spend at Walt Disney World. It might be all the time you can afford to take off from work, too. That statement applies to approximately 90 percent of the population, and Disney vacations are certainly expensive.

Keeping the financial constraints in mind, let’s talk about a few important basics. Walt Disney World is larger than you can comprehend until you’ve spent a lot of time there. You’ll have more to do on your trip than you’ll have time to do it. Everyone accepts that as the reality of a Disney vacation, which speaks to the genius of your picking the Most Magical Place on Earth as your destination.

While every vacation is different, I do have a few guidelines that I’d suggest for a trip. Unless you’ve visited Walt Disney World frequently, you should plan on a minimum of four nights, preferably five. The thinking here is straightforward. 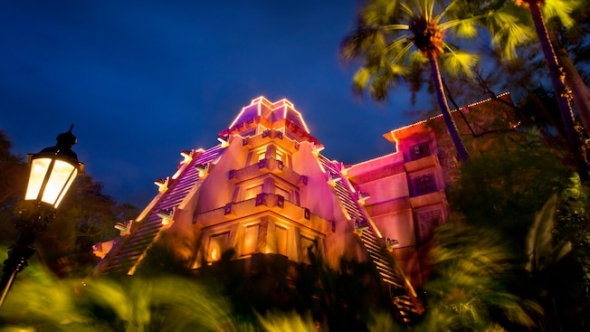 Image: DisneyThe Disney campus features four theme parks: Magic Kingdom, Epcot, Animal Kingdom, and Hollywood Studios. While you could feasibly visit all the parks in less time, you shouldn’t skip any. Pandora – The World of Avatar and Toy Story Land have elevated the less popular parks to the point where you want to spend time in those places, too.

As someone who came up through the travel industry, I’m a fan of the basic six nights, seven days philosophy that has driven vacation strategies for generations now. By spending a full week at Disney, you’ll get to do most if not all of the stuff that you want to do.

So, my recommendations come down to four-to-six nights as the base for admissions. Anything less than that will force you to skip some great park activities, while anything longer borders on overkill. And I say that as someone who frequently spends 10 or 11 nights at Walt Disney World.