The Darkest Disney Moments We Can't Get Enough Of

Jungle Cruise – All the Violence 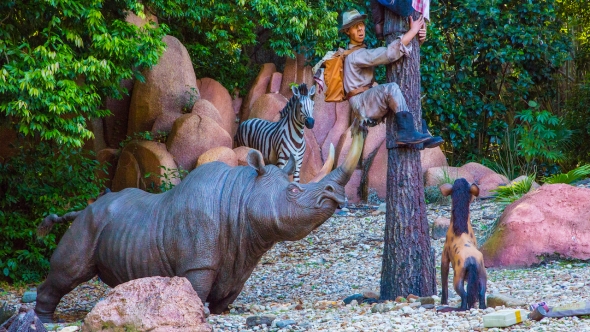 Image: DisneyDuring its earliest days, Jungle Cruise was an admirable celebration of nature, the attraction that most resembled a safari travelogue. Over the years, it morphed into something more humorous and ridiculous. Along the way, a backstory emerged.

Folks, I hate to be the one to tell you this, but a lot of people die on this attraction. That giant cobra isn’t your friend. The abandoned camp overrun by gorillas is where lots of people suffered the same fate as Bruce Campbell in Congo. Those people who get "get the point in the end" are going to be gored to death. And that zebra ain’t sleeping, no matter what your Skipper tells you. Finally and most importantly, when you see the headhunter offering you a two-for-one deal, you’re staring a serial killer. He’s decapitated people, done some witchcraft to reduce the size of the heads, and is now attempting to coerce you to willingly sacrifice your life. This deal makes the poisoned apple offer seem less questionable.

The Many Adventures of Winnie the Pooh – The Heffalump Nightmare 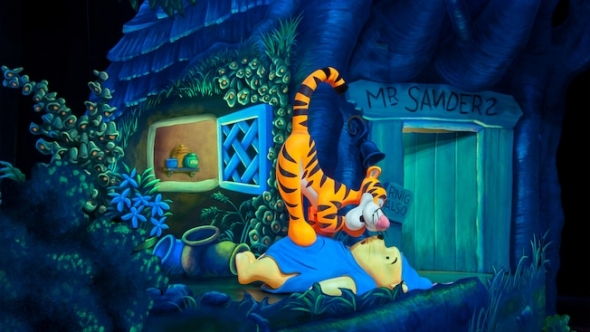 They’re Heffalumps and Woozles, and he believes that they’re the biggest threat to his existence. These beasts could corner the market on honey, leaving him hungry and sad. We can’t have that because as we all know, there’s only room for one sad creature in Pooh’s Corner. That’s Eeyore!

Yes, during The Many Adventures of Winnie the Pooh, creepy monsters from a fevered, LSD-induced dream are on full display. Even worse, these monsters are trying to starve a bear! We have the American Humane Association to avoid behavior like this. 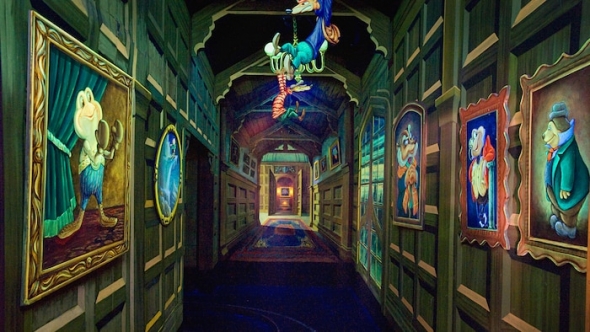 Image: DisneyMr. Toad is a haughty squire with a penchant for the finer things in life. Whenever something seems decadently luxurious, the lord of the manor must possess it. His latest obsession is the automobile, and he acquires one that quickly becomes the bane of his existence.

The theme of Kenneth Grahame’s The Wind in the Willows is camaraderie with doses of forgiveness and redemption thrown in for good measure. Disney’s ride isn’t quite so forgiving. Once the narcissistic Mr. Toad’s life takes a turn for the worse, his love of fast cars becomes the source of his eternal damnation. Yes, I’m still talking about a Disney ride.

While everything happens in a blur, the second half of Mr. Toad’s Wild Ride is a cautionary tale. First Mr. Toad commits all sorts of vehicular crimes, and then a judge sentences him to jail. Not one to respect the legal system, Mr. Toad breaks out thanks to his trusty vehicle…which he promptly crashes into a train. What happens next? We see the afterlife for Mr. Toad. Suffice to say that he is not in The Good Place. Yes, Disney dooms one of its most famous protagonists to Hell. It’s hard to get darker than that.