The 6 Most Beautiful Works of Art at Walt Disney World 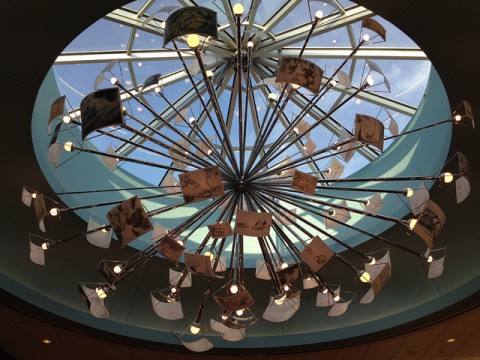 Walt Disney World’s attractions are works of art. There’s no arguing against that, really. It’s impossible to ride the Haunted Mansion or Pirates of the Caribbean and believe anything other than the fact that you just experienced modern pop art.

But, there are other examples of artwork at Walt Disney World — much of it outside the parks. If you’re an art lover, there’s plenty of traditional works to look at and enjoy. Let’s take a look at a few of these. 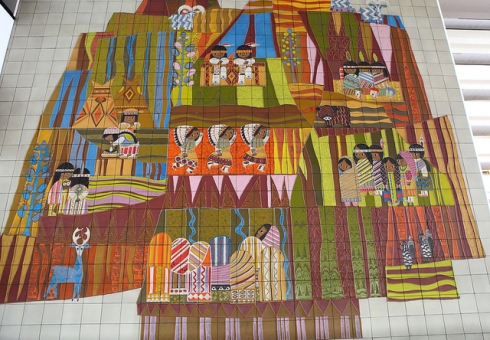 Mary Blair was an utter genius. Her most iconic work, it’s a small world, is so well ingrained in people’s minds that it has become something of a cliche. But when you look at the geometry and color Blair used in that attraction with a fresh eye, it’s hard not to be amazed once again by it.

While that attraction is her most famous work, her vision appears elsewhere in Disney art. And one composition, still on display today, rivals it’s a small world in both complexity and comfort.

The Grand Canyon Concourse at Disney’s Contemporary Resort remains one of the most beloved public spaces at Walt Disney World, and its centerpiece mural — designed by Blair — is as awesome and blissful as the cavernous space itself.

The contrast between the exuberant color in her murals and the neutral color of the rest of the space draws your eye immediately toward the masterwork, and once its there, you’ll find it difficult to pull your eye away.

It remains one of the most highly-regarded works of art at Walt Disney World, with critics reexamining it regularly. 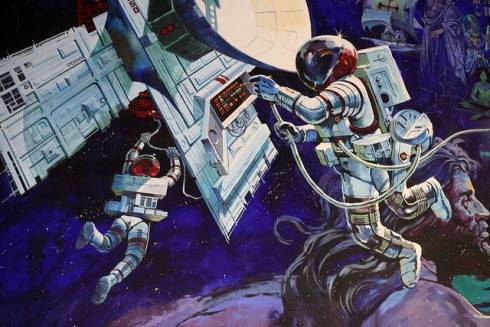 Spaceship Earth, itself, is a singular achievement of architectural brilliance. It is instantly iconic, and still manages to take your breath away — even as the structure grows older and older. The rest of Epcot hasn’t aged quite as well from its mid-1980s glory days, but Spaceship Earth remains as awe-inspiring as ever.

But while the exterior is world famous, the attraction boasts yet another incredible work of art within it — only this one is less iconic and more blink-and-you’ll-miss-it.

Centered on an astronaut, but telling a broader story about communication throughout human history, the exterior entrance mural in front of the attraction is a gorgeous throwback to Disney’s obsession with 2D artwork. Created by Claudio Mozzoli, the mural has survived many refurbishments of the attraction, and remains an important part of Spaceship Earth’s storytelling.

As the attraction lacks a real queue, the structure itself must do much of the early storytelling work. And, Mozzoli's mural -- combined with the iconic shape of the "golf ball" -- sets the tone for the experience that  lies within.