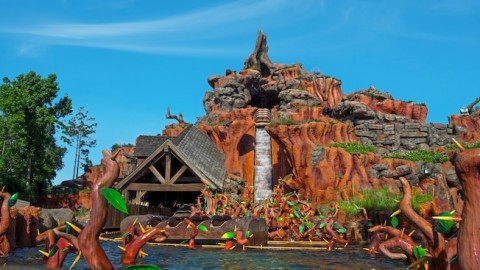 The concept of the theme park wienie is familiar to longtime readers of this site. You know that Walt Disney constructed the Happiest Place on Earth by employing a personal philosophy about architecture. He felt that an impeccably crafted architectural structure would serve as a siren song of sorts for park visitors. They’d see these compositions from afar and feel compelled to visit the area. Both Disneyland and Walt Disney World feature several of these structures. Which one is the best, though? Let’s rank the seven most famous man-made mountains at Disney theme parks. 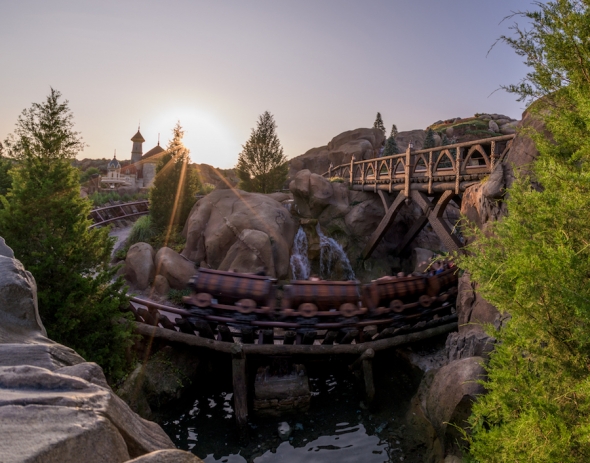 Image: DisneyWhat criteria should we use in deciding the best man-made mountains? The artificial structures should be impressive, right? They should also mean a great deal to Disney history. And the ride itself needs to be great. Otherwise, you’re on the dullest date you’ve ever had with the most attractive person you know. It would be frustrating.

Under these criteria, we’ll take a look at Disney’s main North American mountains, ignoring ones that don’t quite fit such as Grizzly River Run, which doesn’t really use its artificial backdrop during the ride. For this list, only three artificial mountains qualify from the 21st century. Almost everything else is a part of Disney’s glory days.

Keeping this in mind, my love of Seven Dwarfs Mine Train isn’t enough to rank it higher on the list. While each ride causes me jubilation, the 2014 introduction of this attraction means that it lacks history. It’s also the calmest of the rides up for discussion. As for the structure, it’s not even the pinnacle of construction at New Fantasyland. That honor unequivocally goes to Beast’s Castle, the home of Be Our Guest. For these reasons, the wonderfulness of Seven Dwarfs Mine Train isn’t enough to save it from last place.