Is Interactive Gaming a Good Fit for the Disney Parks? 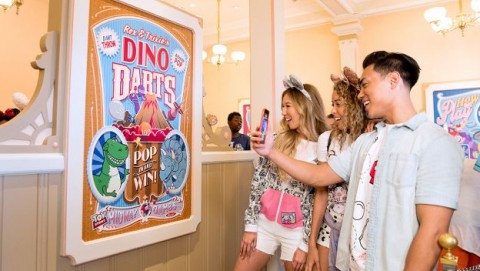 The Disney Parks are well-known for their totally immersive experiences, and they’re finally bringing a little bit of that magic to the long, often interminable lines that precede some of their best attractions. With the Play Disney Parks app, guests are given a plethora of ways to kill that 1-3 hour standby line, from modified versions of Pictionary and Would You Rather? to trivia and mini interactive games that can be enjoyed solo or with a group.

While the games are currently limited to a few choice attractions, the app is free to download, easy to navigate, and has already received positive reviews from parkgoers. Still, it may not be for everyone—particularly those looking for something geared more toward young children or those who tend to revisit the same attraction again and again. Let’s break down some of the pros and cons of Disney’s newest tech-based line diversion and see if it’s really all it’s cracked up to be.

Pro: It enhances the Disney Parks experience, rather than detracting or distracting from it. 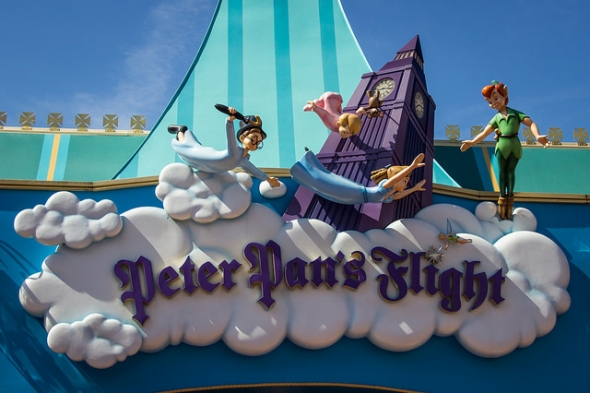 We’ve all been there: As soon as the wait time stretches past 20 minutes or so, we whip out our smartphones to scroll through Instagram, challenge our friends to a round of Heads Up!, or check for nearby Pokémon. There are myriad ways to pass time at the Disney Parks, but not every form of distraction is the same—there are those that keep you immersed in your own little tech bubble, oblivious to the world around you, and those that actively enhance and engage with your surroundings. Thankfully, the Play Disney Parks app falls into the latter category… for the most part. That’s most obviously seen with its Peter Pan’s Flight-based activities, which use polls, “Would you rather?” questions, and a blend of real-life and digital scavenger hunt items to help you better engage with the story behind the attraction. Other mini games, like Slinky Dog Dash’s “Andy’s Board Game Party!”, feel more app-based as you move around a virtual board game with Buzz Lightyear, Rex, and Jessie and compete in challenges against your game partners.

Con: It’s not available for every attraction and can get stale for attractions that have already been experienced. 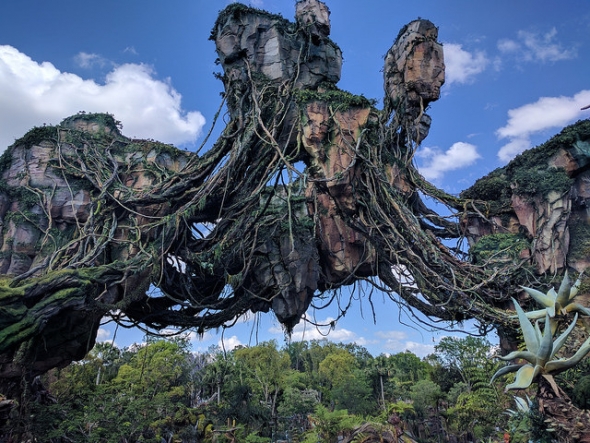 The marquee “mini games” on the app work best for the tourist who only has time to visit each attraction once (and is more likely to elect for the slower standby line rather than speeding through the FASTPASS or single rider lines). The novelty of upgrading your spaceship or hunting for Tinker Bell’s lost items is exciting the first time you try Space Mountain and Peter Pan’s Flight, but it may not be as engrossing during a second trip through the line.

It’s also worth noting that Disney has yet to develop mini games for each of their attractions. In both Disneyland and Magic Kingdom, guests will find “Off to Neverland” at Peter Pan’s Flight and “Rocket Race” at Space Mountain; Disney California Adventure features “Playset Party” at Toy Story Midway Mania and “Disney Colorwheel Challenge” at Pixar Pier (an interactive game that preceded the app); EPCOT offers “Soarin’ Challenge” at Soarin’ Around the World and “Agent P’s World Showcase Adventure” at World Showcase (as with the Colorwheel Challenge, both of these games preceded the app); Disney’s Hollywood Studios has “Playset Party” at Toy Story Midway Mania and “Andy’s Board Game Blast!” at Slinky Dog Dash; and at Animal Kingdom, guests can opt into “Disney’s Animal Kingdom Animal Expeditions” at Maharajah Jungle Trek and Gorilla Falls Exploration Trail. (The app has yet to develop anything to make the five-hour wait for Flight of Passage feel any shorter.)

One important tip: You can “cheat” the app by claiming to be at the entrance of a queue if, say, you’re waiting in line for Splash Mountain but feel like playing a little “Off to Neverland.” Keep in mind, however, that the interactive elements you need to complete some games won’t be accessible as they’re inextricably linked to specific attractions.