7 Disney Resorts You Can Get Lost In 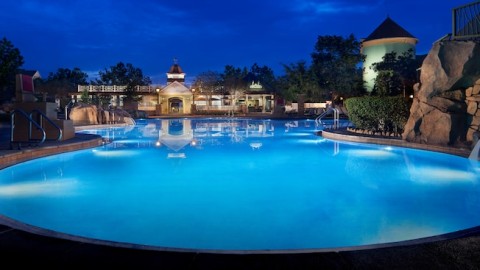 A few months ago, we discussed the most immersive resorts at Walt Disney World, noting which ones would entertain guests while they’re away from the parks. Now, let’s take a look at the other resorts in the Moderate and Deluxe tiers to identify the best of the rest. The rules are still the same. We’re evaluating these gorgeous properties based on how well they match their underlying concept. Here are the other seven best themed resorts at Walt Disney World. 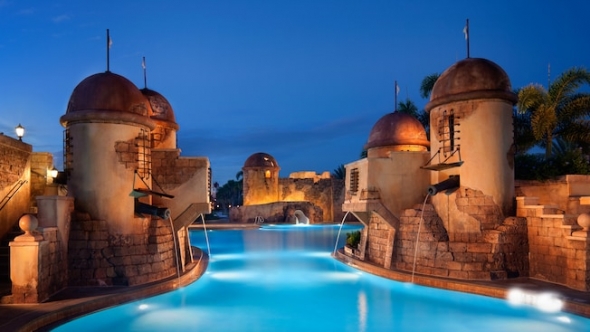 Image: DisneyFor 30 years now, this resort has fostered a beachy vacation getaway theme at the Most Magical Place on Earth. While no one will ever confuse a few days here with a weekend in Jamaica, that’s Disney aspiration for the property. They’ve named six different sections of the resort after Caribbean islands. These Disney “villages” are Aruba, Barbados, Jamaica, Martinique, Trinidad North, and Trinidad South.

Disney has crafted this theme cleverly. The villages all have “shores,” beaches that feature island activities like volleyball, fishing, and biking. There’s also a campground onsite plus a swimming pool at each village. The prime knock with Caribbean Beach that prevents it from being higher on the list is that the rooms are kind of plain and uninspired. Disney’s aware of the issue and currently renovating the entire facility to improve it. 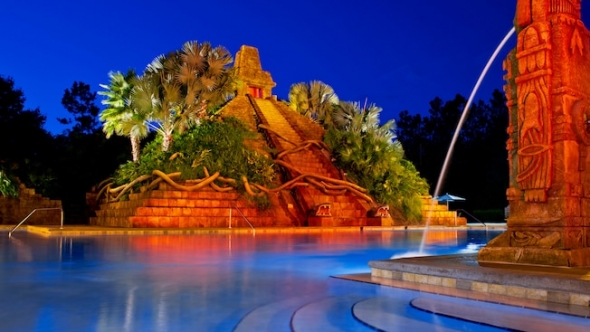 Image: DisneyI’ve always thought of Coronado Springs Resort as something of a mixed message. Disney owns this, as they list the resort as having twin inspirations: colonial Spanish architecture and Southwest American culture. Admittedly, these styles share many similarities, as any Breaking Bad fan knows.

You’ll notice the theming the most here at the pool. Named the Lost City of Cibola Pool, it takes the concept of Aztec ruins to the logical extreme. It’s a “dig site” close to a (fictional) piece of Aztec history. The pool features an abandoned Aztec temple, complete with overgrown tree branches! You can sit on the steps of the temple as you contemplate diving into the pool. It’s one of the most impressive wienies on display at any Disney resort.

The problem is that the imagination on display at the pool isn’t visible elsewhere on the Coronado Springs campus. The building exteriors and the fountain and ceiling in the hotel lobby are the only other remarkable examples of the theming, like icing on mediocre cake. Coronado Springs could be better than it is, and Disney knows this, too. They’re currently building a new 15-story tower on the property that could elevate the theming.