5 Vintage Roller Coasters Every Thrill Junkie HAS to Try 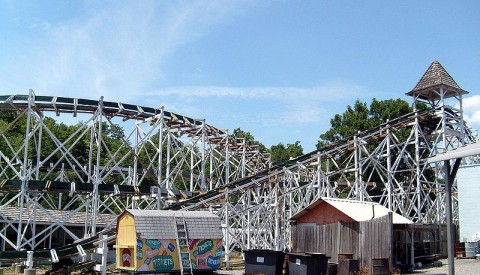 There are many aspects of mainstream, big-budget theme parks that you won’t find anywhere else, from the immersive and interactive theming of Universal Studio Orlando’s Diagon Alley to the lavish nighttime entertainment at the Disneyland Resort and world record-setting thrill rides at Six Flags Magic Mountain. If theme park history is what you’re after, however, you’ll need to branch out beyond most franchised theme parks.

These may not feature 90-degree freefalls and 150-m.p.h. top speeds of more modern marvels, but don’t be quick to dismiss older coasters on sight alone: Some have been running for well over a century and can still pack a punch with the best of them. Interested in taking a (virtual) roller coaster-themed trip around the world? Here are the five rides you need to experience… 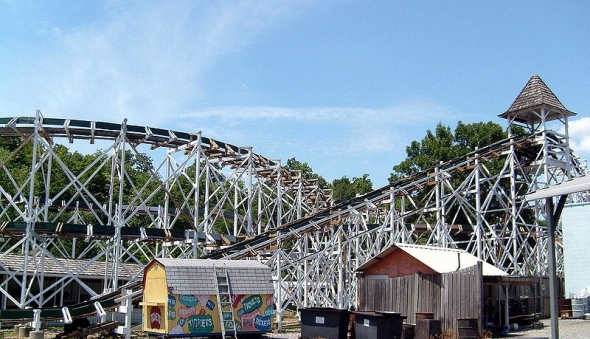 Where to find it: Lakemont Park, Altoona, Pennsylvania

You won’t be able to experience Leap-the-Dips again until the spring of 2019, after Lakemont’s latest renovation cycle is complete, but don’t worry: The oldest surviving roller coaster in the continental United States isn’t going anywhere just yet. Lakemont Park isn’t the oldest amusement park in the U.S.—that title belongs to Connecticut’s Lake Compounce, which officially opened in 1846 and has remained a staple of vintage theme parks over the last 172 years—but it’s been in operation since its days as a trolley park in 1894 and boasts a wide variety of family-friendly activities, including paddle boats, a merry-go-round, and a Ferris Wheel.

Leap-The-Dips itself is a 41-foot-tall wooden figure-eight roller coaster and supposedly one of the last of its kind anywhere in the world. It debuted to the public in 1902 and ran for 83 consecutive years before natural deterioration set in, forcing the park to shelve their iconic coaster for nearly a decade before they were finally able to raise the funds for a much-needed restoration and bring it back in 1999. Given the old-fashioned structural design of the coaster, Leap-The-Dips is more of a novelty than anything else: thrill-seekers will have to look elsewhere if they’re after a roller coaster that pushes beyond this ride’s 10-m.p.h. limit and nine-foot drop. 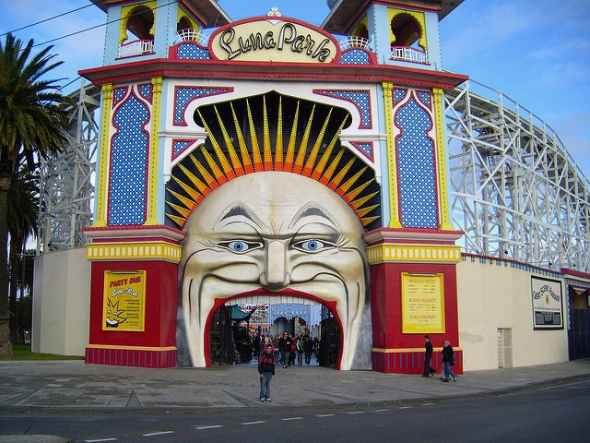 Leap-The-Dips may be the oldest operational roller coaster in the world, but Melbourne’s Scenic Railway is the oldest coaster that has been in continuous operation since its inception in 1912 (that is, it held the title until it was forced to undergo lengthy renovations in 2014). A gravity switchback railway that tops out around 40 m.p.h., the Scenic Railway propels its two-ton train cars down a series of dips and hills before reversing course on its oval-shaped track.

As with most old coasters, frequent refurbishments are both necessary and inevitable, so it’s worth checking the park’s website before planning a visit. The Scenic Railway, in particular, can only be worked on in sections and takes a considerable length of time to get spruced up for the public. The park has been forced to take precautions with the roller coaster after multiple derailments and serious injuries to its passengers over the years. One such measure involves a brake operator, who stands in the middle of the cars and helps regulate the coaster’s speed in order to prevent the cars from over-accelerating on the turns.