It's no secret that Walt Disney World is going through a lot of changes right now, as the resort prepares to reinvent itself for its 50th anniversary. However, with Toy Story Land now open, Star Wars: Galaxy's Edge on the horizon, and Epcot on the cusp of its own reinvention, we thought we'd examine something you might not have considered: what kind of effect these changes will have on Disney Vacation Club. We've asked the experts, so you don't have to!

How much of an attendance boost do you expect Disney to receive from Toy Story Land? Will it be as big as Pandora -- The World of Avatar?

Image: DisneyMelissa Mullett, David’s Vacation Club Rentals: Like with any opening, crowds will be drawn to the new kid on the block. I think that Hollywood Studios will see a considerable increase in their attendance levels. Because Toy Story speaks to such a broad audience and so many generations have been exposed to Toy Story, I think it will appeal to all families young and old. I don't know if it will be as big as The World of Avatar, but I can tell you as a grown woman I am incredibly excited to visit and ride the Slinky Dog Dash. Although it's not as richly themed as Pandora, I do think that it will draw higher than usual crowd levels.

Marissa Vallotton, DVC Resale Market: I do think that there will be a massive attendance boost with Toy Story Land, especially since there is such an affinity for the characters of Toy Story. Also, it seems that any time Disney adds something new, there is a bump up in attendance.

It’s hard to say how it will compete with Avatar, as adding Avatar came along with the addition of nighttime events at Animal Kingdom, which was once considered a half-day park. So, not only did they add a new land there, but Disney also did a good job of marketing the nighttime experience of Animal Kingdom, which helped play to the attendance boost. 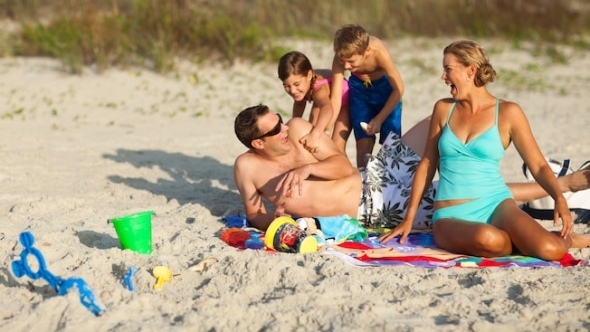 Image: DisneyAdding things like a night show and nighttime safaris made people want to come back to WDW just to experience that.  With Hollywood Studios, the difference is that it already has strong attendance. Still, I do think Toy Story draws more Disney fans overall, and being a mom of a one-year-old, I can imagine my family will be spending a lot of time at Hollywood Studios soon!

Paul Little, The DVC Rental Store: I expect the attendance boost for Toy Story Land will be larger than that for Pandora. Many guests do not have an emotional tie to the Avatar movie in the manner that they do for Disney/Pixar movies or the Harry Potter movies. Because of this, Pandora needed to establish its own identity via the beautify, technology and ride features that it provides. In comparison, the Toy Story movies pulled the viewer into the toys’ world and have become classics. Guests of all ages are looking forward to experiencing the world of these iconic characters.

Kristen Tutas, ResalesDVC: The longevity of the Toy Story franchise coupled with the target audience being younger should bring a much larger crowd than Pandora brought in during its launch. Customers are talking a lot about Toy Story Land and planning vacations around it. I can see this summer being a record-breaker for Disney World and Hollywood Studios.