Best Attractions to Strike a Pose on at Walt Disney World 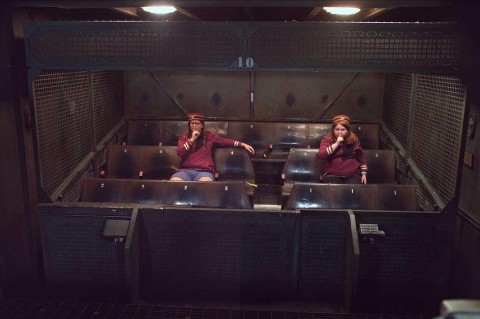 Quick, what’s your favorite part of a theme park ride? Several answers likely jumped to mind, so let me ask another way. What are you most likely to remember years after the fact? The answer is the ride photograph that you took. It is a time capsule that freezes a single instant from the ride for posterity’s sake. You will look at that picture and smile wistfully, remembering fun times at a Disney theme park. Which attractions have the best ones, though? Let’s evaluate the best ride photos at Walt Disney World. 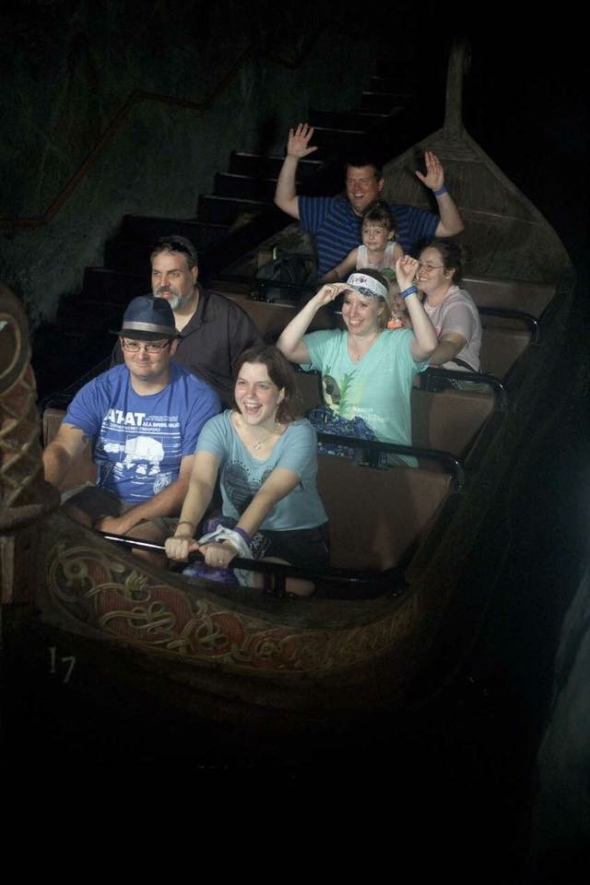 A couple of the rides on this list share a commonality. The entire attraction builds to a seminal moment where the ride cart explodes down a set path. It’s like you’re heading toward oblivion at max speed. Then, the deviously hidden camera clicks, encapsulating your sensations of surprise and wonder in that moment.

Frozen Ever After’s high point isn’t the end of the ride in my opinion. It’s Elsa’s show-stopping performance of Let It Go that’s the centerpiece of Frozen Ever After. Seconds later, however, the path of the boat takes theme park tourists on a secondary journey.

You haphazardly slide down into open waters below. One moment, you’re admiring the giant snow monster and the little snow babies. Then, you’re wet and delighted as the Viking boat’s climactic plunge causes water to explode into the air. At some point between these two events, a camera sneakily takes your picture. The pictures that come from this sensation are tremendous. 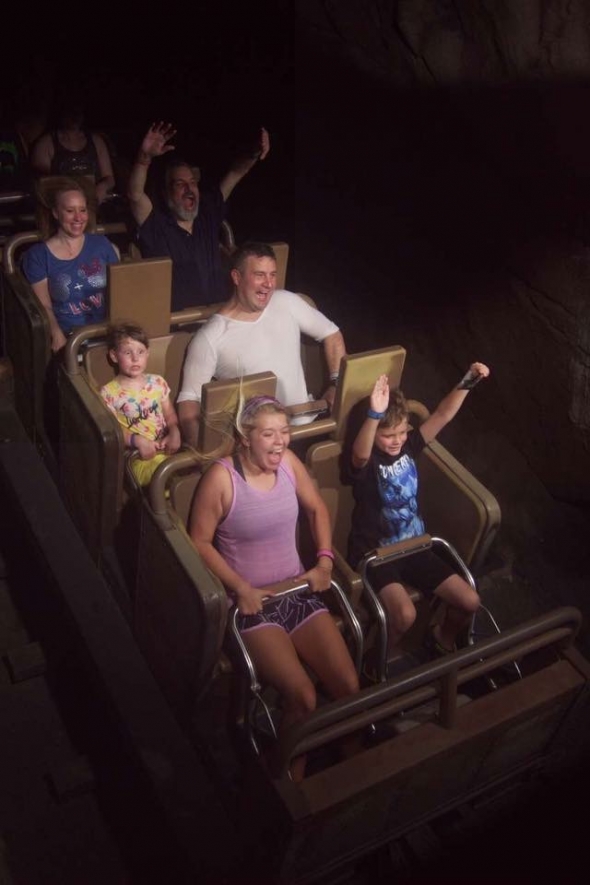 The beauty of this ride photo is that Expedition Everest is such a disorienting experience. You go forward and then back, but you’re never quite sure where you are. That’s an intentional Imagineering trick. Disney uses darkness to confuse you and thereby increase the suspense of the ride.

The first time that you see the Yeti, your surprise is total. Moments later, you’re ready to escape the mountain and soar down its slope at breakneck speed. Immersed in darkness, you’re in the midst of a huge adrenaline surge. At that moment, the camera clicks. The look of intense excitement creates unforgettable images. Some guests look terrified while others seem thrilled. Both reactions are valid, and you might demonstrate each emotion if you ride it multiple times. 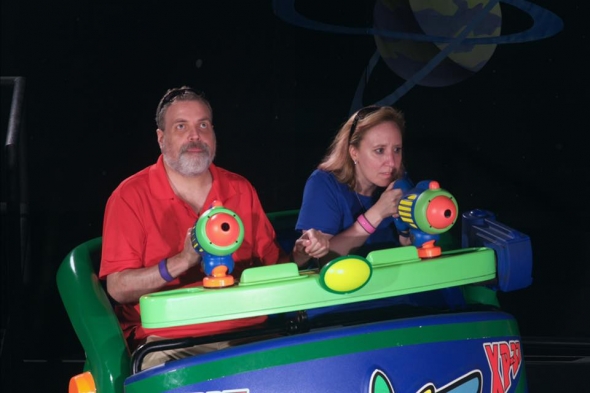 People talk about putting on their game faces. With Buzz Lightyear’s Space Ranger Spin, you have that rare opportunity to see what your game face looks like. When you’re trying to max your score you get so locked into the game that you forget that a camera is lurking in the area. It’s only you depart from the ride cart that you see how ridiculous that you looked in that moment. You may not even look in the direction of the camera at that moment, as the picture above demonstrates.

I presume that my wife is crushing my score as usual, and so I’m desperately searching for that one huge target that will help me clutch victory from the jaws of defeat. I can tell you that this did not happen, as I don’t think I’ve ever won a round of Space Ranger Spin. I love how locked in we both look in the photo, though. It’s impossible to fake that sort of deep focus.