The Definitive List of the "Best" Disney Parks Around The World 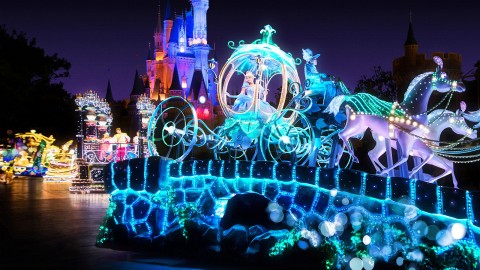 Image: DisneyThe cruel aspect of creating this particular list is that I must exclude a few parks. Hong Kong Disneyland and both parts of Disneyland Paris merited consideration from overseas. Two American parks, Disney’s Hollywood Studios and Disney California Adventure, aren’t quite there at the moment, but they should be night and day better soon.

In perusing the possibilities, I settled on two theme parks that had multiple gates worthy of selection. Those parks are Tokyo Disney Resort and Walt Disney World. The first three entries on this list all come from these two campuses, and they claim two of the top three spots as well.

Image: DisneyTokyo Disneyland merits placement due to its high volume of quality attractions. It has Japanese versions of American staples like Haunted Mansion, It’s a Small World, Jungle Cruise, Pirates of the Caribbean, and Splash Mountain. In terms of sheer volume, it’s every bit as good as Disneyland and Magic Kingdom in this regard. It also features some distinctive attractions such as Pooh’s Hunny Hut and Monsters, Inc. Ride & Go Seek.

The Oriental Land Company has done a masterful job in building a park that’s on a par with the greatest theme parks in the world. They’ve managed to carve out their own niche, too. This will become clear later in the article.