Why Disney (and Universal) Can’t Only Build E-Ticket Attractions 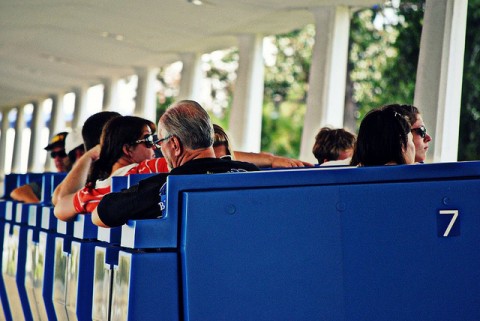 Picture yourself sitting down to enjoy the greatest meal of your life.

I know, that sounds ridiculous. But, then, so too does the idea of building a theme park with only headlining attractions.

Yes, the dream of a Magic Kingdom or Islands of Adventure featuring nothing but the latest and greatest thrills sounds exciting at first, but in reality, a park made up entirely of major attractions would be a park you’d never want to visit.

In Disney parlance, we refer to these types of must-ride attractions as “E-Ticket” attractions — a term borne from Disney’s old practice of categorizing each ride by its demand in a pay-per-ride admission system. While E-Ticket attractions are usually the most visible and major attractions in a park, they aren’t always the most important for that park’s experience.

Just as important are the more minor rides — simple diversions which are enjoyed by many but listed as favorites only by a precious few. These are the attractions like the Walt Disney World Railroad, the Enchanted Tiki Room, the Country Bear Jamboree, and the Tomorrowland Transit Authority. These aren’t the attractions that bring guests to the park, but they still serve a vital purpose in giving guests memories for years to come.

A theme park, like a meal, requires a good balance of attractions in order to be successful — no matter whether it’s Disney, Universal, or even a regional park. Why? Let’s take a look. 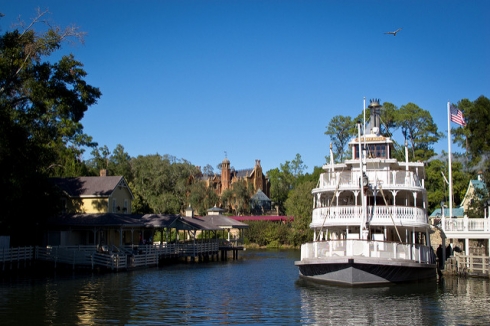 There is no one perfect theme park attraction.

If you’re building a theme park with the intention of attracting as many people as possible, you have to build attractions that can appeal to as many different kinds of guests as possible. You can’t obsess over building the perfect ride. Instead, you should focus on delivering different types of rides.

Look at the exquisitely designed Liberty Square, for example. In this one land, we have one of most iconic E-Ticket attractions in Disney’s history with the Haunted Mansion. But, we also have a much different and not-E-Ticket show in The Hall of Presidents, which appeals to a broadly different group of people. Additionally, we have a scenic-but-relatively-staid riverboat journey, as well as a charming walk-up show featuring the Muppets.

In all, you only have one E-Ticket attraction in this area, but the other attractions are there to provide a reason to visit Liberty Square, even if you aren’t a passionate Haunted Mansion fan, or if the idea of spooky stories creeps you out. That kind of variety helps balance the park by attracting and holding people in all of its lands equally — even if they don’t care for one particular ride.