How to Survive Your First runDisney Race 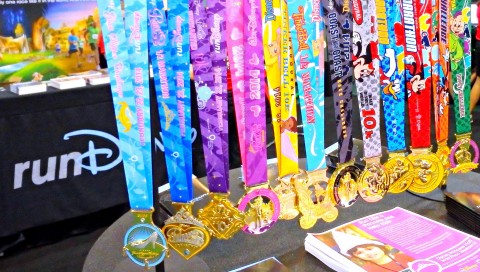 When people hear the words, “Disney vacation,” their first reaction isn’t usually, “Ah, a chance to get some exercise in!” (Unless you count 12+ hours of strolling around the parks scarfing down churros, which I definitely do.) Yet one of the parks’ most popular and well-attended events also happens to be its most strenuous. Don’t let the bedazzled tutus and fancy sneakers fool you… twice a year, thousands of guests flock to Disneyland, Walt Disney World, and Disneyland Paris to run.

Welcome to runDisney races—the Disney Parks’ most cherished tradition for runners of all ages and experience levels. Twice a year, usually in late spring and autumn, the parks play host to a race-filled weekend, beginning with a relaxed “fun run” for the kids, working up to a standard 5K and 10K, and topping off with a half-marathon. This isn’t your neighborhood Color Run, however. Each runDisney race gives runners a chance to participate in select character meet-and-greets, earn colorful Disney-themed medals, and catch a glimpse of some behind-the-scenes areas of the parks—well before the sun comes up over Cinderella Castle.

For beginning runners, or those who simply have yet to sample a full weekend’s worth of races at a Disney resort, the event can feel a tad overwhelming. Wondering where to get started? Let’s go over some tips and tricks to make your first race experience a doozy (in the best way).

Pick the runDisney race that’s right for you. 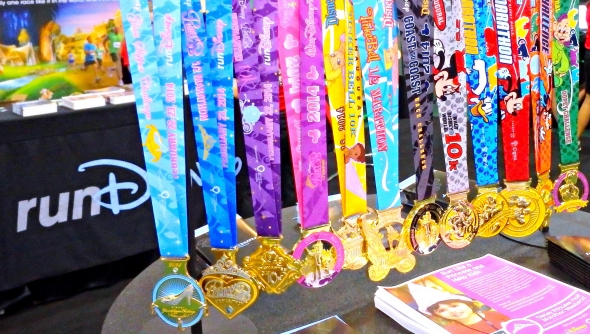 Each runDisney weekend is themed to a film, character, or parks event. Popular races include the Disney Princess Half Marathon, Disneyland Paris Magic Run, Wine & Dine Half Marathon, Tinker Bell Half Marathon, Avengers Super Heroes Half Marathon, Star Wars Dark and Light Side Half Marathon, and even a few Virtual Running Shorts. (With the Disneyland Resort undergoing extensive construction around Star Wars Land, Disneyland-based races have been temporarily cancelled and replaced by the Star Wars Virtual Half Marathon.) While the structure of each weekend usually remains the same from one event to the next, you may prefer a Tinker Bell medal over a BB-8 one, or perhaps you’d prefer to schedule your race for the fall, when you can garnish your post-race celebration with some of the delectable dishes served at Epcot’s annual Food & Wine Festival.

Once you’ve figured out which event appeals to you the most, take a moment to decide which of Disney’s races is best suited to your experience and comfort level. There’s nothing to prevent you from attempting all three races in three days—the 5K, 10K, and half-marathon (and full marathon, should you opt for the original Walt Disney World Marathon)—but if you’d prefer to take things slow, you can purchase registration for each individual race or opt for the 5K/10K or 10K/half-marathon bundle. It’s essential that you plan all of this ahead of the registration period, as some of the most popular races can (and do) sell out within a few minutes.

Another word of advice: If you’re new to running, don’t be intimidated by the lengthier courses or the experience level of your fellow racers. Given enough time, it’s entirely possible to train your way up to a 10K or half-marathon prior to the event, and rest assured that you’ll be among plenty of first-timer racers as well as seasoned pros.