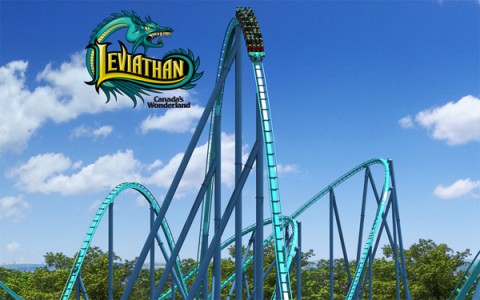 Every theme park in North America offers something special. Some parks have unforgettable dark rides that thrill you with their hypnotic theming. Others have roller coasters that will take your breath away as you soar into the sky, only to return to the ground at breakneck speed.

When you’re debating where to go on your next vacation, the best ride at a park is its strongest selling point. Theme park tourists can and do travel thousands of miles to ride the buzzworthy attractions that garner so much acclaim. In this article, let’s take a look at the eight most popular theme parks in North America, discussing the best ride at each one.

Image: Cedar FairAs much as I love Disney theme parks and as close as I live to the impeccably run Dollywood, the place that’s nearest and dearest to my heart is Cedar Point, the pride of Sandusky, Ohio. My wife and I used to vacation here long before we married, back when the park’s newest ride was blowing people’s minds.

That ride is Millennium Force. If you have ever read any of my mentions of Cedar Point, I’ve breathlessly praised this roller coaster as the pinnacle of thrill ride design. I’m a shameless evangelist for it. No other ride on the planet makes better use of its backdrop.

Set just above Lake Erie, the ascension of the coaster coincides with an improving perspective of gorgeous water below. Oh, and Millennium Force also goes 93 miles per hour while dropping you 300 feet at an 80-degree angle. It’s the one true roller coaster at the roller coaster capital of the world. 3.6 million theme park tourists make a sojourn to the mecca of coaster design each year. All of them are smiling.

Image: Cedar FairCanada’s Wonderland has almost as many roller coasters, 16, as Cedar Point. Don’t view that as a coincidence. Cedar Fair owns both parks, and they prioritize thrill rides over everything else. Their devotion to coasters explains why the park manages 3.7 million guests each year despite being seasonal. Due to the cold winters, it’s impractical to operate such metal-intensive rides during several months. Relative to time open, Canada’s Wonderland should place higher on this list…but that’s not the way we do it, unfortunately.

What are the best attractions at Canada’s Wonderland? Well, my Tim Horton-loving friends – and I’m blessed to have dozens of Canadians in my Ohana – swear by Behemoth, Leviathan, Psyclone, Vortex, Windseeker, and Wild Beast. That’s…a lot of great rides. Theme park tourists have a favorite, and that’s Behemoth. I’m going to politely disagree with you and take Leviathan. I’m a sucker for gigacoasters, and it’s almost as good as Millennium Force. It soars 306 feet in the air and reaches a top speed of 92 miles per hour. You’re gonna wanna ride Leviathan at some point if you haven’t already.