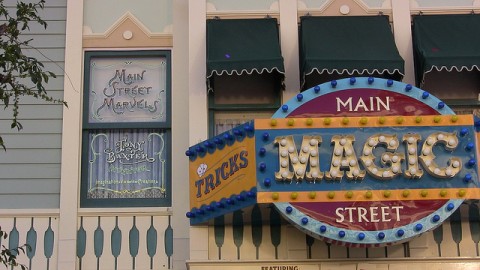 Whether you’re a first-timer or an old-timer, there are myriad ways to experience all the attractions and entertainment featured at the Disney Parks. Perhaps you prefer to take the tourist route, maxing out your time at the parks with as many rides, shows, and churros as you can cram into a single day. Or, perhaps the leisurely approach of the stereotypical Annual Passholder is more your style, as you ditch the two-hour wait for Space Mountain to Instagram the newest millennial pink-ified snack. Maybe you’re going for the family-friendly approach, the single rider experience, the “wade through two hours of L.A. traffic to catch Paint the Night and a Dole Whip before calling it a night” date night.

One interesting way to approach a visit to the parks is through the eyes of the people who built it: the Imagineers. Disney’s team of creative engineers is responsible for designing some of the coolest attractions and special effects you’ll find at a theme park, whether you’re fending off the blaze of the 45-foot-tall animatronic dragon in Fantasmic! or watching transparent specters waltz in the ballroom of the Haunted Mansion.

Here are just a few suggestions to kick off your next visit, Imagineer-style. 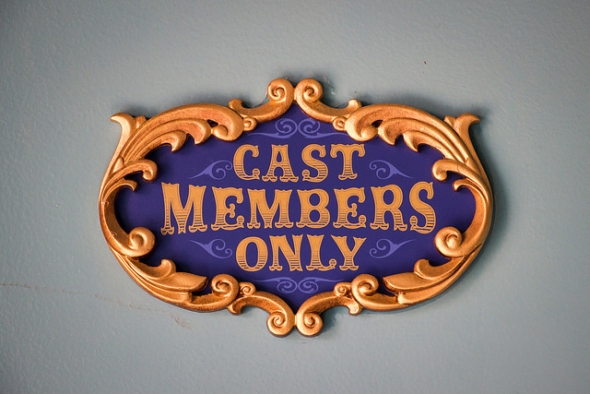 Offered exclusively at the Walt Disney World Resort, the seven-hour Backstage Magic tour is tailored to those Disney guests who long to go beyond the berm. The half-day excursion shuttles guests around Epcot and Magic Kingdom, in addition to cast member-exclusive areas like Creative Costuming, the Central Shops, and Textile Services, among other locations. You may not get super-specific intel on the creation and execution of each magic-making park attraction, but it’s one of the only (legal) ways to go behind-the-scenes at Disney and see what it really takes to outfit a parade, stage a show, and handle a massive number of historical Audio-Animatronic figures.

If cruising the Utilidors and getting up close and personal with an animatronic Mark Twain isn’t your idea of fun, there are a number of other tours that provide a sneak peek at backstage goings-on. Train enthusiasts might enjoy The Magic Behind Our Steam Trains experience, while both the Keys to the Kingdom and Marceline to Magic Kingdom tours provide some insight into Walt’s vision for the park. The most Imagineering-heavy tour isn’t found at Magic Kingdom, but Epcot, where guests can spend four hours on an UnDISCOVERed Future World excursion as they delve into the history of Walt’s failed utopia and pay a brief visit to Cast Services.

There’s no comparable tour to Backstage Magic at the Disneyland Resort just yet, though Adventures by Disney does offer a six-day Backstage Magic vacation package, which allows guests to visit the Jim Henson Company Lot and Walt Disney Studios in addition to normally off-limits areas like Walt’s Disneyland apartment. For those looking for a more relaxed experience (and cheaper price tag), Disneyland offers a few nuggets of behind-the-scenes magic on their signature Walk in Walt’s Disneyland Footsteps Guided Tour.

Dine with a real Disney Imagineer 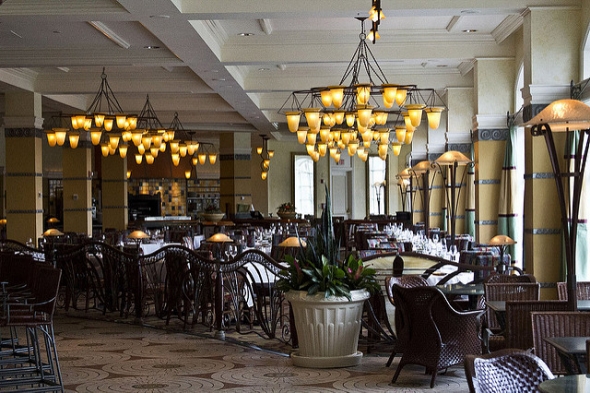 Who better to tell you how to visit the parks like an Imagineer than Imagineers themselves? Like the Backstage Magic tour, this experience is only available to guests (14 and up) at Walt Disney World. Visitors can book a prix fixe meal with an Imagineer in one of two current locations: the Hollywood Brown Derby at Disney Hollywood Studios or Cítricos at the Grand Floridian Resort & Spa. As with the tour, this is not a private experience but a group event, and one that’s both expensive and popular.

Over a four-course meal (complete with a personalized menu and optional commemorative plate), guests are invited to chat with a pre-selected member of Disney’s creative team—which, from past reports, could be anyone from a creative producer to a civil engineer or ride designer. While you won’t be privy to any big secrets the parks are holding onto, there’s ample opportunity to dig a little deeper into the history behind Disney’s most famous innovations.