Behind the Ride: The Twilight Zone Tower of Terror

The Experience: Theming a new building to appear decades old 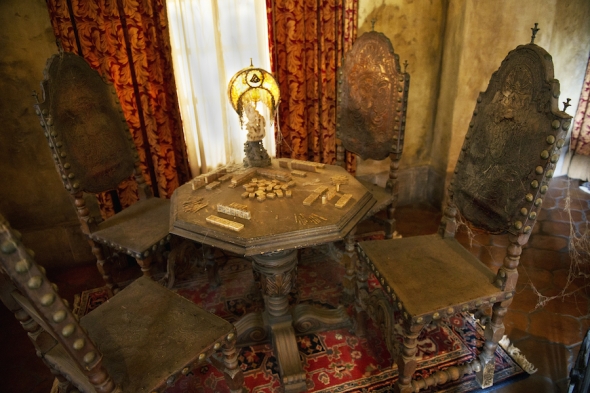 Image: DisneyMost fans of this ride know that the Imagineers working on it did their homework. They watched all 156 episodes of The Twilight Zone during what had to be one of the best work weeks ever. It WAS work, though. Cast members took notes about all of the high points from the series, deciding which elements that they could include at the Hollywood Tower Hotel.

Their shopping list was a weird one. To populate the interior of the hotel, Disney had to acquire plausible items for a hotel lobby. They sought out auction house items at high-profile Los Angeles dealers, ones that would seem right at home in a classic upscale resort. Then, they had to age these items to complete the effect. 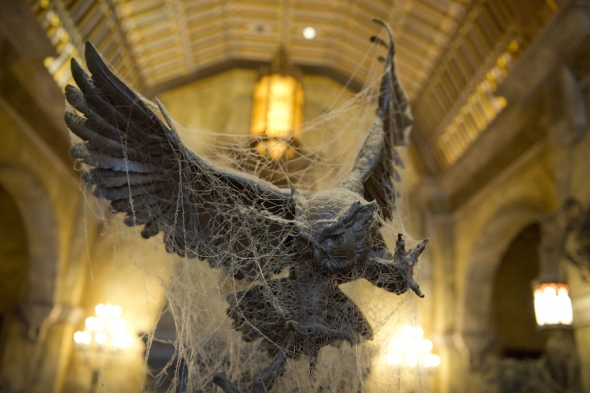 Image: DisneyDisney trivia buffs know that the last guests at the hotel checked in on October 31st, 1939. By the time theme park tourists started visiting again in 1994, it had been abandoned for more than half a century. Everything you see at the hotel is intentionally disheveled, and the theming causes unusual problems for cast members. When they clean up the building, they can’t make it TOO clean. That would break the illusion.

The Easter Eggs are what make the theming special. Little touches populate the building, especially the Library where a television clip plays. In this room alone, you’ll see a Mystic Seer machine, a book entitled To Serve Man, and glasses that belong to the last man on Earth.

Other classic references include a puppet and a signature. The puppet is from the famous episode, The Dummy, and the signature shows the name of the person who approved usage of the doomed elevator. That gentleman is Mr. Cadwallader, whom Twilight Zone fans know is the Devil. Cheeky touches like this one augment the Tower of Terror experience for those who loved the television series.

The Experience: Bringing the dead back to life

The Trick: Using Rod Serling AND a reasonable approximation

No Twilight Zone experience would be complete without the presence of the famed host of the series, Rod Serling. Since he died in 1975, Imagineers faced a unique obstacle. While looking for ideas, they spoke with his widow, Carol Serling.

What Disney wanted to do was bold. Their preferred choice was to show Serling on camera. That’s impossible, right? Since you’ve ridden Tower of Terror, you know that it isn’t. You may not understand how it’s possible, though.

The next time you’re watching the video, pay careful attention to Serling. You’ll realize that his onscreen presence is minimal. It’s his VOICE that’s ubiquitous. Ride designers found the perfect clip for the story that they wanted to tell from an episode entitled It’s a Good Life. In that episode, Serling spoke the magic words, so to speak…or at least some of them. 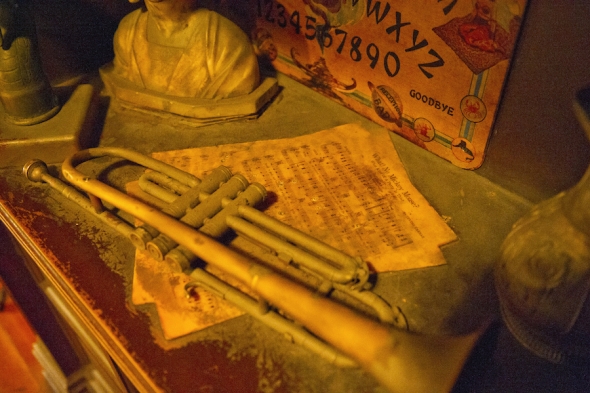 Image: DisneyWith so much narration ongoing, Imagineers couldn’t splice together the entire script. Instead, they used some clever video editing. During Serling’s speech, you’ll notice that the camera cuts away as he speaks the words “maintenance service elevator.” This happens because Serling never uttered those words.

To recite their script, Disney needed someone new, a voice actor capable of imitating Serling perfectly. They underwent an extended casting call before settling on Mark Silverman. His audition earned the approval of Carol Serling, which was good enough for Disney. Much of the dialogue that you hear throughout the attraction is in fact Silverman doing a marvelous impression of Rod Serling rather than Serling himself. You had no idea, did you?