The 7 Best Hotels at Disney Springs 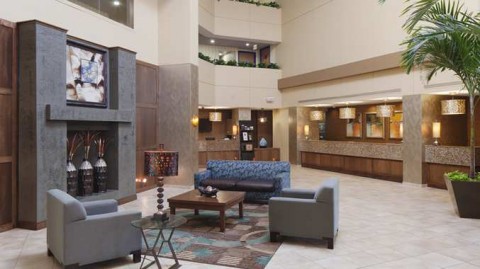 The resorts at Disney Springs recently received an unexpected upgrade. I’m not talking about onsite amenities or the like. Instead, I’m referencing a change in Walt Disney World policy. For the first time ever, these offsite resorts receive some of the same benefits as guests staying at official Disney resorts.

Guests at these seven Disney Springs hotels can link their reservations to My Disney Experience. Once they do, they receive special services such as a 60-day FastPass+ booking window and Extra Magic Hours access. Since these hotels are often significantly cheaper than official Disney resorts AND they have a great location, theme park tourists are more interested than ever before in staying at these properties. Today, let’s rank the Disney Springs resorts to decide which ones are the best and the greatest value. 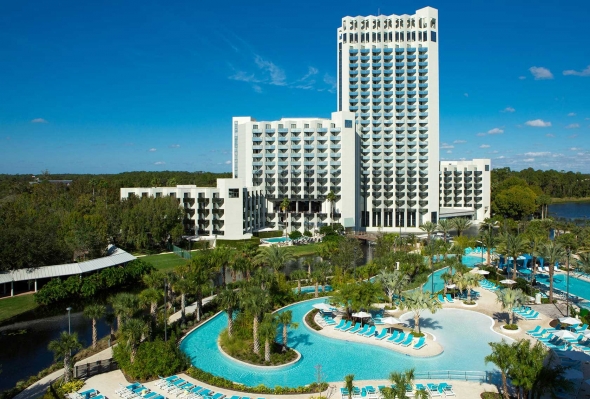 Image: DisneyI’m going to use TripAdvisor rankings and multiple hotel price search sites for these rankings. What I’ll acknowledge upfront is that all of the Disney Springs resorts in question have a ranking of at least 3 ½ stars on TripAdvisor. Overall, they’re middling hotels with grades that reflect this mediocrity.

One of them is noticeably worse than the others, while two are clearly better. Out of those two, one lords above the rest as the clear choice for best property AND greatest value. You really can’t go wrong with any of these seven resorts, though. Nobody has a lousy hotel at Disney Springs. The opportunity cost on that is so savage it would be like throwing away money. Every property up for discussion provides a strong combination of location, price, and amenities. 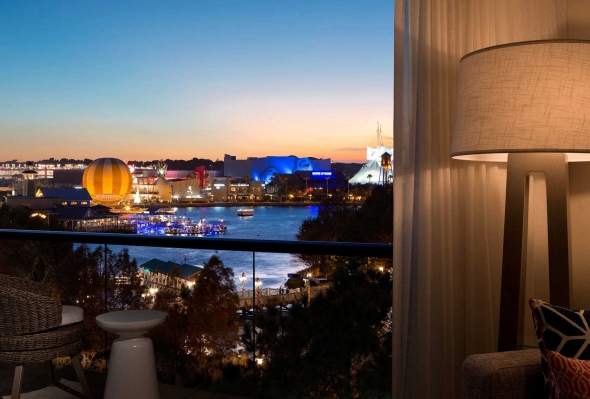 Image: DisneyI say all of this to ease you into the conversation about the “worst” hotel that receives official Disney Springs resort benefits. The Hilton Buena Vista Palace has a grade of 3 ½ stars on TripAdvisor, and it’s only ranked 225th out of 343 hotel options in the greater Orlando area.

These numbers are clearly subpar, but the hotel costs a modest $157 per night at the time of publication. During peak season, its prices can and generally do go up dramatically, but the base rate of $157 isn’t much more than you’d pay for a good hotel in your own city. When you stay here, you’re likely to book a room with a balcony that provides a terrific view of the fireworks and some of the livelier parts of Disney Springs. There’s also a special Disney character breakfast on Sundays at this recently renovated resort. It’s solid value for your money. 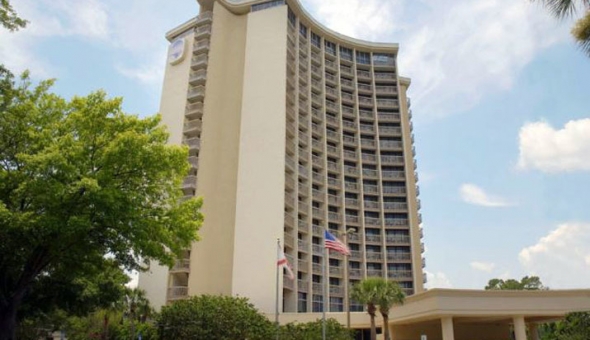 Image: DisneyOne of the quirks of Walt Disney World involves third party hotels. Since corporations can make so much money through a steady flow of theme park tourist traffic, the properties close to the parks are of the highest quality.

I say all of this because I used to work in the hotel industry, and I know from experience that you’re likely making a face when you see the words “Best Western” as a hotel option. No, this isn’t the best brand in the industry. The hotel in question, on the other hand, is quite good. It’s an 18-story high-rise that towers above 12 acres of property. It has a lovely pool and gazebo sitting area, too.

Let’s be honest, though. The price is the primary selling point here. This Best Western costs only $101 a night to start, making it one of the lowest priced resorts in the area. It’s also a 3 ½ star property ranked 199th out of 343 hotels in Orlando. For $101 a night, you’re getting a LOT of value. The only knock is that it’s an aging resort that could use some renovations. 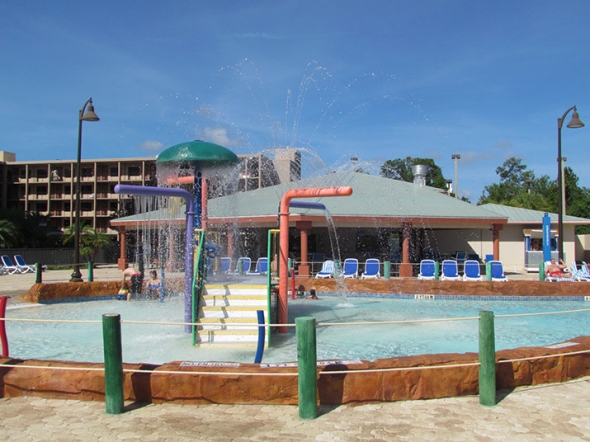 Image: WyndhamThis hotel is an odd corollary to Best Western. Since space near key Walt Disney World locations is at a premium, some major hotel chains acquire properties that aren’t the best representation of the brand. It’s a transactional choice that’s also a cash grab.

When you stay here, you shouldn’t expect the usual Wyndham standards. If anything, it’s kind of motel-ish. Oddly, the lobby and other shared portions of the property are colorful and attractive. The rooms are nice as well. It’s simply the exteriors that are a bit…un-Wyndham.

Once you get past that, you’ll appreciate a lot about the property. It has a character breakfast three days a week, and the reviews are generally good. It’s rated four stars on TripAdvisor, although it’s still only 177th out of 343 Orlando hotels. In terms of value, however, it shines. This hotel currently lists at $89 a night on several major pricing services. That’s better than Disney’s All-Star Resorts for a location that’s at least as good. If budget is determinant, this is the place. Well, almost…